Travis Scott is an American rapper, singer and songwriter. Born as Jacques Webster, he gained limelight in 2012 when he signed his first major label-deal with Epic Records. Not looking back, he ended the year on a high note by inking a deal with Kanye West’s GOOD Music’s, VERY GOOD Beats. To mark his association, he was seen in the label’s 2012 compilation ‘Cruel Summer’. In April 2013, Scott signed a record deal with T.I.'s Grand Hustle imprint as well. Same year, he made his big debut on the music scene with his first full length mixtape ‘Owl Pharaoh’. Scott’s journey as a rapper and singer zoomed further as he followed it with a second mixtape ‘Days Before Rodeo’, in August 2014. However it was the single ‘Antidote’ from his album ‘Rodeo’ that catapulted his career to a glorious future. The single not just became a big hit, but was his first to reach the top 20 of the US Billboard Hot 100 chart. Scott’s career has been soaring high since then and his second album ‘Birds in the Trap Sing McKnight’ and a collaborative album ‘Huncho Jack, Jack Huncho’ have faired extremely well. Cardi B
Rappers #9
Singers #30
31st March In History
DID WE MISS SOMEONE?
CLICK HERE AND TELL US
WE'LL MAKE SURE
THEY'RE HERE A.S.A.P
Quick Facts

American People
Tall Celebrities
Tall Male Celebrities
Male Rappers
Aries Rappers
Childhood & Early Life
Travis Scott was born as Jacques Webster on April 30, 1992 in Houston, Texas. He spent much of his early growing up years in Missouri City, with his grandmother. It was later that he moved to the suburbs to be with his father.
He studied at a private school before enrolling at Elkins High School. He graduated from the same in 2007 and subsequently gained admission at the University of Texas at San Antonio. However, in his sophomore year, Scott dropped out of college to pursue a career in music. Angered by this, his parents stopped supporting him financially.
Continue Reading Below
You May Like

See the events in life of Travis Scott in Chronological Order 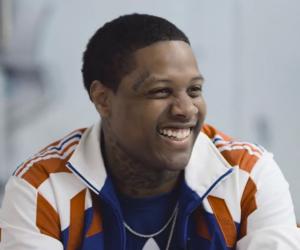