Yul Brynner was an ‘Academy’ award-winning actor. A terrific performer, Brynner impressed millions of viewers with his skills, looks, and bustling energy. Born as a Russian, he made his way in acting in the United States. Though he has played a variety of roles in films and theatre, he is best remembered for his role of ‘King Mongkut of Siam’ in the Rodgers and Hammerstein stage musical ‘The King and I’ for which he won two ‘Tony Awards’ and an ‘Academy Award’ for the film version. He played ‘King Mongkut’ 4,625 times on stage. He shaved his head to portray his character in 'The King and I' and went on to maintain the look as a personal trademark after becoming known for his shaved head. While ‘The King and I’ was the magnum opus of his career, he did several other films, including ‘The Ten Commandments,’ ‘Anastasia,’ ‘The Ultimate Warrior,’ ‘Westworld,’ and ‘Futureworld.’ Also an accomplished guitarist, Yul Brynner often played gypsy songs in Parisian nightclubs early in his career. Additionally, he was also a television director, model, photographer, and author of several books. His father’s extra-marital affair led him to be under the care and guidance of his mother who took the children to Harbin, China. There, he received formal education in a school run by the YMCA.

Fearing a war between Japan and China, she shifted her family to Paris, France in 1932. In France, Yul became musically inclined and started playing guitar in Russian nightclubs.

He trained as a trapeze acrobat and worked in a French circus for about three years before sustaining a back injury which forced him to leave the job and take up a new career. It was then that he turned to acting.

Along with his mother, he migrated to the US in 1940 and started living in New York City. 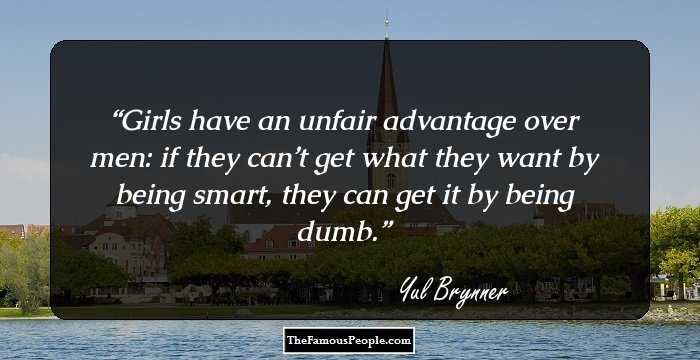 During ‘World War II,’ he started working as a French-speaking radio announcer and commentator for the ‘Office of War Information,’ broadcasting propaganda to occupied France.

Meanwhile, he also trained in acting by learning under Russian acting coach Michael Chekhov. He then toured the country with Chekhov’s theatrical troupe. He made his stage debut with a small role in Shakespeare’s ‘Twelfth Night.’

He then worked in the TV series ‘Mr. Jones and His Neighbors’ followed by the 1946 production of ‘Lute Song’ with Mary Martin. In addition to acting, he also took up several modeling assignments.

He tried his hand at direction at the new CBS television studios. He also starred in the first television talk show ‘Mr and Mrs.’ In 1949, he made his big screen debut with the movie ‘Port of New York.’

Since he already had a successful career as a television director, he resisted acting offers. However, at the insistence of Mary Martin, he auditioned for the role of ‘King Mongkut’ in the Rodgers and Hammerstein stage musical ‘The King and I’ in 1947.

He reprised his role as ‘King Mongkut’ in the film version in 1956 and in a short-lived TV version on CBS in 1972. The film went on to earn him an ‘Academy Award’ for ‘Best Actor.’

After the grand success of ‘The King & I,’ he was cast in several films. He achieved the status of a superstar with his roles in films like ‘The Ten Commandments’ and ‘Anastasia.’

His brilliant acting skills and captivating accent landed him roles in several other films, such as the Biblical epic ‘Solomon and Sheba’ in 1959, in which he played the role of ‘Solomon,’ ‘The Magnificent Seven,’ ‘Taras Bulba,’ and ‘Kings of the Sun.’

Other films that followed were ‘Morituri,’ in which he appeared alongside Marlon Brando, ‘The Madwoman of Chaillot,’ wherein he was cast opposite Katherine Hepburn, and the film version of ‘The Brothers Karamazov’ in which he starred alongside Lee J. Cobb.

Towards the end of his acting career, he played the titular role in the film ‘The Ultimate Warrior’ which was followed by ‘Death Rage’ in 1976, which was his last film.

He did not limit his talent to acting and direction and instead tried his hand at photography, writing, and music. In his lifetime, he penned several books, including ‘Bring Forth the Children: A Journey to the Forgotten People of Europe and the Middle East’ and ‘The Yul Brynner Cookbook: Food Fit for the King and You.’ The books comprised of photos which he had taken.

As a guitarist, he recorded some songs for the film ‘The Brothers Karamazov.’ In 1967, he released an album titled ‘The Gypsy and I: Yul Brynner Sings Gypsy Songs.’ 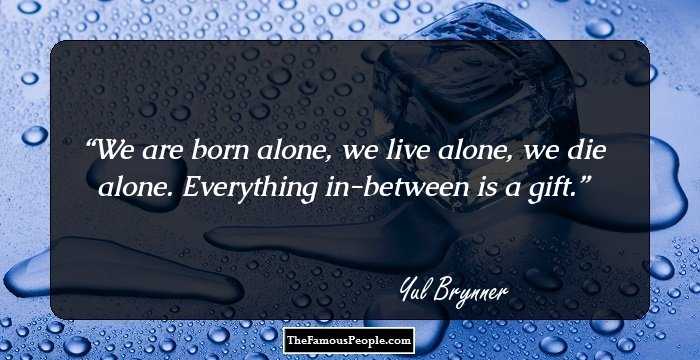 In 1956, he won an ‘Academy Award’ for ‘Best Actor’ for his portrayal of ‘King Mongkut’ in the film version of ‘The King and I.’ Furthermore, for the next two years, he was ranked among ‘Top 10 Stars of the Year.’

He was awarded a star on the ‘Hollywood Walk of Fame’ at 6162 Hollywood Blvd.

He was married four times. His first marriage was with actress Virginia Gilmore from 1944 to 1960. Together, they had a son, Rock Yul Brynner.

Continue Reading Below
In 1959, he fathered a daughter with Frankie Tilden.

In 1960, he married Doris Kleiner. The unison lasted seven years until 1967. They were blessed with a daughter, Victoria Brynner.

He then entered into wedlock with Jacqueline Thion de la Chaume. He was married to her from 1971 to 1981. They adopted two children, Mia and Melody.

He then married Kathy Lee in 1983. They were married for two years until his death in 1985.

He was a heavy smoker; he started smoking at the age of 12. However, he quit smoking in 1971. 12 years later, he was diagnosed with an inoperable lung cancer. He underwent radiation therapy to treat the same.

He died of lung cancer on October 10, 1985, in New York City. His mortal remains were interred in France at Saint-Michel-de-Bois-Aubry Russian Orthodox monastery near Luzé.

The cottage where he stayed during his childhood in Sidimi, near Vladivostok, has been turned into a family museum.

This Russian-born actor shaved his head for his role in ‘The King and I.’ Following its huge success, he continued to shave his head for the rest of his life, though he sometimes wore a wig for certain roles.

See the events in life of Yul Brynner in Chronological Order