Advanced Search
Yakov Dzhugashvili, a Battery Commander in the Soviet Union Red Army during the Second World War, was the eldest son of the revolutionary Soviet leader, Joseph Stalin. He was Stalin’s only child with his first wife Ekaterina 'Kato' Svanidze. His father, known for his lack of compassion even towards his family members, was particularly at odds with his eldest son and had reportedly called him a "mere cobbler" once. While serving in the army during WW2, Dzhugashvili was reportedly captured by or surrendered to the German forces invading the USSR. Disappointed in his son for several reasons, Stalin declined repeated offers to exchange him with captured German officials. It was initially believed that he had committed suicide while being held at the Sachsenhausen concentration camp; however, later findings revealed that he was shot dead by the German guards - either for disobeying orders or for trying to escape. His strained relationship with his father and the controversies regarding his capture and death have kept WW2 scholars wondering long after his death. He was survived by a son and a daughter from his marriage to Jewish dancer Yulia Meltzer. Kato Svanidze
18th March In History
DID WE MISS SOMEONE?
CLICK HERE AND TELL US
WE'LL MAKE SURE
THEY'RE HERE A.S.A.P
Quick Facts

Georgian Celebrities
Russian Celebrities
Georgian Men
Russian Men
Russian Soldiers
Pisces Men
Childhood & Early Life
Yakov Iosifovich Jugashvili was born on 18 March 1907 in the village of Baji, Kutais Governorate, erstwhile Imperial Russia, to Joseph Stalin and his first wife Kato Svanidze. His mother died of typhus two months after his birth, following which, he was raised by his aunts and grandmother in Tiflis till he was 14 years old.
His father, who according to reports truly loved Kato, later married Nadezhda Alliluyeva. The relationship was complicated due to his promiscuity, which prompted her to commit suicide in 1932. Yakov had a step-brother named Vasily and a step-sister named Svetlana from his father's second marriage. He also had an adopted brother named Artyom Sergeev.
In 1921, 14-year-old Dzhugashvili left for Moscow to acquire higher education at the insistence of his uncle Alexander Svanidze. However, before he could apply for university studies, he was required to learn the Russian language as he could only speak Georgian.
Continue Reading Below
Military Service & Capture
Despite having a strained relationship with his father and being critical of the Red Army, Yakov Dzhugashvili joined the army during the Second World War and served as an artillery officer. He was serving in that position when he was captured near Minsk on July 16, 1941 during the early stages of the German invasion of the USSR.
While the official Stalinist propaganda maintained that Dzhugashvili was forcefully captured by the invading German forces, according to his sister Svetlana, Stalin himself believed that his Jewish wife Yulia Meltzer had convinced him to surrender. She wrote in her memoir that her father had imprisoned and tortured Yulia to interrogate her on this issue.
A later report published in the German magazine 'Der Spiegel' in February 2013 provided more details on his capture, such as Dzhugashvili had fought "fearlessly and impeccably" before his battery was bombed by the Germans. The report also printed a letter written by his brigade commissar Alexei Rumyanzev to the Red Army’s political director, detailing how Dzhugashvili and another soldier named Popuride escaped in civilian clothes after burying their papers.
However, according to the letter, he eventually decided to stay behind and rest while telling his companion to keep going. Based on the fact that he wanted to "stay and rest", and that he termed the actions of the Red Army as unwise and idiotic during his interrogation, it is surmised that he himself had surrendered.
The Germans did not miss this opportunity to spread anti-Stalin propaganda and dropped leaflets via planes on Soviet military bases, encouraging them not to shed their blood for Stalin. A leaflets published in 1941 said, "He has already fled to Samara! His own son has surrendered! If Stalin's son has saved himself, then you are not obliged to sacrifice yourself either!"
After the Germans were defeated in the Battle of Stalingrad, they offered to release Dzhugashvili in exchange for their captured Field Marshal Friedrich Paulus. However, his father Stalin refused the exchange, allegedly stating that he "will not exchange a Field Marshal for a lieutenant".
The English-Russian author Nikolai Tolstoy mentioned that Hitler had also offered to exchange Dzhugashvili with his nephew Leo Raubal. However, Stalin refused this offer of negotiation as well, saying that his son was no different from "millions of sons" captured by the Germans.
Death
For years, the official account of Yakov Dzhugashvili's death that he had committed suicide on 14 April 1943 by running into an electric fence in the Sachsenhausen concentration camp, was believed to be true. The fact that his father did not make any efforts for his release, and surrendering to the enemy was considered equivalent to treason in the Red Army, it seemed like a plausible account.
According to recently declassified files, Dzhugashvili was shot in the head by a guard for refusing to obey orders to return to the barracks while walking around the camp. This was considered a more honorable death by Stalin, who reportedly softened slightly towards his son upon hearing about his death.
Another account of his death, recovered by British officers in charge of captured German archives, stated that he was shot during a flee attempt after an argument with fellow British prisoners. The British Foreign Office had initially considered handing over the papers to Stalin at the Potsdam Conference, but decided against it as the Soviets did not know that the British had captured key German archives.
Family & Personal Life
Yakov Dzhugashvili was initially engaged to a Jewish woman named, Zoya Gunina, but his attempt to reveal the engagement to his father at the family's Moscow dacha made the rift between them even worse. Stalin became enraged at the news, which forced Gunina to rush out in tears, while a dejected Dzhugashvili made a failed suicide attempt.
The incident was later revealed by his stepmother Nadezhda Alliluyeva who saw Gunina run away from the house and later tended to Dzhugashvili's injuries. When Stalin learned that Dzhugashvili had missed his heart while firing a gun and hit his lung instead, he reportedly said, "He can't even shoot straight".
At a reception, he met and fell in love with another Jewish woman, famous Odessa-born dancer, Yulia Meltzer. She was at the time married to her second husband, an NKVD officer named Nikolai Bessarab. Dzhugashvili fought him to give her a divorce, following which the officer was arrested by the NKVD and executed.
Dzhugashvili eventually married Meltzer, which further strained his relationship with his father, who called him a thug and an extortionist, and stated that the couple didn't have anything in common. They had two children: a son named Yevgeni, who was born in 1936 and died in 2016, and a daughter named Galina, who was born in 1938 and died in 2007.
Trivia
Yakov Dzhugashvili's son Yevgeny, who had a striking resemblance to Stalin, earned global attention for defending his grandfather’s reputation.

See the events in life of Yakov Dzhugashvili in Chronological Order 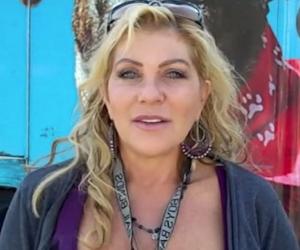