Winston Marshall is the lead guitarist and banjoist of ‘Mumford and Sons’, one of the most popular bands in the world. One of the biggest selling bands in the world, Mumford and Sons was formed in 2007 with Winston as one of the founding members handling banjo, bass guitar, electric guitar, acoustic guitar and also providing background vocals for the band. He also goes by the stage name WN5TN according to the credits of their third studio album ‘Wilder Mind’. He is one among the few banjo players in the world who inspired mainstream music listeners to appreciate banjo music. Interested in music since a very young age he is also enthusiastic about techno music and electronic dance music. He also has a keen interest in rock and roll music and is credited with the band’s offbeat music choices. 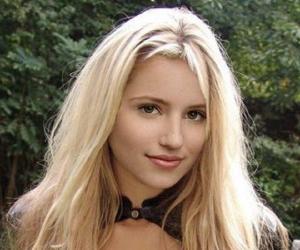 Adele
Podcasters #33
Musicians #1391
Media Personalities #463
DID WE MISS SOMEONE?
CLICK HERE AND TELL US
WE'LL MAKE SURE
THEY'RE HERE A.S.A.P
Quick Facts

British People
British Men
Tall Celebrities
Tall Male Celebrities
Male Musicians
Rise to Stardom
Before Mumford and sons was formed, Winston Marshall used to run jam nights at Bosun’s Locker, a club situated in King’s Road in Fulham. Marshall met Mumford and the other members of the band at the club. Prior to Mumford and Sons, he was part of a band named ‘Captain Kick’ and the ‘Cowboy Ramblers’, a bluegrass sleaze rap band. When he was a part of the band he was known as Country Winston and played banjo and guitar. His banjo music rose to fame with Mumford and Sons. Winston is also credited for the band’s bluegrass music hits and their other unique choices, according to Mumford.
In 2013, Winston assembled a band called Salvador Dali Parton. The ensemble which included Gill Landry of Old Crow Medicine Show, Mike Harris of Apache Relay, Jake Orrall of JEFF the Brotherhood, and Justin Hayward-Young of the Vaccines disbanded six hours after formation. The group gave six performances at five Music City clubs and one suburban house party. In 2016, his interest in techno and electronic dance music spurred him to join the Austrian DJ duo HVOB. They made an album named ‘Silk’ and released their first single called “The Blame Game” in 2017.
You May Like

Sagittarius Men
Family & Personal Life
Winston Aubrey Aladar Marshall was born on December 20, 1987, in Wandsworth, London. He is the son of Paul Marshall, the co-founder of Marshall Wace hedge fund, and Sabina De Balkany. He started playing electric guitar at the age of 13. Later, he began playing banjo and is now lauded as one among the musicians who introduced banjo to mainstream music. Many banjo players say that they were inspired by Marshall to play the instrument.
Winston Marshall was once caught in an intense make out session with famous pop singer Katy Perry in Germany. While both were on separate shows, they met at a nightclub, Schwuz, and left the party to spend the rest of the night at Katy’s private hotel. However, the romance lasted one night as Katy considered it a little fling.
In 2016, Marshall got married to American actress Dianna Agron. The couple had a destination wedding in Morocco. Agron is an American actress who debuted as Jessica Grant on CSI: NY. They were first spotted publicly in the streets of Paris in the summer of 2015. The pair currently resides in New York City.