WillNE is a social media personality and YouTube star who rose to fame with his eponymous YouTube channel. His main channel became a big hit and gave way to a second channel. His Instagram, Twitter and Facebook handles also gained him loyal followers and supporters. What struck in his favour was the content of his channel. Unlike other YouTubers who mostly post everyday events, WillNE gained popularity for his pop culture commentary, reaction videos and personal vlog entries. But what singularly made him a star was his commentary about BG Media. It exploded in a big way and made him a star overnight. Most of his videos posted on his channel have amassed great viewership. An interesting trivia about him is WillNE has square shaped head which makes him an easy target for many ‘quadrilateral’ based jokes. Kate Elisabeth
Vloggers #150
Instagram Stars #396
DID WE MISS SOMEONE?
CLICK HERE AND TELL US
WE'LL MAKE SURE
THEY'RE HERE A.S.A.P
Quick Facts

Also Known As: Will Lenney

British People
Tall Celebrities
Tall Male Celebrities
Male Youtubers
Pisces Youtubers
Rise to Stardom
Social media has brought to forefront varied talent that had no platform previously. And of the many talents hat we have WillNE is definitely one of the rising stars of this medium. His interest in social media led him to turn it into his profession. By the age of 15, he launched his own YouTube channel, WillNE. His channel mostly showcases his comedic vlogs, skits and video commentaries. He also posts various reaction videos and comedy videos. One of his most popular videos is ‘THE QUEEN OF GRIME’. Many of his videos have crossed millions of views. Some of his most viewed videos on his channel are ‘Worst Of My Strange Addiction’, ‘Worlds Cringiest Children Ever Make’, ‘Little Sent For Me’, And ‘Can We Stop This Please’. The popularity of his primary channel led WillNE to launch a second channel called ‘Sub2WillNE’. Apart from YouTube, WiLLNE is extremely active on other social media platforms too. While his Instagram account has more than 275K followers, his Twitter handle has 300K followers. His Facebook account has about 52K followers.
Recommended Lists:

Who Is The Most Popular BTS Member?
Continue Reading Below
Personal Life
WillNe was born as Will Lenney on March 11, 1996 in New Castle, England. WillNE, since an early age, had an inclination for acting and performing which explains his bent towards social media early in his life. By the age of 15, he had started a career in the same. WillNE has made many friends in the industry but is closest to Stephen Tries, and Memeulous. He has made good friends with all of the Sidemen but is closest to miniminter. Together the duo has done multiple videos. Talking about his relationship status, WillNE is single. He has never been involved in any affair nor has been spotted with any girl in public or media. Interestingly, there has never been a rumour as well about his love life as well. 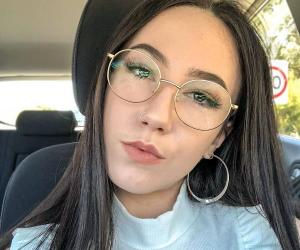