(Known for His Action Roles in Films 'Blade' and 'Passenger 57')

A 5th dan black belt in Shotokan karate, Wesley Snipes is one of the well-known actors in Hollywood today. With his famed film ‘Blade’, he gained a lot of popularity and reached the pinnacle of success. Although he is mostly remembered for his action movies, he is a versatile actor and has excelled in comic roles as well. Action may have brought him numerous feats, but it is not his only forte. Unfortunately, some recent serious legal problems pertaining to tax evasion, have momentarily affected his career. A brilliant actor, Wesley has been the first choice of many filmmakers not only for his action skills but also for his brilliant acting and screen presence. Ever since he entered the film industry, he has been delivering hit performances, which enabled him to work with some of the biggest names in Hollywood. In a very short span of time, Snipes successfully established himself as one of the finest actors in the entertainment business. Ryan Reynolds
31st July In History
DID WE MISS SOMEONE?
CLICK HERE AND TELL US
WE'LL MAKE SURE
THEY'RE HERE A.S.A.P
Quick Facts

American People
Black Actors
Black Film & Theater Personalities
American Men
Florida Actors
Childhood & Early Life
Wesley was born to Wesley R. Snipes, an aircraft engineer and Marian Snipes, a teaching assistant. His family later moved to New York City, where he was raised.
The family resided in The Bronx and young Wesley was sent to an elementary school P.S. 132 and later moved to I.S. 131 for his intermediate studies. For his higher education, he attended the Fiorello H. LaGuardia High School of Music & Art and Performing in 1975.
He graduated from the Jones High School in Orlando in 1980. He actively participated in the school dramas.
Following his graduation, he attended the State University of New York and graduated with a Bachelor of Fine Arts degree in 1985. 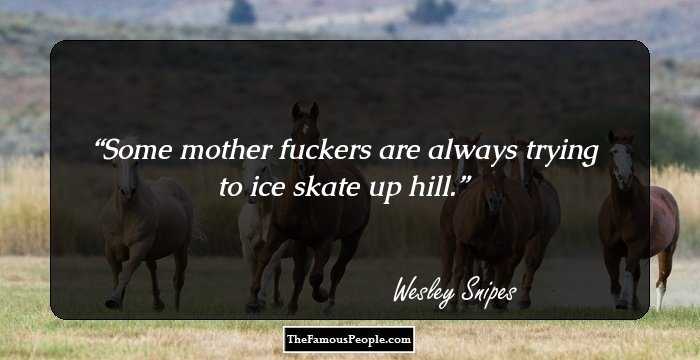 Quotes: Trying
Continue Reading Below
Career
Snipes acted in some television series before coming across a casting agent who promoted his talent and that eventually earned him his debut role in the movie ‘Wildcats’ in 1986.
In 1987, he was cast opposite Michael Jackson in his song video ‘Bad’ as a gang leader.
His performance in the video earned him more significant projects in Hollywood, beginning with the comedy movie ‘Major League’, in 1989.
Director Spike Lee, who liked his performance in ‘Bad’, cast him alongside Denzel Washington in the 1990 film ‘Mo' Better Blues’.
Snipes worked with Lee once again in the drama film ‘Jungle Fever’, which released in 1991. The movie won a lot of critical appreciation and was nominated for several prestigious awards.
In 1994, he played the role of a drug dealer in the TV film ‘Sugar Hill’, which did not receive favorable reviews.
After a long string of action movies, came the 1998 blockbuster ‘Blade’ - a vampire based action film.
The success of ‘Blade’ prompted the filmmakers to come up with its sequel ‘Blade II’ in 2002, which was also a big hit.
‘Blade: Trinity’, also known as ‘Blade III’, was released in 2004. Ryan Reynolds and Jessica Biel also starred in the movie alongside Snipes.
Continue Reading Below
His next theatrical film after ‘Blade: Trinity’ was the 2010 crime drama film ‘Brooklyn's Finest'.
His latest movie ‘Gallowwalker’, a horror film, is set to release in 2013. 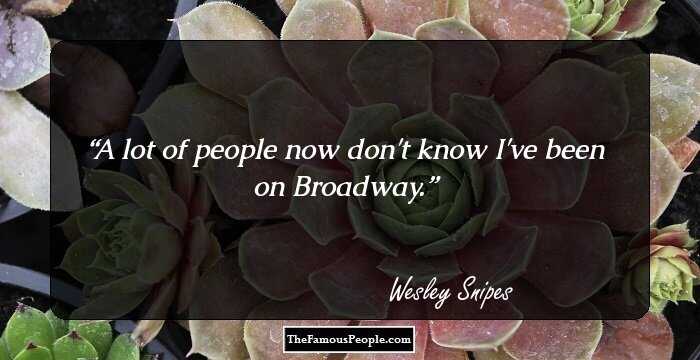 Major Works
Snipes' ‘New Jack City’ was released in 1991. It is a crime film and was well-received by the critics, earning a total of $47,624,353 at the box office.
The movie(s) for which he is remembered the most is the ‘Blade’ series, the first part of which (Blade) was a massive hit - grossing $131.2 million worldwide.
Awards & Achievements
The actor won a Best Actor Volpi Cup in 1997 at the Venice Film Festival for his portrayal of an unfaithful husband in the movie ‘One Night Stand’. The movie was not very well-received by the critics but went on to become a commercial success.
He was awarded a star in the Hollywood Walk of Fame on August 21, 1998, after the success of ‘Blade’. 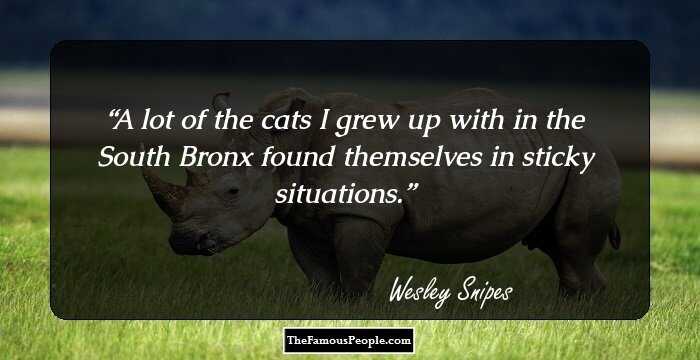 Personal Life & Legacy
His first wife was April Snipes. They got married in 1985 and have a son, Jelani Asar Snipe. The marriage, however, did not last long and the couple got divorced in 1990.
In 2003, he married Nakyung ‘Nikki’ Park, a painter from South Korea, and has four children with her.
He was sentenced to three years in prison on April 24, 2008 for tax evasion. It was found that he was supposed to pay taxes amounting to $2.7 million, but did not file any returns between 1999 and 2001.
While in prison, he appealed to the Supreme Court but the court declined to hear his appeal. The actor was released on April 2, 2013, after serving his sentence.
Trivia
This famous Hollywood actor was filmed in Michael Jackson’s video ‘Bad’, but can only be seen in the 16-minute full length video and not in the popular version of the same.

Quotes By Wesley Snipes | Quote Of The Day | Top 100 Quotes

See the events in life of Wesley Snipes in Chronological Order