Walter Payton was an American footballer who played as a running back for the Chicago Bears of the National Football League. Known as one of the best players in the history of the NFL, Payton was a nine-time Pro Bowl selectee, and held records for career rushing yards, touchdowns, carries, yards from scrimmage, and all-purpose yards. He first gained national attention as a halfback while playing for the Jackson State University. Soon he was selected for the All-American team as well. He performed brilliantly during his four years of college football and was also named the Black College Player of the Year twice. Later he joined the NFL’s Chicago Bears where he continued to display his outstanding skills in football. He was described by his coach Mike Ditka as one of the greatest football players he had ever seen. He retired in 1987 and passed away after a few years at the relatively young age of forty-five after suffering from bile duct cancer. Payton was elected into the Pro Football Hall of Fame in 1993 and the College Football Hall of Fame in 1996. He had also founded a charitable organization named ‘Walter and Connie Payton Foundation’ along with his wife. It aims at helping children and veterans. Cause of Death: Cholangiocarcinoma

American Celebrities
Male Sportspersons
American Sportspersons
American Football
Leo Men
Childhood & Early Life
Walter Jerry Payton was born on 25th July 1954 in Columbia, Mississippi, US. His father was Peter Payton, a factory worker who also played semi-professional football, and his mother was Alyne Payton. He had two siblings.
During his early years, he was involved in various activities such as playing drums in the marching band, as well as in jazz-rock groups.
He studied at the Columbia High School where he was quite successful as a football player and became popular due to his skills. He was often praised by his coach Tommy Davis, who said that he could always count on Payton whenever the team needs to score. 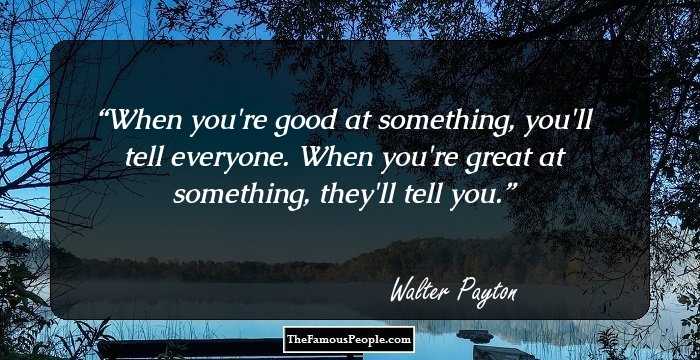 Who Is The Most Popular BTS Member?
Career
Walter Payton joined the Chicago Bears after being drafted in the first round of the 1975 NFL draft. His first game wasn’t very successful. His most notable performance in the season came in the final match played against New Orleans Saints, where he rushed for 134 yards on 20 carries, and finished the season with 679 yards and seven touchdowns.
He made efforts to improve his performance and in 1977, he rushed for a single game-record 275 yards in a game against the Minnesota Vikings, and finished the year as the league’s Most Valuable Player. Only 23 years old at that time, he became the youngest player to have won that honor. He was also designated the Athlete of the Year by the United Press International.
Walter Payton soon gained huge popularity and became a national celebrity. He became known for his speed, shiftiness, and brute power, which no other halfback could match. Before the start of the 1978 season, he was paid for the next three seasons which included $400,000 for 1978, $425,000 for 1979 and $450,000 for 1980, along with incentives and bonuses. This not only reflected his newly found superstar status but also conveyed that the Bears were now expecting much more from him.
Though Payton’s performance was good in the 1978 season with 1,395 yards, the team’s overall performance declined under the new coach Neill Armstrong. The team’s performance didn’t improve much the following year either, as Payton was injured most of the season with cracked ribs as well as sore shoulders. He slipped to 1,222 yards, and failed to win the NFC.
The Bears continued to struggle over the next few years. They then hired Mike Ditka as the new head coach. The team performed averagely in the 1982 and 1983 seasons.
The team’s performance was a lot better during the 1984 season. The team finished the season 10-6, and the most significant part was that Payton broke the 19-year record of 12,312 yards by Jim Brown. He finished the season with 1684 yards and caught 45 passes as well, which set a new receiving record for the Bears.
The team was at its best during the 1985 season. After displaying a brilliant performance in the regular season, they finally entered the SuperBowl where they played against New England Patriots. Though the Bears beat New England with a score of 46-10, Payton still seemed unhappy as he personally had not scored a touchdown.
The Bears continued to play well in the following year, and showed signs of emerging the champion again. Payton rushed for 1,333 yards and 37 receptions. However, the team lost momentum in the playoffs, after being beaten by Washington with a 27-13 score.
Payton retired after the 1987 season. Over his entire career, he had rushed for 16,726 yards, breaking the record for most rushing yards by any NFL player ever.
Continue Reading Below
Following his retirement from a sporting career, he pursued various business interests. He became a co-owner of Dale Coyne Racing in the CART IndyCar World Series and even drove in several Trans-Am Series events. He was also one of the co-owners of the Walter Payton Roundhouse, a restaurant situated in Aurora, Illinois. 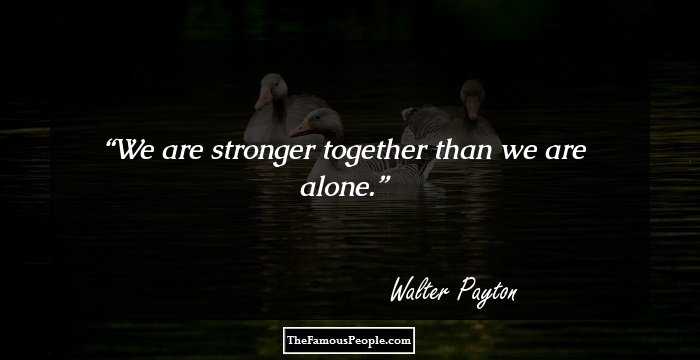 Quotes: Together, Alone
Awards & Achievements
In 1993, Walter Payton was inducted into the Pro Football Hall of Fame.
He was inducted as a laureate of the Lincoln Academy of Illinois and also awarded the Order of Lincoln, which is the state’s highest honor, for his contribution to sports.
Family & Personal Life
Walter Payton was married to Connie Norwood from 1976 to his death in 1999. The couple had two children named Jarrett and Brittney Payton.
He passed away on 1 November 1999. He had been suffering from a rare autoimmune liver disease called primary sclerosing cholangitis, which eventually led to bile duct cancer. During the final days of his life, he advocated for organ transplants and also appeared in commercials where he encouraged people to donate organs to save lives. However, his own illness had already reached an advanced stage by then, nullifying transplantation as an option for him.
Walter Payton’s legacy continues through his charity organization which he had founded along with his wife—The Walter and Connie Payton Foundation. His memories continue to inspire contemporary players even long after his death.
The Walter Payton Award is presented to the top player in the Football Subdivision of College Football every year. 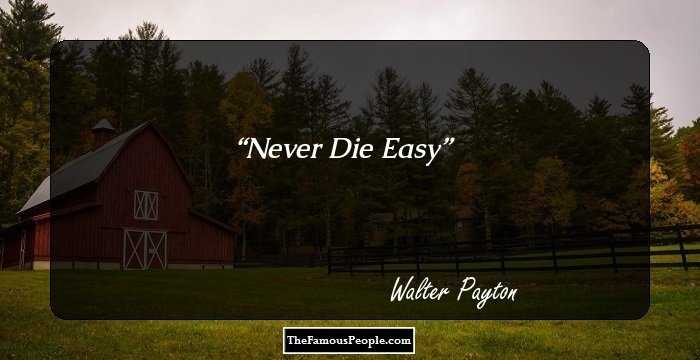 See the events in life of Walter Payton in Chronological Order