Vincent Neil Wharton is an American musician, best known as the lead vocalist of ‘Mötley Crüe,’ the heavy metal band he co-founded in April 1981. Neil was the last long-term group member to join the band, which was conceived in January 1981, when bassist Nikki Sixx began rehearsing with drummer Tommy Lee. They quickly decided to form a new band and began a search for possible members, bringing in guitarist Mick Mars in the process. The band was still looking for a lead vocalist. Mars saw Neil perform with the band ‘Rock Candy’ in Hollywood and suggested that they ask Neil to join the band. Lee, who knew Vince Neil from their high-school days, agreed, but Neil rejected the deal, as he was happy where he was. However, as the other members of ‘Rock Candy’ became involved in other projects, Neil grew more interested in trying something new. Thus, when Lee asked him again, Neil accepted the offer and joined ‘Mötley Crüe’ on April 1, 1981, to complete the line-up. Neil left ‘Mötley Crüe’ in 1992, following some disagreements within the band. Soon, he began a solo career. Though he was persuaded to rejoin the band in 1997, he also released four albums as a solo artist. Neil is known for his highly erratic personal life and has experienced a long list of drug and alcohol-related problems which have led to multiple arrests and convictions, including one for “vehicular manslaughter.” Rob Zombie
DID WE MISS SOMEONE?
CLICK HERE AND TELL US
WE'LL MAKE SURE
THEY'RE HERE A.S.A.P
Quick Facts

American People
Heavy Metal Musicians
American Men
California Musicians
Male Singers
Childhood & Early Life
Neil was born in Hollywood, California, on February 8, 1961. During the 1960s, his family moved around in Southern California, first moving to Inglewood and then to Watts, before finally settling in Glendora. There, Neil attended the ‘Sunflower Intermediate School’ and then the nearby ‘Royal Oak High School’ in Covina, where he met Tommy Lee. Apart from having a keen interest in music, as a teenager, Neil also enjoyed basketball, football, baseball, surfing, and wrestling. However, music was his first love and he began playing and singing with school bands and buddy bands at the age of 14 or 15. He joined ‘Rock Candy’ when he was just 17 years old. He had just turned 18 when he joined ‘Mötley Crüe.’ He married his first wife later that year.
Neil was arrested for the first time (not considering the teenage misdemeanors) in December 1984 and was found guilty of “vehicular manslaughter,” having caused the death of ‘Hanoi Rocks’ drummer Nicholas Dingley, aka “Razzle,” in a car crash. Neil spent 15 days in jail, was on probation for 5 years, did 200 hours of community service, and paid $2.6 million in restitution to the victims of the crash. 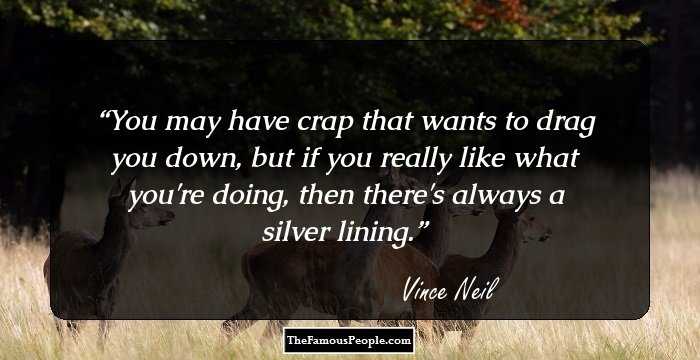 Continue Reading Below
Career
Neil was lead singer of ‘Mötley Crüe’ throughout the 1980s. During this time, the band released its first album, ‘Too Fast for Love’ (1981). This was followed by a long streak of successful album releases: 1983’s ‘Shout at the Devil’ (which established ‘Mötley Crüe’ as a big stage band), 1985's ‘Theatre of Pain’ (which Neil dedicated to his victim, “Razzle”), the 1987 smash hit ‘Girls, Girls, Girls,’ and 1989's ‘Dr. Feelgood,’ their highest-selling album ever. This long string of highly successful album releases established Neil as the frontman of one of the biggest hard rock bands of the 1980s. However, following the release of the band's 10-year retrospective, ‘Decade of Decadence 81-91’ (which was their first compilation album), Neil quit ‘Mötley Crüe’ in February 1992.
After leaving ‘Mötley Crüe,’ Neil focused on his solo career and released his first solo album, ‘Exposed,’ in 1993, which hit the ‘Billboard’ chart at number 13. Neil later toured for promoting the album, opening for the ‘Van Halen’ tour of 1994.
In September 1995, Neil released his second solo effort, ‘Carved in Stone,’ an edgy industrial album. Its release was delayed while Neil dealt with a family crisis. His daughter, Skylar, had fallen gravely ill. ‘Carved in Stone’ reached number 139 on the ‘Billboard chart and sold less than 100,000 copies.
Although Neil rejoined ‘Mötley Crüe’ in 1997, he continued to pursue individual opportunities and released his third solo album, ‘Tattoos & Tequila,’ in 2010. He had already released ‘Live at the Whisky: One Night Only,’ a live recording of him singing a variety of ‘Mötley Crüe’ back tracks, in 2003.
‘Tattoos & Tequila’ was the soundtrack to the autobiographical book Neil launched in the same year. The book was named ‘Tattoos & Tequila: To Hell and Back with One of Rock's Most Notorious Frontmen.’ Each song of the album was based on a chapter in the book.
Neil rejoined Mötley Crüe in 1997. Later that year, the band released its seventh studio album, ‘Generation Swine,’ followed by ‘New Tattoo’ in 2000, the compilation album ‘Red, White and Crüe’ in 2005, and the last album featuring Neil and the other three original band members, ‘Saints of Los Angeles,’ in 2008. Following ‘Mötley Crüe’s ‘The Final Tour’ of 2014 and 2015, Neil announced (in September 2018) that the band had reformed again and had plans to release new music.
Neil has also ventured into a wide variety of business ventures. He has launched his own clubs and shops. He has his own tattoo parlor, ‘Vince Neil Ink,’ in Las Vegas. He has also been associated with several wineries and has even introduced his own brand of tequila, ‘Tres Rios.’ Neil also owned shares in various clubs, eateries, and football teams, but none of these interests seem to have lasted long. He has also appeared in a few cameo roles on TV. He has been featured in movies such as ‘Police Academy 6: City Under Siege’ (1989). 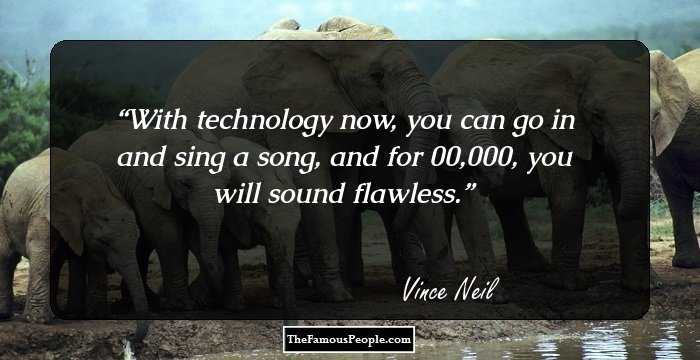 Family & Personal Life
Vincent Neil Wharton was born on February 8, 1961, in Hollywood, California, to Shirley Ortiz and Clois Wharton. Neil married Beth Lynn in 1981. However, they divorced in 1985.
In April 1987, Neil married Sharise Ruddell. They divorced in 1993.
In early 1993, Neil began dating actor and former ‘Playboy’ “playmate” Heidi Mark. The two were engaged within 2 months but did not get married until 2000. However, after only 15 months of marriage, the couple divorced in 2001, quoting irreconcilable differences.
Neil married his fourth wife, Lia Gerardini, in January 2005. In 2010, Neil announced their separation.
Neil had one child, his daughter, Skylar (born on March 26, 1991), from his marriage to Sharise Ruddell. Unfortunately, Skylar was diagnosed with cancer while Neil was recording his album ‘Carved in Stone.’ She died on August 15, 1995. He founded the ‘Skylar Neil Memorial Fund’ in her memory. The organization raises awareness and gathers funds for various children's illnesses.
Trivia
He had formed his own car racing team, ‘Vince Neil Racing,’ and was an avid racer till he met with an accident during a race in Long Beach in 1992. 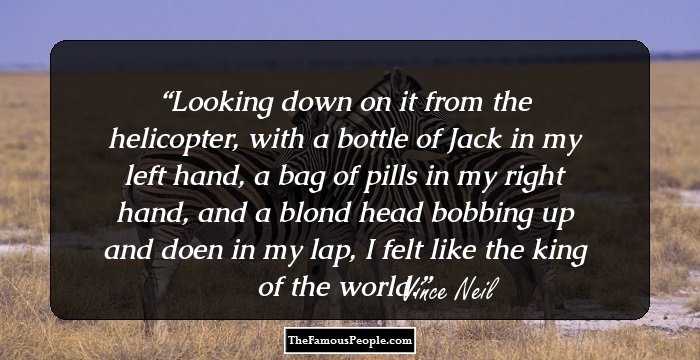 See the events in life of Vince Neil in Chronological Order