The very mention of Vida Guerra brings the image of an extremely hot, beautiful, and sensuous model who has over the years reigned over millions of hearts across the world as one of the most voluptuous and seductive models. This Cuban-born Latin beauty raised in the US took part in several fashion shows and music videos from an early age. Her real breakthrough in modelling came in the early 2000s when she featured in US edition of the ‘FHM’ magazine that was soon flooded with requests of more photos of the diva. This led her to work more with ‘FHM’ and also paved her way into other modelling assignments and photo shoots with various publication houses and photographers. Eventually, she became one of the most in-demand models featuring in several magazines like ‘Open Your Eyes’, ‘Escape’, ‘Smooth’ and ‘DUB’, many a times appearing as a cover girl. She also endeavoured into acting with films like ‘Sardines’ and ‘National Lampoon's Dorm Daze 2’ and featured in music videos like ‘Shake Ya Tailfeather’ and ‘The New Workout Plan’. Nydia Stone
Models #710
Fashion #816
Continue Reading Below
19th March In History
DID WE MISS SOMEONE?
CLICK HERE AND TELL US
WE'LL MAKE SURE
THEY'RE HERE A.S.A.P
Quick Facts

Cuban People
Pisces Models
Cuban Models
Female Models
Cuban Female Models
The Meteoric Rise To Stardom
The Latin beauty stepped into the glamour world at an early age taking part in various fashion shows and appearing in music videos. While striving to get a foothold in modelling, she took up a job as loans officer which she quit after hitting it big in December 2002 when the UK monthly men's lifestyle magazine ‘FHM’ featured her in a lingerie photo shoot on their US edition. The feature not only gave her national exposure but also an overwhelming response from readers. Around 70% mails received by ‘FHM’ that month requested for more pictures of Vida Guerra. Adhering to the readers’ demand, ‘FHM’ worked more with Guerra thus featuring more of her photos in the next editions.
In 2004, she became ‘FHM's Model of the Year’ and thereafter gradually started making a mark as a modelling sensation featuring in other men’s magazines like ‘Open Your Eyes’ and ‘Smooth’ and other magazines like ‘Escape’ and DUB’ often appearing as cover girl.
Apart from modelling, she has also appeared in the American Spanish-language entertainment news show, ‘El Gordo y la Flaca,’ and many other Spanish language TV programs. She featured as a musical guest of the American sketch comedy TV series ‘Chappelle's Show’. The advertising campaign ‘Fantasy Ranch’ which promoted the sandwich ‘TenderCrisp Bacon Cheddar Ranch’ introduced by ‘Burger King’, in 2004, featured Guerra capering with Chicken with other female dancers.
Guerra featured in several music videos including that of American rappers Nelly’s, P. Diddy’s and Murphy Lee’s song ‘Shake Ya Tailfeather’ and in American rapper and songwriter, Kayne West’s song ‘The New Workout Plan’ and gradually became an integral part of many music videos.
Vida was voted #26 and #21 in ‘FHM's Top 100 Sexiest Females’ in 2005 and 2006 respectively and also won the ‘Best Butt Award’ of the magazine twice. Her camera phone was allegedly hacked in April 2005 following which several pictures of the beautiful model including started circulating on the web. Guerra, however, claimed that someone else's nude pictures were morphed with her pictures to give a false impression that these were hers. Her first set of pictures without clothes were featured in the ‘Playboy’ magazine’s July 2006 issue. She gives part credit to the April 2005 camera phone incident that inspired her to pose for ‘Playboy’ so that people can actually see how she looks without clothes.
While flourishing with a modelling career and featuring in music videos, she delved into acting. The September 2006 released American mystery comedy film, ‘National Lampoon's Dorm Daze 2’ saw her playing Violet. She was also part of the March 2010 released horror flick ‘Sardines’ and the April 2015 released action drama thriller, ‘Mercy for Angels’. Guerra gave voiceover in the 2006 open world action-adventure video game ‘Scarface: The World Is Yours’. She remained host of the ‘Livin' the Low Life’ show involving low rider cars that featured on the sports-oriented cable and satellite TV network ‘SPEED’. She came out with calendars featuring her in swimsuits that were complimented with “behind the scenes” DVDs. On December 5, 2006, her video titled ‘Vida Guerra: Exposed’ was released that also starred Nick Saglimbeni.
You May Like

Pisces Women
Continue Reading Below
Behind The Curtains
Vida Guerra was born on March 19, 1974, in Havana, Cuba, and relocated to the US with her family at five years of age finally settling in Perth Amboy in New Jersey. A vegetarian by choice, she featured in a 2011 campaign for ‘PETA’ advocating vegetarianism. Although the hot damsel is neither married nor has children, she has had her fare share of link-ups, the list of which seems quite long starting from Derek Jeter, Boog, Frankie J, Chris Evans, and Jeremy Shockey. 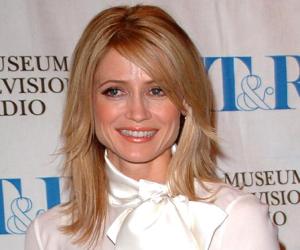