Victoria Gotti is an American writer and a television personality, best known as the daughter of late mafia boss John Gotti. Born and raised in New York City, Victoria grew up among four siblings in a lower middle class family. Her father was not around for much of her childhood, but despite everything, she loved and admired her father all her life. She was good in academics and after completing her high school at the age of 15, she graduated from St. John’s University and embarked on a career as a writer. Throughout her career as an author, she has written books such as ‘Women and Mitral Valve Prolapse’, ‘Superstar’, ‘I’ll Be Watching You’ and ‘The Senator’s Daughter’. She had a fairly successful and acclaimed career as an author. In August 2004, she appeared on the reality show titled ‘Growing Up Gotti’ with three of her sons and later appeared in reality shows such as ‘Celebrity Apprentice’, ‘Mob Wives’ and ‘The Real Housewives of New Jersey’. In 2019, she served as the executive producer and narrator of the documentary film titled ‘Victoria Gotti: My Father’s Daughter’. 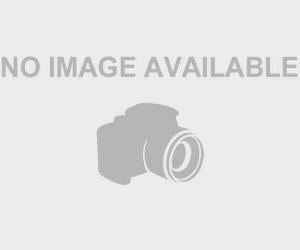 Victoria Gotti was born in Brooklyn, New York City, on November 27, 1962, to John and Victoria Gotti. Her father John Gotti was an Italian while her mother Victoria was half-Italian and half-Russian. Victoria was named after her mother and was raised among four siblings. She told in an interview that her father had ‘stolen’ her from the hospital in which she was born as he did not have enough money to pay the hospital bills.

As a kid, she was shy and was so quiet that for many years after her birth, her parents wondered whether she was autistic. Many people believe that the Gottis were rich people and lived a lavish lifestyle, while Victoria has claimed that she grew up in a very lower middle class house in a poor Italian neighbourhood.

The family lived in a two storey house in Howard Beach. She wore clothes made by her mother and had her haircuts by her as well. The family also followed some very strict traditional Italian customs and the daughters in the family were not allowed to stay out for long. Victoria’s boyfriends also had to go through a proper screening done on them by her father.

Her father was often in and out of the jail and hence, Victoria did not have a very regular presence of her father in her life. Their mother did not tell her children that their father had been imprisoned and always made up excuses for John’s absence from the home.

She stated that she was raised in a big family, which somehow became her saving grace to survive the darker times during her growing up years. She also said that her siblings were her best friends.

To overcome problems in her life, Victoria Gotti had found books to be comforting and she became a voracious reader. She was also an excellent student and in high school, she skipped two grades and at the age of 15, she graduated high school, to enter college. She enrolled into the St. John’s University.

Around the same time, she was diagnosed with mitral valve prolapse, which somehow made her feel dizzy and her heart palpitate. This offered some difficulty for her to do everyday tasks with ease but somehow, she managed to focus on her academics and graduate.

As for her career, Victoria Gotti had aspired to become a lawyer ever since she was in high school. But even though she had become a little bit better on her ‘introvert’ nature, she thought her shy nature would come in the way of her becoming a successful lawyer. Hence, she dropped the idea and turned to her other passion, which was writing.

In 1995, Victoria wrote her first book titled ‘Women and Mitral Valve Prolapse’. As the title suggests, the book was based on her struggles with her medical condition. She wrote her personal experiences of dealing with the incurable condition and how she learned to somehow manage it.

The book was highly praised by the doctors and the patients who had suffered from the condition. The nonfiction book had become popular nationwide and also earned her praises from the book critics. This success inspired Victoria to take her writing career further and she began working on her second novel, this time a fictional story.

In 1997, her first fiction book, The Senator’s Daughter was released, which was a crime mystery drama. The book was received well by the readers and the critics alike and was praised for the suspenseful setting and realistic portrayal of the crime underbellies of the country.

She took about one year to write her next fiction novel titled ‘I’ll be Watching You’, which was published in 1998. She followed it with more books such as ‘Superstar’ and ‘Hot Italian Dish’.

However, her most popular book to date was titled ‘This Family of Mine: What It Was Like Growing Up Gotti’, and was released in 2009. The book was her autobiography and highlighted her growing up years of living in a lower middle class household with a father who went on to become one of the most feared mafia bosses of the country.

In the mid-2000s, Victoria Gotti was approached by television producers to star in their upcoming show, which was experimental in nature. The show was titled ‘Growing Up Gotti’ and featured Victoria and her three teenage sons. The pilot episode was shot in July 2004, while the show was picked up for broadcasting seven months later.

The show received some decent reviews and the idea was praised. Victoria was liked by the audiences and the critics alike. The show ran for three successful seasons and was cancelled in December 2005.

Before the third season’s premier, she claimed that she had breast cancer. However, the investigations revealed it to be false. She then defended herself by saying that she had ‘precancerous’ cells in her breasts, however she had not been diagnosed with cancer.

In 2012, she featured on the reality game show titled ‘Celebrity Apprentice’ as one of the candidates. She performed poorly and was eliminated from the show in the second week.

She had been critical of the reality TV show titled ‘Mob Wives’ in the past and said that it was fake and unrealistic. However, she took the chance when she was offered to appear on the show in 2014. She appeared on the episode titled ‘Storm A-Brewin’, for a scene where she was seen guiding another contestant.

In the more recent years, she has served as an executive producer, co-writer and the narrator for the documentary film titled ‘Victoria Gotti: My Father’s Daughter’, which was a dramatic representation of her life and her relationship with her father.

In the past she has served as a writer for the New York Times. Additionally, she has also worked as a reporter on the Fox Television Network.

Despite a notorious family background, Victoria Gotti has shared a very close bond with her family, including her father and brothers. In March 1980, her brother Frank, who was 12 at that time, hit a car with his bike. Soon after the incident, her mother attacked the driver and he ended up getting hospitalized. A few months later, the driver disappeared and was never seen again. It was speculated that John Gotti had something to do with his disappearance, but the case was never solved.

Victoria’s father John Gotti is one of the most notorious gangsters in the American history and yet, Victoria has only kind words to say about him. In 1992, her father was imprisoned for life and despite that, she always favoured him, saying ‘they don’t make men like him anymore, and they never will’.

In 1984, she married Carmine Agnello, against her father’ wishes. The couple had three sons together. Carmine was convicted on the charges of extortion and arson and was imprisoned in early 2000s. In 2003, Victoria divorced him.

See the events in life of Victoria Gotti in Chronological Order