Vanessa Lynn Williams is an American singer, actress and ex-model. She became the first African-American woman to be crowned Miss America in 1983. Thereafter, Vanessa Williams made her mark as a model, singer, songwriter and actor. Though Miss America title helped kick-start her career, the journey did not come easy. She had to resign her title a few weeks before the end of her reign as Penthouse magazine aanounced that they would be publishing her nude photographs. She, however, bounced back from the Miss America controversy and pursued a successful singing and acting career. Her debut album, The Right Stuff,  was a moderate success; it was foillowed by eight more studio albums, each of which received commercial success. As an actress also, Vanessa Williams enjoyed success on stage and screen. For her portrayal of Teri Joseph in in the 1997 comedy-drama film Soul Food , Vanessa received an NAACP Image Award for Outstanding Actress in a Motion Picture. Christina Apple...
18th March In History
DID WE MISS SOMEONE?
CLICK HERE AND TELL US
WE'LL MAKE SURE
THEY'RE HERE A.S.A.P
Quick Facts

Vanessa L Williams was born on March 18, 1963, to Helen L and Milton Augustine Williams Jr in Milwood, New York. She was the eldest of the two children born to the couple. Her parents worked as music teachers.

Inspired by her parents, young Williams took to music at an early age. She learned how to play the piano and French horn. She also got interested in singing and songwriting.

She completed her early education from Horace Greenley High School and later enrolled at Syracuse University for higher education. She majored in musical theatre arts.

She was first bit by the modelling bug during her university days. She participated in and won the Miss Syracuse title after which she became Miss New York. Upon winning the Miss New York title, she contested for the Miss America title.

In September 1983, she became the first African-American to be crowned Miss America. The title realized her parents’ birth announcement when they called her Miss America. She had to resign a few weeks before the end of her rein, as Penthouse magazine announced that they would be publishing her nude pictures.

She followed this up with couple of other singles, such as He’s Got the Look and Dreamin. Dreamin went on to peak at number 8 on the Billboard Hot 100 thus becoming her first number one single on the Hot R&B/Hip-Hop Songs chart. The album went on to achieve gold status in the US.

The success of the first album encouraged her to release her second album, The Comfort Zone. Its single, Running Back To You reached the top twenty status on the Hot 100 charts. She followed this up with The Comfort Zone, Just for Tonight, and Freedom Dance.

Save the Best for Last became the most successful single from The Comfort Zone. The song peaked at number 1 in the US, Australia, Netherlands and Canada. In Japan, Ireland and the UK, it reached the top 5 status. Worldwide, the song recorded 2.2 million copies.

In 1994, she came up with her third album, The Sweetest Days, which included singles Betcha Never, You Can’t Run, The Way That You Love and The Sweetest Days. The album met commercial success and was certified a platinum in the US.

She followed this up with other albums, such as Star Bright in 1996, Next in 1997, a greatest hit compilation album in 1998, Silver & Gold in 2004 and Everlasting Love in 2005. In 2009, she released her eighth studio album, The Real Thing, with its title song peaking at No. 6 on the Billboard Hot Dance Club Songs chart. In total, she sold more than six million records.

Vanessa's first ever acting project was the Broadway production Kiss of the Spider Woman. She next starred as the Witch in Stephen Sondheim's Into the Woods.

In 1991, she made her debut on the big screen with the classic cult film Harley Davidson and the Marlboro Man. She next starred with Arnold Schwarzenegger in Eraser, followed by Dance with Me, opposite Chayanne.

In 1997, she starred in Soul Food. Her role play won her the NAACP Image Award for Outstanding Actress in Motion Picture. Her other film appearances came in My Brother, And Then Came Love, Hannah Montana: The Movie and Temptation: Confessions of a Marriage Counsellor.

In addition to her music and film career, she tried her hand at television and made an appearance in the 1984 show The Love Boat as herself. She followed this up with a couple of guest performances in T.J. Hooker, The Fresh Prince of Bel-Air, Saturday Night Live, Star Trek: Deep Space Nine, LateLine, MADtv, Ally McBeal and Boomtown.

Her other appearances on television include Perry Mason: The Case of the Silenced Singer, The Jacksons: An American Dream as Suzanne de Passe, Bye Bye Birdie, The Odyssey, A Diva’s Christmas Carol, The Courage to Love, South Beach, Ugly Betty and many others.

From 2010 to 2012, she starred in Desperate Housewives as the spoiled rich woman Renee Perry. She also starred in the supernatural drama series 666 Park Avenue, in 2012.

Vanessa also made appearances in several advertisements for RadioShack, Lo’real cosmetics and Crest Rejuvenating Effects Toothpaste. She appeared on the reality show Who Wants to Be a Millionaire as a contestant.

She received nine nominations for Grammy awards in several categories but has never won the award. However, she has received other musical awards, such as Billboard Music Award, Lena Horne Award, NAACP Award, Theatre World Award, and Playboy Magazine Award.

For her acting, she won a number of awards, including NAACP Image Award and Satellite Award.

Vanessa Williams has married twice. Her first marriage was to Ramon Hervey in 1987. The couple was blessed with two daughters and a son. However, they separated in 1997.

She then married the NBA player Rick Fox. The two married in 1999 and were blessed with a daughter in 2000. This marriage too did not work and hit the rocks in 2004.

She is an avid believer of Roman Catholic faith.
She strongly supports gay rights and same sex marriage.

In 2012, along with her mother, Helen, she co-authored the memoir, You Have No Idea. In the book, she gave a detailed account of her childhood, rise to fame, and her personal struggles

In September 2014, she announced her engagement to Jim Skrip, a retired accountant.
Recommended Lists:

She is the first African-American to be crowned Miss America. She won the title for the year 1984 but had to relinquish the same after ten months.

See the events in life of Vanessa Williams in Chronological Order 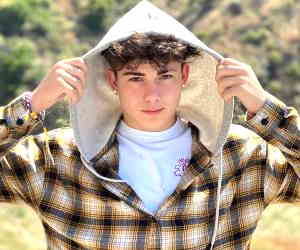