Uri Geller is an entertainer, writer and television personality who gained fame and notoriety from his claims that he has supernatural psychic abilities. After an early stint as a stage performer and magician, Geller's popularity took off after a series of television appearances in which he appeared to bend spoons, start stopped watches and other mysterious feats. Due to his claims that his psychic abilities were the gift of extraterrestrial beings, he came under harsh criticism throughout his entire career from well-known skeptics, including Nobel prize winning physicist Richard Feynman. Many of his critics have been able to reproduce the feats that he attributes to psychic ability by using stage magic, and he has been condemned by many magicians and scientists alike for attempting to pass off stage magic as evidence of supernatural powers. In spite of continuing vocal criticism, he made millions as a professional psychic dowsing for minerals for mining companies. After his first book, an autobiography, was published, he went on to write several books about supernatural abilities, published as non-fiction, as well as several novels. Today he continues to appear publicly in reality television shows both about stage magic as entertainment and about supernatural psychic abilities 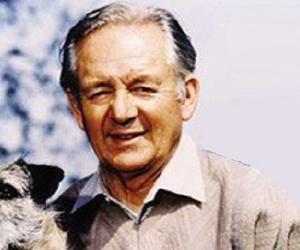 James Herriot
TV Presenters #149
Magicians #14
Writers #667
DID WE MISS SOMEONE?
CLICK HERE AND TELL US
WE'LL MAKE SURE
THEY'RE HERE A.S.A.P
Quick Facts

Israeli People
TV Presenters
Israeli Men
Male Writers
Israeli Writers
Childhood & Early Life
Uri Geller was born to a Hungarian father and an Austrian mother who were both Jewish. He was born in Tel Aviv when it was still part of the British Mandate of Palestine.
Geller's family moved to Nicosia, Cypress, where he grew up and graduated high school. When he was 18 he joined the military, served as a paratrooper in the Israeli Army, and was wounded in the 1967 ‘Six-Day War’.
After he was injured during service, Geller began performing in nightclubs for small audiences. Between 1968 and 1969, he worked as a photographic model before his stage performances began to earn him more popularity.
Continue Reading Below
You May Like

The Hottest Male Celebrities With The Best Abs
Career
Geller's career began with early television appearances in the '70s, wherein he performed many different illusions including bending spoons, describing hidden drawings, and other mysterious tricks. Although he claimed that he achieved these effects through feats of telekinesis and other psychic abilities, many critics and skeptics were quick to debunk his techniques.
A great deal of the public recognition that Geller has achieved comes in the form of litigation and lawsuits against his claimed abilities and the potential for fraud. In 1971 he was sued by a mechanical engineer who claimed that Geller's show promised him psychic abilities and he saw only stage tricks. The engineer won the case and was awarded the price of his ticket, about $5.
Despite facing many criticism, a scientific experiment conducted in 1974 by the ‘Stanford Research Institute’ found what they deemed to be enough evidence to warrant authenticity of Geller’s skills, and coined the phrase the 'Geller effect'.
Although throughout his career he claimed to be a true psychic and dowser, Geller admitted in his autobiography 'My Story' that he originally began doing stage magic tricks as a nightclub performer to make his act last a little longer.
He still maintained his identity as a psychic in the face of many outspoken skeptics. Published in 1975, his autobiography was the first of 16 books, both fiction and non-fiction, that he published.
In the '80s Geller was making a substantial living using his purported psychic powers to perform mineral dowsing for mining companies. He quickly became a millionaire by offering his claimed supernatural mineral finding powers at a standard fee of £1 million.
During the '00s, Geller returned to his television appearance roots with several movie and television appearances, most notably in the realm of reality TV. In 2007 he hosted an Israeli reality TV show called 'The Successor' that was dedicated to finding people with supernatural or psychic powers, although the show received a lot of criticism from professional magicians who claimed that it was all stage tricks.
That same year he was also signed by NBC to host the show 'Phenomenon' alongside illusionist Criss Angel, wherein they conducted a search for the next great mentalist.
Major Works
Geller’s career as a psychic is rife with controversies and much of his fame rests on the speculation around the authenticity of his proclaimed supernatural powers. He had amassed huge fortune working as a mining-dowser, predicting availability of mines for businesses, a fact he confesses to in his autobiography.
Awards & Achievements
The Berglas Foundation honored Geller wait the ‘Services to Promotion of Magic Award’, for his efforts to popularize magic among the masses.
Personal Life & Legacy
Geller married Hannah Shtrang, the sister of his stage manager, in 1979 and they have two children together. Pop singer Michael Jackson was best man at Geller's wedding, and the two of them had a famous friendship.
Since the 1970's, Geller has billed himself as a genuine psychic, rather than a stage magician or entertainer. His claims in his early career that his psychic abilities were granted by extraterrestrials made him the subject of widespread criticism.
Throughout his career, Geller tried to use his psychic powers to predict or affect the outcomes of sports games. His almost unbroken track record of incorrect predictions caused a fan of skeptic James Randi to describe Geller's endorsement as 'the curse of Uri Geller'.
Trivia
This famous mind bender owns a 1976 Cadillac that is decorated with bent spoons and other twisted cutlery that has been given to him by friends or celebrities or has other sentimental value. Among the thousands of famous spoons are a spoon gifted by John Lennon, and a spoon used by Winston Churchill
Recommended Lists:
Miscellaneous #700
Media Personalities #541
You May Like

See the events in life of Uri Geller in Chronological Order 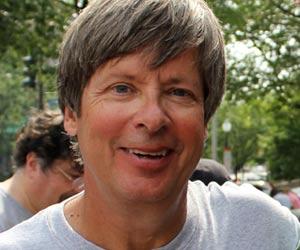