Aleister Crowley was an English occultist and ceremonial magician. He was once known as “the wickedest man in the world.” Several decades after his death, he is still regarded as one of the most influential occultists of all time. Crowley led a life that was absolutely shocking given the time and era he lived in; he was a heavy user of recreational drugs and notorious for his sexual practices with individuals of both sexes. He joined the ‘Hermetic Order of the Golden Dawn’ as a young man and claimed to have been contacted by ‘Aiwass,’ his Holy Guardian Angel. He believed to be the prophet of a new age and played a significant role in founding a religion called ‘Thelema,’ which proposes that its adherents, known as Thelemites, should seek their own true path in life and follow it. Eventually, this philosophy came to be accepted by the ‘Ordo Templi Orientis’ (O.T.O.). Crowley went on to form his own occult society and later on created a religious commune called the ‘Abbey of Thelema.’ A man with a wide range of interests, he was also an avid mountaineer who scaled several lofty peaks all over the world. He led a highly controversial life and was also known as The Beast 666. Cause of Death: Chronic Bronchitis

Aleister Crowley was born Edward Alexander Crowley on October 12, 1875, in Royal Leamington Spa, Warwickshire, England, to Edward Crowley and Emily Bishop. His parents were evangelist Christians and his father was deeply religious. He had a strained relationship with his mother.

He was sent to study at H.T. Habershon’s evangelist Christian boarding school when he was eight years old.

Later on, he went to the preparatory ‘Ebor School’ in Cambridge. He considered the head of the institute, Reverend Henry d’Arcy Champney, to be a sadist.

His father died of cancer when Aleister was 11 years old.

After school, he attended ‘Malvern College’ before going to ‘Tonbridge School.’ He hated college and dropped out after a few terms.

He was sent to ‘Eastbourne College’ where he became interested in poetry, mountaineering, and chess. He became critical of the morals of Christianity and started having sex with several women, including prostitutes.

He joined the ‘Scottish Mountaineering Club’ and climbed Beachy Head, Eiger, Trift, and Monch among other peaks.

He enrolled at ‘Trinity College,’ Cambridge in 1895 to study Moral Science, but he later switched to English literature. During this time, he adopted the name Aleister.

His love for poetry grew and many of his poems started appearing in the college students’ publications. He also became very skilled at playing chess and climbing mountains. 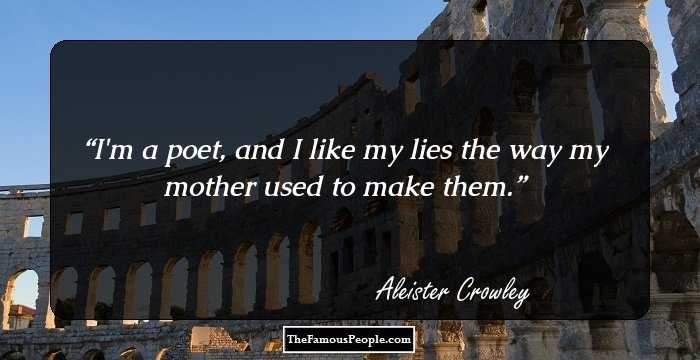 The Best Black Actresses Of All Time
Later Years

He went on a holiday to Sweden in 1896 where he had a major mystical experience that originated from his first homosexual encounter. He then began to lead a highly promiscuous life, having sexual relations with people of both genders.

During 1897, he started developing interest in black magic and occult. Subsequently, he decided that pursuing occult was the purpose of his life.

In spite of being a good student academically, he dropped out of ‘Cambridge’ in 1898 without completing his degree.

He became a member of an occult society known as the ‘Hermetic Order of the Golden Dawn’ in 1898. There, he adopted the magical name of ‘Frater Perdurabo.’ He learned ceremonial magic and ritualistic drug usage from senior ‘Golden Dawn’ members.

He spent the next few years traveling to places like India, Mexico, and Paris, studying various religious customs, especially Indian practices like ‘raja yoga’ and ‘dhyana’ (meditation). He also scaled various mountain peaks during his trip.

During 1904, he went on a trip to Egypt. There, he claimed to have heard the voice of ‘Aiwass,’ a holy entity which dictated to him the text of ‘The Book of the Law’—the central sacred text that formed the base for the religion Thelema.

Thelema was a religious philosophy which he developed after his spiritual experience in Egypt. After founding this religion, he claimed to be the prophet of a new age.

By 1907, he had left the ‘Order of the Golden Dawn.’ He then collaborated with fellow occultist George Cecil Jones to create the magical order A∴A∴, a Thelemic magical fraternity.

He became a prominent member of the religious organization ‘Ordo Templi Orientis’ (O.T.O) and remodeled it around the ‘Law of Thelema.’

Along with a Swiss-American lady named Leah Hirsig, he founded the ‘Abbey of Thelema,’ a temple and spiritual center, in Sicily in 1920. 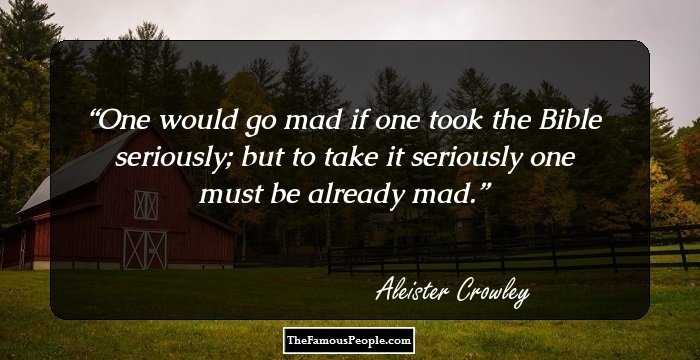 Regarded as the most powerful occultist of all time, Crowley’s biggest contribution to ceremonial magic was the founding of the religion Thelema. The religion indicates that its adherents should seek their ‘True Will’—or grand destiny—instead of their egoistic pursuits.

He is the author of Thelema’s major sacred text ‘The Book of the Law,’ which he claimed was dictated to him by his holy guardian angel ‘Aiwass.’

He married his friend’s sister Rose Edith Kelly in 1903. They had two daughters. They later separated because of Rose’s alcoholism.

He married Maria Teresa Sanchez in 1929. The couple separated within a year, but they never got divorced.

He led an unrestrained life characterized by vigorous sexual activities with both men and women. He also had a history of recreational drug usage.

He was said to be a misogynist who physically and sexually abused women.

He had a number of children, born through his numerous sexual liaisons with different women.

He died of a respiratory infection in 1947. The doctor who treated him died within 24 hours of Crowley’s death—supposedly of a curse the magician had cast on him. 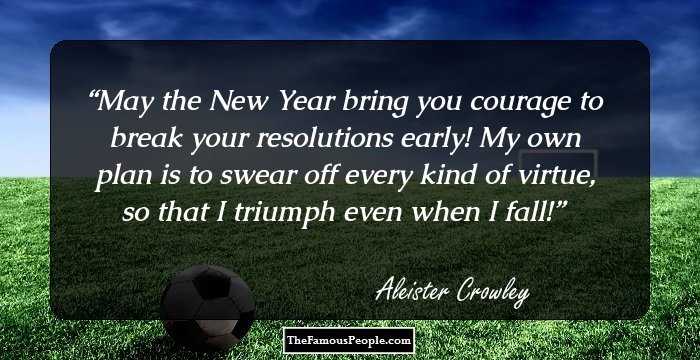 Quotes: You, I
Trivia
He was rumored to be a lifelong agent for British Intelligence.

The character of ‘Oliver Haddo’ in the 1908 novel ‘The Magician,’ written by British author W. Somerset Maugham, was modeled after this occultist and magician.

Quotes By Aleister Crowley | Quote Of The Day | Top 100 Quotes

See the events in life of Aleister Crowley in Chronological Order