Anthony Neil Wedgwood ‘Tony’ Benn was a British Labor Party politician who was a Member of Parliament for almost 50 years. He was an enigmatic and strongly opinionated politician who, from time to time, brought in socialistic ideology into the British Labor Party. He was born in a wealthy English family to William Wedgewood Benn who was also into politics. His father’s ideologies and political stature influenced Benn to work in the British politics, and he started by becoming the president of the Oxford Union while he was still attending the university. Benn's political career comprised events like creation of the Peerage Act 1963, opening of the Post Office Tower, and creation and implication of the Health and Safety at Work Act 1974. During the time when the Labor Party was in Opposition, he was the Chairman of the Labor Party. He also worked actively in the Cabinet, first as Secretary of State for Industry, before being made Secretary of State for Energy. During the Labor Party's time in Opposition in 1980s, he was party's famous figure on the left. For his socialist ideas and active participation in condemning the act of supporting the attacks on Iraq, Benn became a popular politician in Britain. After leaving Parliament for good, he was the President of the Stop the War Coalition till his death.
Continue Reading Below British Celebrities
The University of Oxford
Loughborough University
Aries Leaders
Male Leaders
Childhood & Early Life
Tony Benn was born on April 3, 1925 in London to William Wedgwood Benn who was the first Viscount of Stansgate. His father was a Liberal member of the Parliament but joined the Labor Party later. Benn was exposed to politics and its nuances since a very young age.
Benn studied at Westminster School and later pursued his education from the New College, Oxford. Even at Oxford, politics was again a matter of great interest for him and he was the elected president of the Oxford Union.
In 1943, Benn took a break from studies and joined the Royal Air Force while his father and brother Michael were already serving in the RAF during World War II. He was a pilot officer and served in South Africa and Rhodesia. 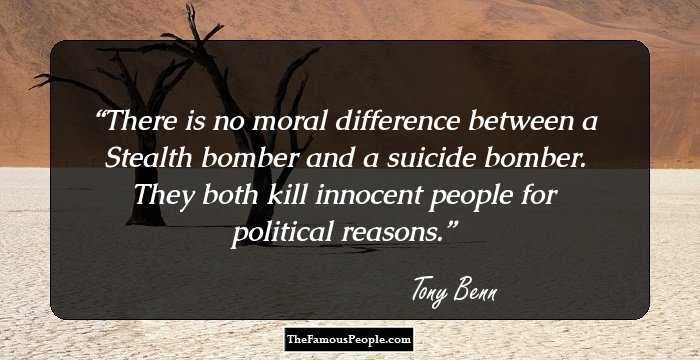 The Sexiest Men Of 2020, Ranked
Career
In 1950, Ben was selected as the Labor candidate for Bristol South East and won the election and became a Member of Parliament for South Gloucestershire. He took the oath a month later and became the youngest MP.
Ben successfully renounced his inherited peerage in 1963 - right after the Peerage Act was passed. He then accepted the office of Stewardship of the Manor of Northstead, and left the House by disqualifying himself.
In the 1964, Benn became the Postmaster General under the government of Harold Wilson. He supervised the opening of the Post Office Tower and the conception of the Post Bus service and Girobank.
He became the Minister of Technology in 1966 and took great interest in the ongoing industrial rationalization of that time. He also saw through the merging of various car companies to build British Leyland.
Benn became the Secretary of State for Industry in 1974 under the Labor Government and during his secretarial services he helped in the formation of the Health and Safety at Work Act and promoted the set up of worker cooperatives.
In 1975, he was appointed as the Secretary of State for Energy and contested in the leadership contest for the title of Leader of the Labor Party but lost the first ballot round and instead of contesting himself in the second ballot, he supported Michael Foot.
In the following years, Benn moved to the left wing of the Labor Party and in 1981 he contested for the title of the Deputy Leader of the Labor Party against Denis Healey. He lost to Healey by a margin of one percent.
In the elections of 1983, Benn's Bristol South East constituency was dissolved by boundary changes, and he did not win the new seat of Bristol South. Then he contested Bristol East but lost and was finally elected for Chesterfield in a by-election.
In 1988, he stood for election as Party Leader, following Labor’s third successive defeat in the general elections, but lost by a significant margin. He was one of the very few Members of Parliament to oppose the Kosovo War.
Continue Reading Below
Benn did not stand for the 2001 general election and mentioned in the media that he needed more time to concentrate better on politics. Shortly after that, he was elected as the President of the Stop the War Coalition.
Following his retirement, Benn started using media to spread his ideologies and his show with Bailey on BBC Radio was voted as the ‘Best Live Act’ at the BBC Radio 2 Folk Awards in 2003. He also spoke at a number of Glastonbury Festivals.
Benn did a programme on democracy as part of the Channel 5 series ‘Big Ideas That Changed The World’ in 2005. With his left-wing view of democracy he argued that conventional social democratic principles were under risk in the globalised world.
In 2006, he became a part of the "Time to Go" demonstration in Manchester, with the intend of convincing the Labor Government to take back the army troops from Iraq and refrain the country from taking part in the attack.
Benn was showcased on the DVD release in 2008 for the ‘Doctor Who’ story ‘The War Machines’, in which he discussed the Post Office Tower. He was the second Labor politician to appear in a ‘Doctor Who’ DVD.
Benn did ‘The Writing on the Wall’ with Bailey at St Mary's Church, Kent in 2011. In the same year, he was awarded a doctorate from the University of Glamorgan.
In 2013, Benn gave his support to the People's Assembly in a letter published by The Guardian newspaper. He also gave a speech at the People's Assembly Conference held at Westminster Central Hall. 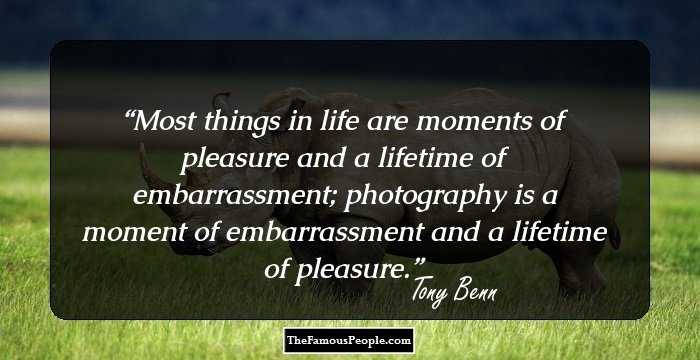 Quotes: Life
Personal Life & Legacy
Benn met Caroline Middleton DeCamp over tea at Worcester College in 1949 and got married to her the same year. They had four children – Stephen, Hilary, Melissa and Joshua, and ten grandchildren. Caroline died of cancer in 2000.
Benn's children have been active in politics - his first son Stephen was an elected Member of the Inner London Education Authority and his second son Hilary was a councilor in London, and a Labor MP for Leeds Central.
Benn died at his home, surrounded by family, on 14 March 2014. He was 88 years old at the time of his death.
Trivia
Benn proposed to his wife just after 9 days of meeting her on a park bench in the city. Later, he bought the bench from Oxford City Council and installed it in the garden of their home in Holland Park.
Benn was a first cousin of the late actress Dame Margaret Rutherford. 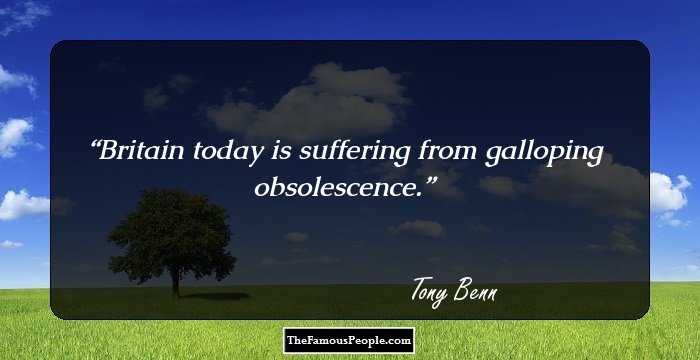 See the events in life of Tony Benn in Chronological Order 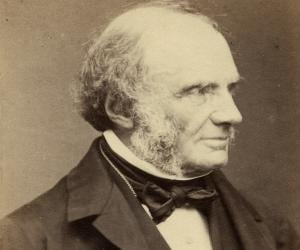 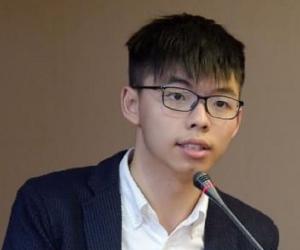