24th March In History
DID WE MISS SOMEONE?
CLICK HERE AND TELL US
WE'LL MAKE SURE
THEY'RE HERE A.S.A.P
Popularity Index
181
Fashion Designers #30
Fashion #172
Quick Facts

Who is Tommy Hilfiger?

Founder of one of the world’s most premium luxury lifestyle brands, Thomas Jacob Hilfiger is the creative genius behind the billion dollar enterprise, the 'Tommy Hilfiger Corporation'. His label has enjoyed tremendous success for over 25 years, all over the world. He has launched men's and women’s clothing lines, collection of fragrances, sportswear, home furnishings, accessories and denims. He went on to become one of the wealthiest designers in the market, catering to the needs of hip-hop artists and music industry biggies. His innovative and loud advertising campaigns went a long way in helping him establish in the fashion industry. No other American designer of his time, managed to prominently put their name and logo on clothes, like the way he did. This caught the attention of the urban youth and he soon opened up a number of stores and franchises across the world. Born in Elmira, New York, Hilfiger displayed creative abilities even as a teenager, buying jeans, remodelling them and selling them. He began his career with the opening of his store, ‘People’s Place’, after the success of which, he went on to pursue a career as a full-fledged fashion designer. American Fashion Designers
Aries Men
Childhood & Early Life
Tommy was born on March 24, 1951 as Thomas Jacob Hilfiger in Elmira, New York, to jeweler Richard and nurse Virginia. He was the second born of nine children and was raised a Catholic.
He was educated at the Elmira Free Academy in New York. He later went on to attend the GST BOCES Bush Campus. Even as a teenager he exhibited creative his talent - he would buy jeans, remodel them and sell them.
Continue Reading Below
You May Like

Famous Beautiful Women With Green Eyes
Career
In 1969, when he was around 18 years old, he opened a store named, ‘People’s Place’, where he sold hippie supplies like perfumed incense, records and bell-bottoms.
His hippie supply store, ‘People’s Place’ soon became a success and he went on to design for other boutiques. In 1979, he began to pursue a full-fledged career in the field of fashion designing.
With the help of a businessman named, Mohan Murjani, in 1985, he launched his first signature collection. The collection included chinos, button-down shirts and other classic fabrics.
In 1985, he launched a successful marketing campaign, hiring the legendary ad man, George Lois. They came out with a billboard in the centre of New York’s Times Square.
In the 1990s, the hip-hop world chose to sport his designs and music personalities like Lenny Kravitz and Aaliyah were part of his advertising campaigns. By this time his designs topped the range of $25 million.
In 1992, he designed clothes for musician Snoop Doggy Dogg, when the latter made his appearance on the TV show, 'Saturday Night Live'. Soon he became a big name and other artists started wearing his designs.
In 1999, he was named as one of the main sponsors of singer Britney Spears and her debut concert tour,’Baby One More Time Tour’, in support of her debut album of the same name.
Around the year 2000, his professional success began to dwindle down and he started suffering from financial troubles. His designs started losing their popularity with the hip-hop artists and sales went down by 75 per cent.
In 2005, he was the host and the sponsor of the show titled, ‘The Cut’. This gave chance to the winning contestant to work in close collaboration with him and together come out with a designer collection.
Continue Reading Below
As a consequence of declining sales, in 2006, he sold his company for $1.6 billion, or $16.80 a share, to the private investment company, Apax Partners. The following year, he signed a deal with the departmental chain, ‘Macy’s.
In 2009, the company tried its luck at online marketing with the launch of their website, www.hilfigerdenim.com. This website gives users the privilege to view the latest cutting-edge Hilfiger Denim collections.
In March 2010, Tommy Hilfiger Corporation was purchased by the American clothing business, Phillips-Van Heusen for $3 billion.
Major Works
He is the founder of the 'Tommy Hilfiger Corporation', which as of 2009, is a $6 billion retail clothing line. As of 2009, the business is estimated to have an operating income of $ 1.5 billion and total assets worth $ 8.7 billion.
Awards & Achievements
In 1995, he received the title of ‘Menswear Designer of the Year', which was conferred by the Council of Fashion Designers of America.
In 1998, he received the ‘Designer of the Year ' award, which was conferred by the Parsons School of Design in New York City.
In 2006, he received the Individual Achievement Award from the Hispanic Federation.
In 2009, he received the UNESCO Support Award and the Marie Claire Lifetime Achievement Award.
Personal Life & Legacy
In 1980, he married Susie Alexandria Richard, with whom he fathered four children. They divorced in 2000.
In 2008, he married Dee Ocleppo. They have a son together.
He is a supporter of the global organisation 'the Breast Health International', which aims at finding solutions for breast cancer.
In 1995, he founded The Tommy Hilfiger Corporate Foundation, which aimed to improve the lives of the youth through education and cultural programs.
Trivia
This fashionista is the creative genius and mastermind behind the billion dollar enterprise, the 'Tommy Hilfiger Corporation'.
You May Like

See the events in life of Tommy Hilfiger in Chronological Order 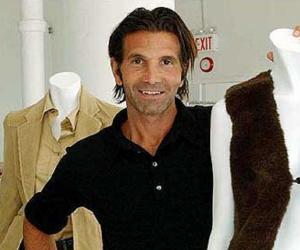