One of the most well-known singers of today’s generation, Tom Jones is a Welsh singer who has been entertaining the audiences since the 1960s. A musical genius, he has sung and excelled in several genres of music which include pop, rock, R&B, show tunes, country, dance, soul and gospel. Many of his albums and songs have been immensely successful and have sold millions of copies. As he rose to stardom, he was offered several films, which, he declined and went on to say that “I've been asked to do things – films and that – in the past, but they were always too cheesy, and always musicals”. Today, his success is nearly unparalleled, while, keeping in mind the fact that he is 73 and is still able to perform in the same manner as he used to during his younger days. Even after winning several awards and being bestowed with the most prestigious of honors including knighthood by the Queen, Jones shows no signs of slowing down. His enthusiasm and the burning passion for music are ceaseless! He is an artiste at heart and continues to perform at several important and prestigious events, all over the world. Learn more about his life and career in the article below. 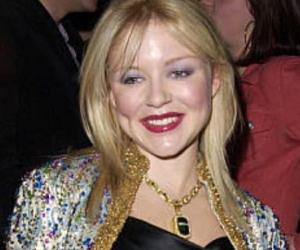 Welsh People
Rhythm & Blues Singers
Welsh Men
Male Singers
Gemini Singers
Childhood & Early Life
Born as Thomas John Woodward, in South Wales, Tom’s musical talents were evident form a very young age. As a child, he enjoyed singing at family gatherings and school choirs and liked to listen to music, aired on BBC radio.
He never liked going to schools hence, dropped-out at the age of 16 and began working as a laborer and a door-to-door salesman.
Continue Reading Below
You May Like

Famous Beautiful Women With Green Eyes
Career
In 1963, he joined the band ‘Tommy Scott and the Senators’ which became extremely popular with the local crowd. In 1964, Gordon Mills, a London-based successful music industry manager recognized his talents, which proved to be life changing for Jones.
Gordon Mills brought the young singer to London and changed his name to Tom Jones and got him to sign a contract with Decca Records. His first single ‘Chills and Fever’ was released in 1964.
The song could not make an impact, but its follow-up, 'It's Not Unusual', released in 1965, went on to become a great success. He became a celebrity instantly and was even invited to the ‘The Ed Sullivan Show’.
By 1968, he had released a number of hit songs and in 1969 began his own TV show, ‘This Is Tom Jones’, which ran till 1971.
After traveling all around the world through the 70s and released a number of hit singles such as "She's a Lady", "Till", and "The Young New Mexican Puppeteer".
Though he failed to make a mark with his singles during the early 80s, he hit the singles chart with another single ‘A Boy From Nowhere’, released in 1987. Following the success of this single, he collaborated with artist, Van Morrison to release ‘Carry a Torch’.
In 1993, he signed a contract with the ‘Interscope Records’ and released the album, ‘The Lead And How To Swing It’ from which the single, ‘If I Only Knew’ became a huge hit.
His next big hit was ‘Reload’ for which he joined hands with a number of artists such as, Natalie Imbruglia, Cerys Matthews, Van Morrison, Mousse T, Robbie Williams, etc.
In 2000, he was invited by President Bill Clinton on New Year's Eve to perform in Washington D.C. after a couple of years he released his next album, ‘Mr. Jones’ which enjoyed a fair amount of success.
Continue Reading Below
In 2007, he was invited to perform at the ‘Concert for Diana’ organized at the Wembley Stadium, along with several world famous artists. In 2008, he released ‘24 Hours’, from which the single, ‘If He Should Ever Leave You’ was a huge hit.
He released another album ‘Praise & Blame’ to rave reviews in 2010. The album is considered one of his best works so far.
In 2012, he was invited to judge the immensely popular reality singing competition, ‘The Voice UK’ along with other judges including, Jessie J, will.i.am and Danny O'Donoghue.
Major Works
‘It's Not Unusual’, the singer’s second solo was a worldwide hit, peaking at no. 10 in the U.S. The song was also featured in the U.S. sitcom series, ‘The Fresh Prince of Bel-Air’.
In 1966, he sang ‘Green, Green Grass of Home’ a song originally by Johnny Darrell. The song was a huge success, reaching no.1 worldwide and selling more than a million copies in UK.
‘Delilah’, recorded by him in 1968, reached no. 1 in Germany and Switzerland, no. 2 in Britain and no. 15 in the U.S.
In 1971, ‘She's a Lady’, another single by the artist, which catapulted his fame to great heights. The song reached no. 2 on the US Billboard Hot 100, making it his highest-charting single.
Awards & Achievements
For the single ‘It's Not Unusual’, the singer won a Grammy Award in the category, ‘Best New Artist’ in 1966.
He received a star on the ‘Hollywood Walk of Fame’ in 1989, for his contribution to music.
In 2000, he received the ‘Brit Award’ for being the ‘Best British Male’ and in 2003 he received the award again for his ‘Outstanding Contribution to Music’.
In 2006, for his extraordinary contribution to music, he was knighted by Queen Elizabeth II.
Personal Life & Legacy
Jones married Linda Trenchard in 1957 and they have a son Mark Woodward, who was born the same year.
He always attracted a lot of media attention for his extra-marital relationships, especially with some of the most famous women such as, singer Mary Wilson and the former Miss World Marjorie Wallace.
In 1989, after a long legal battle it was confirmed that he is the father of a son born to model Katherine Berkery, with whom he had a brief affair.
Trivia
This famous Welsh singer, who became popular from the mid-1960s, has insured his chest hair for $7 million!
Recommended Lists:
Singers #250
You May Like

See the events in life of Tom Jones in Chronological Order