Advanced Search
Tom Golisano is an American businessman and philanthropist, best known as the founder and Chairman of Paychex Inc, a company that provides payroll, human resources and benefits outsourcing services for small and medium-sized businesses. He started off at the age of thirty with an initial investment of $3000, establishing a payroll service provider called PayMaster. He struggled to break even for the first three years and survived by taking personal loans. Very soon, the company started opening branches and within eight years of its launch, it had 17 franchises and partnerships. At that point, he persuaded his partners and franchise-holders to consolidate and thus was born PayChex, which began to grow quickly. By the age of 44, he had made enough money to start a non-profit organization with an initial gift of $90,000. Continuing to work, he finally resigned as the CEO of Paychex at the age of 63 to concentrate on his philanthropic activities. Ken Carter
DID WE MISS SOMEONE?
CLICK HERE AND TELL US
WE'LL MAKE SURE
THEY'RE HERE A.S.A.P
Quick Facts

American People
American Entrepreneurs
Scorpio Men
Childhood & Early Life
Blase Thomas Golisano was born on November 14, 1941 in Irondequoit, a major suburb of Rochester, located in the US state of New York. His father, whose name is not known, was a macaroni salesman while his mother was a seamstress.
Born youngest of his parents’ three children, he has at least one surviving sister named Marie Golisano Graham. Little is known about their childhood except that Tom had his education at Irondequoit High School.
On graduating from school, he started working full time, opening packages of cash in the basement of Lincoln First Bank. But shortly, he decided to further continue his education and joined Alfred State College, from where he graduated in 1962 with a degree in general business management.
After graduating from college, he joined Burroughs Corp as sales representative, before moving to Electronic Accounting Systems Inc, a regional payroll processor for larger businesses. It was here that he had his first business idea.
Continue Reading Below
Career
Tom Golisano’s initial idea was to open a company that would provide payroll services for business with less than one hundred employees. He first took his proposal to his employer, who did not show any interest in pursuing small clients; but agreed to offer him space to start his venture.
In 1971, he left his job to open Paychex with an initial investment of $3000. To attract small entrepreneurs, he deliberately kept his charges low and the procedure hassle free.
It took him a year to attract 42 clients and did not break even till the third year. To keep afloat during this period, he not only used all his savings, but also borrowed money from friends and relatives including his sister Marie, took consumer loans and used his personal credit card.
In 1974, on the suggestion of a friend, he opened a branch office in Syracuse, where he and his friend operated as co-owners. Also, in the same year, another friend asked him to sell him a franchise; eventually starting up another branch in Miami. Very soon, he started opening other branches.
By 1979, apart from the Rochester office, Paychex had 17 franchises and partnerships, which together had 200 employees and 5,700 clients. Although Golisano served as its President and CEO very soon it became apparent that with so many independent entities, it was difficult to offer consistent services.
In 1979, he persuaded his partners and franchise holders that they would be better off if they came under one umbrella. Finally, all the 18 branches were consolidated into one private company, Paychex Inc, with Golisano remaining as the President, CEO and the Director.
Initially, the company had teething problems, having to go through massive reorganization. But by 1982, on an average, each salesperson started bringing in 100 new clients each year.
In August 1983, the company held an initial public offering and began trading on the NASDAQ (PAYX), raising $7.7 million in the IPO. By 1986, Paychex had around 60000 clients, and 58 offices in thirty-two states.
In 1987, Peychex acquired a Minneapolis company called Purchase Payroll. Also in 1987, it opened a new division called Benefit Services, to keep track of clients' employee benefit plans. It was followed in 1989 by TaxPay.
Continue Reading Below
As the company continued to grow, it began to face competition from larger companies such as Automatic Data Processing Inc, who started eyeing their client base. But in spite of intense rivalry from larger companies, Paychex continued to grow.
In 1991, Paychex opened its own school with the aim of teaching their salespersons tax law, accounting principles, and selling skills. Very soon, it began to show results as these trained staffs began to bring in more clients. Also in the same year, the company added Human Resource Services division.
In 2004, Golisano stepped down from the post of CEO to become the Chairman of the company, a position he continues to hold till now. By then, he had become involved in various other activities.
Philanthropy
In 1985, Tom Golisano launched a non-profit organization called B. Thomas Golisano Foundation. It awards grants to organizations that provide opportunities to the physically as well as intellectually disabled persons. He has also donated large amounts to various universities, health facilities as well as Special Olympics in his personal capacity.
Golisano Children’s Hospital in Rochester, Upstate Golisano Children’s Hospital in Syracuse, Golisano Children’s Hospital of Southwest Florida, the Pediatric Behavioral Health and Wellness Center in Rochester, the Golisano Autism Center in Rochester, and Rochester Institute of Technology are some of the institutes supported by him.
Other Activities
In 1991, Tom Golisano became a founding member of Independence Party of New York. In 1994, 1998 and 2002 , he unsuccessfully ran for the office of the Givernor of New York.
In 2003, he bought Buffalo Sabres, a professional ice hockey team based in Buffalo. His main intention was to keep the team in Buffalo because it was an economic and community asset. When he sold it in 2011 for $189 million, he stipulated that the team remain in Western NY.
In February 2020, he released his first book, ‘Built, Not Born: A Self-Made Billionaire's No-Nonsense Guide for Entrepreneurs’. The book, co-authored by Mike Wicks, reached number one position on Barnes and Noble's bestselling business book charts.
Awards & Achievements
In October 2015, Tom Golisano was presented with the Individual Philanthropist of the Year award and the Arc’s Catalyst Award by the Arc of the United States.
In 2002, 2003 and 2004, Golisano was listed among the FORBES top 10 bosses in the U.S.
Family & Personal Life
Golisano has married four times. In 1961, he married Gloria Austin. They had two children, Steven Golisano, who suffered from development disability and Cynthia Golisano. The couple divorced in 1977. Gloria Austin now serves as the President of the Equine Heritage Institute, Inc.
While nothing is known about his second wife, his third wife was called Heather, whom he married on August 29, 2004. Both these marriages failed to produce any children.
In 2009, he began dating tennis pro Monica Seles, thirty-two years his junior. They announced their engagement on June 5, 2014 and got married shortly thereafter.

See the events in life of Tom Golisano in Chronological Order 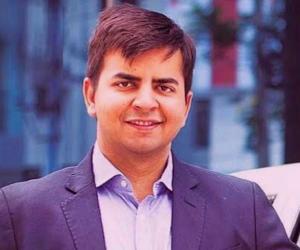