(American Actor Known for His Role in the Series 'The Expanse')

Thomas Jane is an American actor who over his almost three-decade long career has acted in films spanning varied genres like horror, romance, thrillers and comedy. He entered the world of films by chance. Two Indian producers were looking for a white male to play a leading role in a Telugu crossover film when they noticed Thomas. Thus he made his acting debut in ‘Padamati Sandhya Ragam’, a Telugu film received with much acclaim in India. Deciding to become an actor, he quit studies and moved to Los Angeles. Initially he struggled a lot unable to find meaningful work. But he was not one to give up as yet. He slept on benches, performed songs on streets and ate meals from the Salvation Army. Gradually his determination began to pay off and he landed small roles in films and television series. He played a minor part in the hit vampire movie, ‘Buffy the Vampire Slayer’ though it was his role as a crazy drug dealer in ‘Boogie Nights’ that actually got the young man noticed. The high point of his career happened when he was asked to play the title role in the film ‘The Punisher’. He is also a comic book writer with titles like ‘Bad Planet’ and ‘Dark Country’ to his credit. American People
Maryland Actors
Pisces Actors
American Actors
Actors Who Are In Their 50s
Childhood and Early Life
He is the son of Cynthia and Michael Elliot. His mother was an antiques dealer while his father was a genetic engineer. Born as Thomas Elliot III, he adopted the screen name Thomas Jane as he became an established actor.
He attended Thomas Sprigg Wootton High School.
Continue Reading Below
Career
When he was a teenager he was noticed by two Indian producers who were looking for a white male to play a major role in a Telugu film. He made his foray into acting in 1986 by playing the romantic lead in the Indian film ‘Padamati Sandhya Ragam’.
He loved the acting experience and returned to the U.S. determined to pursue an acting career. He moved to Los Angeles in search of opportunities. After struggling for the initial few months he began getting small roles in television series and films.
One of his earliest roles was as Zeph in the vampire movie ‘Buffy the Vampire Slayer’ in 1992. Following this, he played minor roles in films like ‘Nemesis’ (1992), ‘At Ground Zero’ (1994), and ‘The Crow: City of Angels’ (1996).
His breakthrough role came in 1997 when he was cast in the drama film, ‘Boogie Nights’ in which he played Todd Parker, a crazy drug dealer. Even though the role was a minor one, it got the young actor noticed for his talents.
He was part of the ensemble cast of the critically acclaimed movie ‘Magnolia’ (1999) which also had big names like Tom Cruise, Julianne Moore, and Philip Baker Hall. The movie dealt with the story of interrelated characters in search of happiness, forgiveness and meaning.
He portrayed the New York Yankee baseball player Mickey Mantle in the 2001 sports drama ‘61'
The plot of '61' focuses on how star baseball players go about their quest to break a home run record. His role was much appreciated.
He was offered the title role in the 2004 film ‘The Punisher’. The idea of playing a vigilante crime fighter intrigued him and he read many ‘Punisher’ comics to prepare for the role. This performance would eventually become his signature role.
In 2008 he appeared on the independent science fiction horror, ‘Mutant Chronicles’ which also starred Ron Perlam. The film was based on the role-playing game of the same name.
Continue Reading Below
He turned director in 2009 with the psychological crime thriller, ‘Dark Country’. The story revolves around a newlywed couple who are traveling to Nevada desert for their honeymoon and the strange happenings they encounter.
One of his recent movies is ‘Pawn Shop Chronicles’ (2013), a crime comedy with an ensemble cast. The plot is centered around a pawn shop where a man finds his missing wife’s ring which triggers off a chain of events in an attempt to find her.
Along with being an actor he is also a comic book author. He has co-authored books and series like ‘Bad Planet’, ‘Dark Country’ and ‘Alien Worlds’.
Major Works
It was his role as a mentally unstable drug dealer in the drama film ‘Boogie Nights’ that launched his career. His role was small, but he had portrayed it so convincingly that he got noticed.
He is best known for his work as the title character in the film ‘The Punisher’ which was based on the Marvel Comics character of the same name. The movie was adapted from two Punisher comic book stories.
Awards & Achievements
His film, ‘Boogie Nights’ won the Florida Film Critics Circle Awards for Best Ensemble Cast in 1998.
Personal Life & Legacy
His first marriage was to actress Aysha Hauer, daughter of actor Rutger Hauer , with whom he had acted in many films. The couple tied the knot in 1989 and divorced in 1995.
He began a relationship with actress Patricia Arquette in 2001. They had a daughter and later got married in 2006. The couple divorced in 2011.

See the events in life of Thomas Jane in Chronological Order 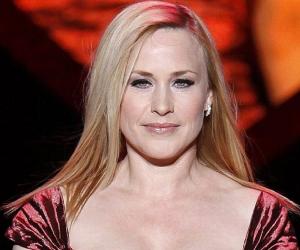