Theresa Knorr is an infamous American murderess convicted of brutalizing and killing two of her daughters while forcing the others to abet her and cover up the crimes. She is presently incarcerated at the California Institution for Women in Chino, California where she is serving two consecutive life sentences. The story, when reported to the police by her lone surviving daughter, was so outlandish that it was dismissed as being fictional till the evidence provided by the twin unsolved cases corroborated it and led to the investigations and the uncovering of the horrific crime. The grotesque double murders that were apparently fueled by a potent combination of unstable mental health, intense anger issues and prolonged abuse of alcohol caught the imagination of a horrified nation. Apart from widespread media coverage, the dramatic story has also been captured in several TV shows, books, and a film. Pat DiCicco
Criminals #379
DID WE MISS SOMEONE?
CLICK HERE AND TELL US
WE'LL MAKE SURE
THEY'RE HERE A.S.A.P
Quick Facts

American People
Female Criminals
American Criminals
American Female Criminals
Pisces Women
Childhood & Early Life
Theresa Jimmie Francine Knorr (née Cross) was born on March 12, 1946, in Sacramento to James ‘Jim’ Cross and Swannie Gay. She was the couple’s second child; her sister, Rosemary, was a couple of years older to her. Theresa also had two step-siblings, William and Clara, both out of Swannie's first marriage.
Jim was employed at the Golden State Dairy in Sacramento as an assistant cheesemaker while Swannie worked at a local timber company. With the family prospering, they moved to a larger house Rio Linda, California in the early 1950s.
Their happiness, however, was transitory because, by the late 1950s, Jim was diagnosed with Parkinson’s disease. Forced to leave his job, he became a victim of depression and the children had to bear the brunt of his anger.
On March 2, 1961, Swannie suddenly collapsed and died of congestive heart failure in the arms of Theresa as they were going to the local store. Extremely attached to her mother, Theresa was deeply affected by this loss and became immensely depressed.
With Jim not able to work and Swannie dead, the family home had to be sold; the loss of security made Theresa even more vulnerable and she quickly fell in love and got married to Clifford Clyde Sanders, five years her senior; she was just 16 years old then.
Theresa quit junior high school and the newly-wedded couple moved into a one-bedroom apartment in California’s North Highlands district. With the insecure Theresa keeping Clifford on a very short leash, the marriage became strained very soon.
The birth of their first child, Howard Clyde Sanders, on July 16, 1963, brought temporary peace. On July 5, 1964, which was also Clifford’s birthday, the couple had a bitter fight and when Clifford tried to leave home saying that he’d had enough, Theresa shot him dead. Pregnant with her second child at that time, she claimed self-defense at the trial and managed to get an acquittal.
Continue Reading Below
You May Like

Who Is The Most Popular BTS Member?
Multiple Marriages and a Disturbed Life
Sheila Gay Sanders, her second child, was born in 1965. Theresa had a brief fling with Estelle Lee Thornsberry, a disabled U.S. Army veteran. The pair split because of Theresa’s drinking problem, wild ways, and unfaithfulness.
On July 9, 1966, she married Robert Knorr, Thornsberry’s friend with whom she was already having an affair. At that time, she was already seven months pregnant and in September 1966, Suesan Marlene Knorr was born. Thereafter, the couple had William Robert Knorr on September 15, 1967, and Robert Wallace Knorr, Jr. on December 31, 1968.
Theresa constantly accused Robert Knorr of having affairs and despite being pregnant obtained a divorce on June 3, 1970. Another daughter, her sixth and last offspring, Theresa (Terry) Marie Knorr was born just two months later.
Both her subsequent marriages; to Ronald Pulliam, a railroad worker in 1971, and to Chester "Chet" Harris, the editor of ‘Sacramento Union’ in 1976, were disasters and ended in divorce.
The much-divorced Theresa started to drink even more, gained weight, and became severely short-tempered and abusive towards her children. Not satisfied with mentally torturing her children, she started physically punishing them too. She even became some sort of a recluse, not going out or allowing visitors.
The Murder of Suesan Marlene Knorr
Convinced that Suesan had been turned into a witch by Chester Harris, Theresa started beating her so badly that Suesan ultimately ran away but was returned to her mother as nobody believed her stories of mental and physical abuse.
In 1982, in a fit of rage, Theresa shot Suesan with a .22-caliber pistol. Not wanting police involvement, Suesan was bandaged with the bullet still in the body and looked after by her sisters, Sheila and Terry, till she recovered.
In another flare-up in July 1984, an argumentative and angry Theresa stabbed Suesan with a pair of scissors though not grievously.
A fed-up Suesan requested permission and surprisingly obtained her mother’s consent to move out. There was one rider, though; the bullet lodged in Suesan’s back had to be removed first.
Continue Reading Below
Robert Wallace Knorr, Jr., acting under his mother’s instructions managed to remove the bullet, however, infection set in and within a few days, Suesan was in terrible pain, her eyes had turned yellow, and she had lost control over her bowels.
On July 16, 1984, Theresa bound Suesan up, taped her mouth shut, and ordered Robert and Bill to put her and her belongings in the car. They drove south to Square Creek Bridge on Highway 89, dumped Suesan and her belongings on the bank of the creek, doused everything with gasoline and set them on fire.
The Murder of Sheila Gay Sanders
Theresa was unemployed and was on state assistance; to increase the household income she forced Sheila, then a 20-year old, to become a prostitute. Initially horrified, Sheila didn’t have the courage to disobey her and soon she was earning quite a lot.
In May 1985, a suspicious Theresa accused Sheila of becoming pregnant and infecting her with venereal disease from a common toilet seat. Sheila was beaten badly, tied up, and shut in an airless and hot closet without any food or water.
On June 21, 1985, three days after she was locked up, there was a loud thump and silence thereafter. Another three days passed before the door was opened and her decomposed body was found.
Sheila’s body was hastily put into an old cardboard box, carried out to the car, and dumped in the weeds in ‘Martis Creek Campground’ on Interstate 80. Though the body was discovered within a few hours, the police could not identify her or determine the cause of death; Sheila became Jane Doe #6607-85.
The Beginning of the End
On September 29, 1986, a paranoid Theresa packed up all the family belongings and commanded Terry to burn down the house. However, the fire was noticed immediately and put out by the fire department.
By 1991, all the children, save Robert, had moved away and eventually, mother and son also moved to Las Vegas.
Desperate for money, Robert tried to rob a North Nellis Boulevard bar but ended up killing the bartender. He was arrested and received a 16-year sentence. A nervous Theresa moved to Salt Lake City, Utah, thereafter.
In 1992, inspired by an episode of ‘America's Most Wanted’, Terry contacted the Nevada County Sheriff’s office and informed them of Suesan’s and Sheila’s murder. An incredulous Ron Perea, the police sergeant, interviewed Terry in person and soon investigators were able to establish facts that left them in no doubt regarding the veracity of Terry’s information.
Arrest, Trial & Sentencing
On November 4, 1993, felony complaints against Theresa, William, and Robert were filed by the investigators. While Robert was found in a Nevada County jail, William was arrested from a peaceful Sacramento suburb. Both resisted the questioning initially, however, later they confessed about their roles in the murders of their two sisters.
Theresa was traced to Salt Lake City, Utah where she had been arrested for drunk driving just five days earlier. Even though she was aware of the investigation and getting ready to flee, she answered the door when Sergeant John Fitzgerald came calling.
Theresa Knorr was charged with murder, conspiring to murder as well as multiple murder, and murder by torture that could have earned her a death sentence. While Theresa initially pleaded not guilty, she changed her mind when she came to know that Robert had struck a deal with the prosecution and had consented to testify against her in exchange for a lighter sentence.
Not willing to risk a death sentence, Theresa changed her plea to guilty on October 17, 1995, and was sentenced to two consecutive life sentences. She is eligible for parole only in 2027; if she survives, she’ll be 80 years old.
All charges against Robert, except for one count of conspiracy in the matter of Sheila’s murder, were dropped. He received a sentence of three years that will run concurrently with his murder sentence of 1991. William was placed on probation and ordered to undergo therapy.
You May Like

See the events in life of Theresa Knorr in Chronological Order 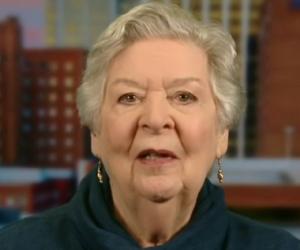