Popularly known as the King of Cool, Steve McQueen was an American actor who rose to fame during the decade of 1960s and 70s. McQueen had a troubled childhood. Whatever happy days that he remembered from his childhood were those spent with his uncle Claude at the latter’s farm in Missouri. Growing up in reform schools, McQueen spent three years in the United States Marine before plunging into the world of glamour. During his early days, McQueen juggled between acting and racing, his first love. He soon set forth to make a career in acting, first appearing on stage shows and later taking the big screen by storm with his anti-hero gimmicks. What gave him the edge was that despite his anti-hero persona which was developed through his projects in 1960s, he gained the status of ‘King of Cool’. He was mostly seen donning roles of tough and hard-to-beat police officers or military personnel in action and war flicks. Film after film, he gave hits scaling himself as one of the top box-office draws. Some of his noteworthy films include, ‘The Sand Pebbles’, ‘Bullitt’, ‘The Getaway’, ‘The Great Escape’ and so on. His box office success gave him an iconic status in popular culture. 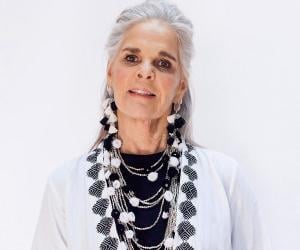 American Celebrities
Indiana Actors
Aries Actors
American Actors
American Film & Theater Personalities
Childhood & Early Life
Steve McQueen was born Terence Steve McQueen to William Terence McQueen and Julia Ann nee Crawford on March 24, 1930 in Beech Grove, Indiana. His father, a stunt pilot, left Julia six months after meeting her.
McQueen was mostly raised by his maternal grandparents and his uncle Claude at the latter’s farm in Missouri, as his mother was an alcoholic and prostitute and couldn’t care for young McQueen. He was raised as a Catholic.
When McQueen turned eight, his mother took him with her to his step-father’s place in Indianapolis. Adolescent McQueen faced tough time coping with the new environment, new place and new people.
Unable to bear the atrocities cast upon by his step father, McQueen left home at the age of nine. His mother sent him back to Claude only to call him again three years later to a new father and a new home in Los Angeles. However, history repeated itself and McQueen returned to his uncle a final time.
At the age of 14, he temporarily joined circus. He then returned to his step father and mother at Los Angeles. Meanwhile, the relation with his parents only worsened with time and McQueen was sent to the California Junior Boys Republic in Chino. At the Republic, McQueen rose to fame so much so that he was elected to the Boys Council.
At 16, McQueen left Chino to return to his mother in Greenwich Village, New York. However, he soon left for Dominican Republic. During this phase of life, McQueen took up many odd jobs as a lumberjack, oil rigger, salesman and so on.
In 1947, McQueen enrolled himself at the United States Marine Corps. Though initially he squandered his time, McQueen later directed himself to self-improvement. He was enlisted on the list of honor guard, responsible for guarding then President Harry Truman’s yatch. Three years after his service, he was honourably discharged.
Continue Reading Below
You May Like

See the events in life of Steven McQueen in Chronological Order