Neile Adams is an American actress, dancer, and singer recognized for giving several performances in films and TV series from 1952 to 1991. Born in Manila, the Philippine Islands, to Carmen Salvador, a hula dancer, and her husband José Arrista, she was once was the darling of Hollywood. At one point in her life, Adams was adored for her dare-devil demeanor, beautiful blond hair, and piercing blue eyes. Her one-of-a-kind personality was showcased in numerous movies including 'Chu Chu and the Philly Flash' and 'Buddy Buddy ' as well as in TV programs including ‘The Eddie Fisher Show’ and ‘The Hollywood Palace’. She had also served as a spy during her early days. Coming to her personal life, she is a mother of two. She married twice in her life. Adams’ first marriage to actor Steve McQueen was characterized by a series of emotionally stressful events that led to physical abuse. She then went on to marry political campaign manager Alvin Toffel and remained with him until his death in 2005. 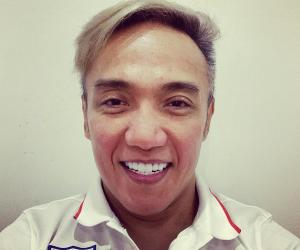 American People
Filipino People
American Women
Filipino Women
Cancer Singers
Women Singers
Career
Neile Adams started her acting career on stage with the play ‘Kismet’, in which she appeared as a dancer. She then went on to act in the Broadway-bound ‘At The Grand’ and in the play ‘Pajama Game’. In the year 1957, she was cast in the flick ‘This Could Be the Night’. In the ensuing years, the actress appeared in a number of movies such as ‘Fuzz’, ‘Women in Chains’, ‘Chu Chu and the Philly Flash’ and ‘Buddy Buddy’.
On television, Adams has appeared in numerous shows including ‘The Perry Como Show’, ‘The Eddie Fisher Show’, two Bob Hope Christmas specials, ‘The Patrice Munsel Show’, ‘The Hollywood Palace’ and ‘The Pat Boone Show’. She has also acted in a few episodes of the television drama ‘Alfred Hitchcock Presents’. Besides these, she got featured in the TV series ‘The Rockford Files’, ‘Man From U.N.C.L.E.’, ‘Fantasy Island’, ‘The Bionic Woman’ and ‘Vega$’.
You May Like

Cancer Actresses
American Singers
Filipino Singers
American Actresses
Continue Reading Below
Personal Life
Neile Adams was born as Ruby Neilam Salvador Adams on July 10, 1932 in Philippines to Carmen Salvador and José Arrista. Her mother worked as a hula dance. She studied at Rosemary Hall, a school based in Connecticut. Later, she went on to study dance and acting in New York's theater district.
Talking about the actress’ love life, she got married to popular actor Steve McQueen in 1956. This marriage resulted in two kids: daughter Terry Leslie McQueen and son Chad McQueen. Adams divorced McQueen in 1972 after he physically abused her. According to an interview given by the actress, she had an extra-marital affair with Austrian actor Maximilian Schell. When her husband came to know of it, he couldn’t tolerate her having a fling and became physically violent. After the couple separated, Adams went on to marry political campaign manager Alvin Toffel. The duo lived together until Toffel's death in 2005.
Adams is the grandmother of the famous actor Steven R. McQueen and Molly McQueen Flattery. She is the former mother-in-law of actress Stacey Toten. She is also related to the popular Spanish singer, Enrique Iglesias, through her father’s side.
Recommended Lists: