Tahnee Welch is an American model and actress. Born in San Diego, California, Tahnee spent her early childhood in Spain, England, and Italy. She left home at an early age of 16 to pursue interests close to her heart. Initially, she picked up trivial jobs and slowly, took baby steps towards acting. Since her mother was a renowned actress of her time, acting came naturally to Tahnee. Her first movie in Italy was a success and helped her grab some limelight. Thereafter, she moved to New York to try her hand in the entertainment industry. She has worked in Hollywood as well as the European entertainment industry. 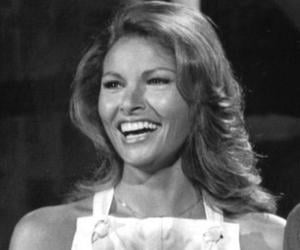 American People
American Women
California Actresses
Female Models
Capricorn Models
Childhood & Early Life
Tahnee Welch was born on December 26, 1961, to James Welsh and Raquel Welch. She has an elder brother, Damon Welch. Her parents separated when she was a kid.
Her mother was a successful actress. Tahnee was inspired by her to make it big in the film industry. Right from childhood, Tahnee dreamed of being a star like her mother.
After dropping out of school, Tahnee struggled for a few years, taking up odd jobs as a hairdresser, clerk, and even as a housemaid. It was in Italy that Tahnee attained success in her acting career.
After getting a break in Italian movies, she moved to New York to make a place in the American film and fashion industry. Over the years, she has worked with several Italian, German, and American production houses.
Continue Reading Below
You May Like

The Sexiest Men Of 2020, Ranked
Career
Tahnee Welch began her acting career in 1984 with the Italian movie, ‘Amarsi un po.’ It was a romantic comedy directed by Carlo Vanzina. In her debut movie, Tahnee got a chance to act with some of the big names in Italian film industry, like Virna Lisi. The movie was a huge success and is still aired regularly on Italian television.
After the success of her first movie, Tahnee moved to New York to try her luck in American films. In 1985, she starred in ‘Cocoon,’ a science-fiction film, in which she appeared as a pretty alien. This blockbuster movie was directed by Ron Howard. Tahnee also bagged a meaty role in a sequel of the movie in 1988, but this movie, ‘Cocoon: The Return’ was not as successful as its predecessor.
Tahnee continued trotting across continents to establish herself as an actress. She worked with many German and Italian film and television productions. In 1989, she starred in Italian romantic mini-series named ‘Disperatamente Giulia.’ It was directed by Enrico Maria Salerno and Tahnee played the lead role of Giulia. With this television series, she became a popular name in Italy.
Tahnee was cast in American-British independent film, ‘I Shot Andy Warhol,’ which was released in 1996. The film was based on the life of American feminist Valerie Solanas and her relation with artist Andy Warhol. In the movie, Tahnee played the role of Viva, an American actress. Being glamorous and graceful, essaying the role of an actress was a cakewalk for Tahnee.
Tahnee has featured in an interactive video game named ‘Ripper,’ which was made in 1996. It was an adventure game based on the operations of ‘Jack the Ripper.’ Tahnee played the role of Catherine Powell, one of the suspects.
She posed for a nude pictorial for ‘Playboy’ magazine in November 1995. She has made her presence felt in fashion industry by appearing in well-known magazines like ‘Vogue,’ ‘Marie Claire,’ and ‘Interview.’
Personal Life
Despite her celebrity status, not much information is available about her personal life. In her early days, she had romantic affair with Luca Palanca, an American actor and writer. Tahnee worked in Palanca’s family restaurant for a brief period. They met there and the two fell in love, but this affair did not culminate in marriage.
Tahnee Welch got married to popular television actor Jared Harris in 1991. It was private affair where only close friends and relatives were invited. The marriage lasted only five years and the couple got divorced in 1996. They have no children.
Trivia
Tahnee wanted to be famous like her mother, but was not happy being the daughter of a superstar. She has openly declared, “it was difficult growing up as the child of a famous mother.”
Tahnee never had a good bonding with her mother. Her mother often left her with nannies, and hardly spared time for Tahnee. When her mother sent letters to Tahnee, she would often sign in her name Raquel and not as ‘Mom.’
Tahnee was a school dropout. Though her parents wanted her to concentrate on studies, she was inclined towards drama and theatre from the very beginning.
Recommended Lists:
Fashion #536
You May Like

See the events in life of Tahnee Welch in Chronological Order