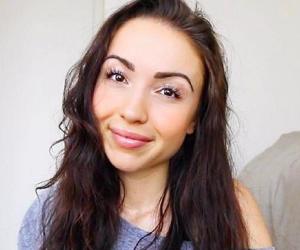 Samara Redway
Sylvia Gani is a Canadian YouTuber, Instagram Star & Vlogger. She has mover 1.4 million subscribers to her YouTube channel. Makeup tutorial videos are one of the most watched in YouTube and a number of new age women generously share their knowledge and expertise for those who are in need of it. Sylvia Gani is one such young woman who is the proud owner of a makeup, beauty and fashion oriented channel in the video sharing platform. In her channels, she puts up multiple contents but all of it is related to beauty. Apart from her YouTube channel, she also maintains a beauty and makeup blog where she updates her fans about the latest trends in beauty and shares with them various tips and tricks.

Ever since her channel gained popularity and the number of subscribers went up, Sylvia has bagged a number of endorsements from reputed cosmetic brands. She has regularly collaborated with other media celebrities to add value to her content. The viewers love her unique take on beauty trends and value her opinion about various makeup products. Canadian Women
Libra Youtubers
Female Vloggers
Female YouTubers
Rise to Stardom
Sylvia started her self-christened channel in November 2013 but did not publish her first video until March 2015. Her first video was a makeup tutorial, showing YouTube viewers the perfect way to achieve a soft pink Smokey-eye using the Urban Decay Naked Palette 1. Sylvia was 21 years old at that time and with unparalleled drive and determination she continued to post videos on beauty and fashion. She kept a healthy mix of content with makeup tutorials, makeup challenges, outfit of the day videos, reviews of popular makeup products, and various clever makeup/fashion hacks.
Recommended Lists:

Canadian Vloggers
Canadian YouTubers
Women Beauty Vloggers
Canadian Female Vloggers
She regularly featured her baby brother and boyfriend in her videos while making the challenge video. She has taken on some weird challenges like trying out 100 coats of liquid lipsticks, doing her makeup without using any brushes and baby brother doing her makeup. She has given her viewers her honest takes on various Instagram hacks, DIY masks popular on Instagram and even trying on ridiculous makeup fads. Sylvia has also created popular looks using exclusively drugstore makeup brands to help those viewers who are just beginners.
Recommended Lists:

Canadian Beauty Vloggers
Canadian Female YouTubers
Canadian Female Beauty Vloggers
Libra Women
The variety and practicality of content on her channel was soon noticed by regular YouTube viewers and the subscriber count started rising in her channel. By end of 2016, she managed to cross that 1 million subscribers mark that all serious YouTubers covet. In an interview, Sylvia attributed her success to being consistent with the content, incorporating fun stuff and having a nice personality.
A mention-worthy subscriber count and total views in the range of several millions not only does help boost your identity, it also affords you other perks. In November 2016, she bagged a deal with lifestyle brand Forever 21 to launch two makeup tutorials, one for a Santa’s Nice Look and the other for a Santa’s Naughty Look, for the upcoming holiday season. She also created a video on her Top Holiday Beauty Picks based on Forever 21 clothes. Both these videos have been featured in the brand’s webpage.
She also creates content for sponsored posts on her channel, collaborating with brands like Sephora, and L’Oréal.
From all her endeavors, her total net worth as of 2017 is close to 200,000 USD per year.

The Best WWE Wrestlers Of The 1990s
Continue Reading Below
What Makes Sylvia Gani So Special
What sets Sylvia apart from hordes of makeup experts on YouTube is the quality of content on her channel. It is never boring or monotonous. She always strives to strike up that perfect balance between funny and informative. Apart from being incredibly pretty, Sylvia is also smart and is always coming up with clever new ways to entertain her viewers whom she lovingly calls ‘The S-Club’. Sylvia expresses her gratitude for the love that the S-Club has showered on her and while filming videos, she always keeps I mind what they might enjoy.

Behind The Curtains
Sylvia hails from the capital city of Canada, Ottawa. Her parent’s identity is not known as she has never mentioned their names in her videos. She has a baby brother named Adam whom she loves to death. She has also hinted several times that she has a sister as well but till now her sister’s identity is not known.
Despite having interest in fashion and beauty, she got a degree in Criminology. She aspired to be a successful model and had even taken classes to achieve that goal, but due to her height she dropped the idea midway. Instead, she started working together building her image as a famous beauty commentator.
Sylvia has been in a relationship with Comedian, Singer and YouTube,r Charles Raynor, a.k.a. WolfieRaps. She has featured him in several of her videos on her channel and vice versa. Together, they paint a pretty picture and seem to be going strong although there is no news of wedding bells in future yet. 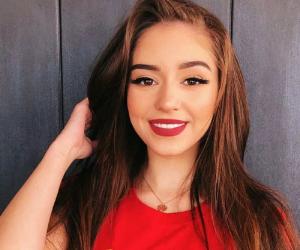