Suigeneris, also known simply as Suie, is an American rapper. He has gained notoriety for rapping about drugs, women, and wealth despite being a teenager. A California native, Suie has always been interested in music. He grew up listening to Tupac, Migos, Young Thug, and Future, to name a few. In 2017, he put out his first single, ‘Pull Up’, which became a massive hit and gave him a solid footing in the music industry. In the ensuing months, he released several singles, including ‘Racks’, ‘Now’, ‘How I Feel’, ‘Let You Go’, ‘Blank’, and ‘Nevaland’. In 2018, he put out his debut album, ‘The Cheat Code’. It was followed by ‘Suinami’ in 2019. Widely regarded as one of the most promising rappers in the industry today, Suie is active on various platforms of social media and uses them to not only publish his music but also interact with his fans. He has over a hundred thousand subscribers and millions of views in total on YouTube. On Instagram, he has accumulated over 400 thousand followers and on Twitter, a few thousand followers. Briana Roy
Rappers #957
Singers #9333
23rd July In History
DID WE MISS SOMEONE?
CLICK HERE AND TELL US
WE'LL MAKE SURE
THEY'RE HERE A.S.A.P
Quick Facts

American People
Leo Singers
Leo Rappers
Male Rappers
Male Singers
Rise to Fame
Suie began his journey to musical stardom after setting up his SoundCloud account. Like millions of other users on the platform, he too wished to release a hit song in those early days of his career. In July 2017, Suie put out his debut single, ‘Pull Up’. The track was a massive hit, registering over three hundred thousand views immediately after its release. He followed it up with the single ‘Racks’, which was released on November 9, 2017. ‘Now’ was put out in January 2018 and featured Lil Skies. They had been communicating for a while through social media and wanted to work together. ‘Now’ was even a bigger hit than ‘Pull Up’. It quickly garnered seven million playbacks on SoundCloud. The music video for the song was put out on YouTube in October, and in less than two weeks, received over a million views. Suie has developed close friendships with Lil Skies and another rapper named Landon Cube. They have performed together at various events.
The other non-album singles he released in 2018 are ‘Purple Drip’, ‘Made It’, ‘Blast Off’, ‘The End’, and ‘Let It Go’. On March 4, 2018, he put out ‘FOMX’, a single that was produced by Richie Beatz. On March 2, 2018, Suie released his debut album, ‘The Cheat Code’, through Devilgear Records / EMPIRE. It is comprised of ten tracks: ‘Beware’ (ft: LilDaddex), ‘Blank’, ‘Check’, ‘Decline’, ‘In the Zone’, ‘Like Me’, ‘Mary Jane’, ‘Rise’, ‘See Me No More’, and ‘Wok’.
Suie put out his second and most recent album, ‘Suinami’, on March 15, 2019. Also released through Devilgear Records / EMPIRE, it contains 16 tracks: ‘Frank Muller’, ‘Dancin’, ‘Really Do This’ (ft. DaBoli), ‘Both Ways’ (ft: LilDaddex), ‘Lucifer’, ‘Trenches’ (ft. NLE Choppa), ‘Feelings’ (ft. TJ Porter), Kool Aid’, ‘Slime’, ‘Love and Hate’, ‘Cap 2 Much’ (ft. Jasper), ‘Nevaland’, ‘Feel the Same’, ‘Selfish’, ‘How I Feel’, and ‘Waste Away’.
Suie started posting pictures and videos on Instagram in October 2017. Since then, he has used the platform to promote his merchandise, music, and sponsors. He also shares photographs with his friends and relatives.
You May Like

American Rappers
American Singers
Leo Men
Continue Reading Below
Family & Personal Life
Suie was born on July 23, 2003, in San Jose, California, USA to Mexican parents and was raised alongside two brothers. He has known for a while that he wanted to do something in his life that would garner him some recognition. While he studied at a school and was part of one of their sports programs, he was not whole-heartedly focused on his studies. Tupac was his father’s favourite rapper and Suie grew up listening to some of the best tracks of the legendary artist. Later, he also started listening to the likes of Future, Migos, and Young Thug.
Trivia
In Latin, the phrase Sui generis means "of its (his, her, their) own kind; in a class by itself; unique." 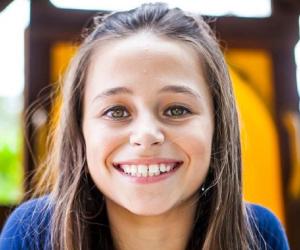