(English Actress, Broadcaster and Comedian Known for Her Shows: ‘The Great British Bake Off’ and ‘Insert Name Here’)

Sue Perkins is an English comedian, writer, actress and broadcaster, best known as one half of the comedy duo Mel and Sue. Sue grew up in Croydon and received her early education from an all girls’ school near her house. She enrolled into the University of Cambridge following her high school graduation, where she became interested in performing for the first time. While in college, she met Mel Giedroyc, who eventually became her partner and together they formed the comedy duo named Mel and Sue. They began performing in the 1990s and appeared on TV shows such as ‘French & Saunders’, ‘Light Lunch’ and ‘Casting Couch’. However, in the early 2000s, the duo embarked on a hiatus as Mel settled down with her family. Sue then embarked on a solo career and made several television appearances on TV shows such as ‘Celebrity Big Brother’, ‘RI:SE’, ‘Never Mind the Full Stops’, ‘The Supersizers Go...’ and ‘Maestro’ among others. She had a successful solo career. In the mid-2010s, Mel and Sue reunited and since then, they have been working together. Sue Perkins is a lesbian and suffers from a form of brain tumour. Sacha Baron Cohen
DID WE MISS SOMEONE?
CLICK HERE AND TELL US
WE'LL MAKE SURE
THEY'RE HERE A.S.A.P
Quick Facts

Sue Perkins was born Susan Elizabeth Perkins, on September 22, 1969, in Croydon, London, England, to Bert and Ann Perkins, into a middle class family. Her father worked at a car dealership and her mother worked as a secretary. Sue grew up among two siblings. While her parents did not earn a lot, the Perkins siblings spent a comfortable childhood in their hometown of Croydon.

She was often confused about her sexuality when she was a teenager. She did not know anyone who was a homosexual, and thus, it further became more difficult for her to not think that something was wrong with her. She began dating girls in her early 20s, which was when she made peace with her sexual identity.

She was an extrovert young girl while she was attending Croham Hurst School, which was at a few minutes’ distance from her home. She admitted in her interviews that she caught up with a lot of bad vices during her high school years. It was an independent school for all girls. She was schoolmates with the popular television presenter Susanna Reid.

Following her high school education, she enrolled into the University of Cambridge, at the Murray Edwards College, which was known as the New Hall at that time in the late 1980s.

In the college, Sue Perkins first became deeply interested in the comedy and dramatics and was the president of a college drama group called Footlights. There, she met Mel Giedroyc. The two found comedy to be their common interest and formed a duo called Mel and Sue. Sue graduated college in 1991 with a degree in English.

The comedy duo Mel and Sue performed their first show in 1993, which was titled ‘The Naked Lunch’. They further composed another show together, called ‘Kittens Go Grrrrr’, which played at the Edinburgh Festival, which can deemed to be the stepping stone for them into the mainstream comedy scene.

Around the same time, they got the chance to feature as a comedy duo on the popular sketch show called ‘French & Saunders’. Together, they appeared on the show on several episodes. Despite the show’s success, Mel and Sue mostly relied on doing stage shows for a few more years.

In 1997, another breakthrough happened for them when they were hired to host the Channel 4 chat show called ‘Light Lunch’. The show’s format had several celebrity guests coming to the show to eat food cooked by celebrity chefs. They also did the evening version of the show, which was named ‘Late Lunch’. The show ran for a year towards the late 1990s.

In 1998, they received yet another major gig, this time to host the show titled which was a comedy panel game show. The show played on ITV at the late primetime slot and despite a lot of speculation around the show’s success it was considered a commercial and critical failure. Due to that, the show stopped airing after the initial six episodes. However, Mel and Sue somehow gained a lot of recognition owing to their chemistry and the comic timing.

Around the early 2000s, although the duo kept receiving offers to appear on television, they had slowed down a bit as Mel had gotten married and had children. Around that time, they appeared as co-presenters on the morning show titled ‘RI:SE’ on Channel 4.

Through most of the 2000s, Mel and Sue Perkins kept working separately. In 2002, Sue appeared on the show ‘Celebrity Big Brother’. She had entered the show on day 1 and was evicted from the show on the 9th day. She had promised to donate the money earned from the show to a few charities.

In 2005, Sue Perkins lent her voice for the character of messenger bird in the animated film titled ‘Dinotopia’, which was based on an illustration book series of the same name. Around the same time, she also served as an additional writer on the BBC sitcom titled ‘Absolutely Fabulous’.

Over the next few years, she constantly appeared in a string of BBC programmes, such as ‘Have I Got News For You’, ‘Room 101’, ‘QI’, ‘Question Time’ and ‘Celebrity Weakest Link’ etc.

In the mid-2000s, Sue Perkins further made an appearance on BBC’s English vocabulary quiz show titled ‘Never Mind the Full Stops’, which was based on English language’s uses, misuses and idiosyncrasies.

In 2007, she further became a part of the experimental show titled ‘Edwardian Supersize Me’. The show was based on a unique concept where she was partnered up with the food critic Giles Coren, as they had to eat the Edwardian food while wearing the clothing from the Edwardian era.

The success of the show paved way for another show on the same theme, titled ‘The Supersizers Go.....’, however this time around the participants had to focus on other periods in the history as well. In one of the most popular episodes, Sue had to survive for a week on the Second World War rations.

For the next few years, Sue consistently appeared on many British reality television programmes, such as ‘Maestro’, ‘The Big Food Fight’ and ‘The Great British Bake Off’.

In between, she also appeared playing roles in many fictional series’ as well, such as ‘Wit’s End? British Comedy at Crossroads’ and ‘Heading Out’. The latter was a sitcom where she served as a writer, also playing the lead role. The series garnered mixed reviews and the ratings kept plummeting and hence, the show was taken off-air after six episodes of it were aired.

In the more recent years, she has appeared hosting the BBC Two show titled ‘Insert Name Here’, serving as a commentator on the show titled ‘Can’t Touch This’ and co-presenting a weekly game show titled ‘The Big Spell’.

In September 2019, she presented a BBC show called ‘Japan with Sue Perkins’, which was a two part series, taking a glimpse into life in Japan.

She has also been very active on radio and has appeared on many radio programmes. Currently, she serves as the presenter of the comedy show titled ‘Nature Table’.

In October 2015, she published her autobiography titled ‘Spectacles’. Additionally, she was one of the finalists in the ‘Autobiography of the Year’ award at the 2018 National Book Awards for the autobiographical travel book titled ‘East of Croydon’.

Starting from the mid-2010s, Mel and Sue have made a comeback as a comedy duo together and have worked together on a one season long chat show titled ‘Mel and Sue’. However, their second inning together was not as successful. In 2020, they appeared together playing a duo in the comedy film ‘Hitmen’.

Sue Perkins came out as a lesbian in 2002, when her then girlfriend Rhona Cameron introduced her as one on the show ‘I’m a Celebrity... Get Me Out of Here’.

She has been in a relationship with TV presenter Anna Richardson since 2014.

She suffers from a condition called Prolactinoma, owing to which she is unable to produce children.

See the events in life of Sue Perkins in Chronological Order 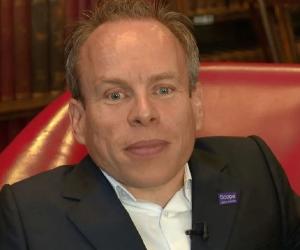 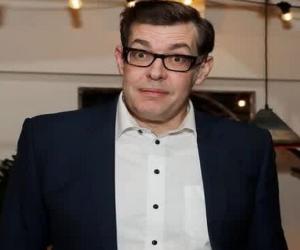