Steven Bauer is a Cuban-American film and television actor known for his performances as Manny Ribera in the 1983 film ‘Scarface’, Don Eladio in the AMC drama series ‘Breaking Bad’, Avi in ‘Ray Donovan’, and Joe Peña in the bilingual PBS show ‘¿Qué Pasa, USA?’ A Havana native, he left Cuba with his family when he was three years old. Bauer made his acting debut in 1977 in the TV series ‘¿Qué Pasa, USA?’ Six years later, he appeared on the big screen for the first time, in the 1983 romantic comedy ‘Valley Girl’. His breakthrough role, as Manny Ribera in ‘Scarface’, came about that year as well. In the following years, Bauer has emerged as one of the most successful character actors working in the industry. He has received several accolades over the course of his career, including the Screen Actors Guild Award for Outstanding Performance by a Cast in a Motion Picture in 2000 for ‘Traffic’. David McCallum
Actors #1633
Film & Theater Personalities #3708
DID WE MISS SOMEONE?
CLICK HERE AND TELL US
WE'LL MAKE SURE
THEY'RE HERE A.S.A.P
Quick Facts

American People
Cuban People
Cuban Women
University Of Miami
Tall Celebrities
Tall Female Celebrities
Childhood & Early Life
Steven Bauer was born Esteban Ernesto Echevarría Samson on December 2, 1956, in Havana, Cuba, to Lillian Samson Agostini and Esteban Echevarría. His father was a pilot while his mother was a schoolteacher.
Following the 1960 Revolution led by Fidel Castro and Che Guevara, Bauer and his family immigrated to the United States and settled in Miami, Florida.
He attended Miami Coral Park High School. Initially, he wanted to be a musician but later developed a passion for acting. He studied at Miami-Dade Community College briefly before enrolling in the University of Miami to pursue a degree in theatre arts.
Continue Reading Below
You May Like

The Hottest Male Celebrities With The Best Abs
Career
In 1977, Steven Bauer began his acting career in the bilingual PBS show ‘¿Qué Pasa, USA?, portraying a character named Joe Peña. He subsequently made a series of cameo appearances in shows like ‘The Rockford Files’ (1978), ‘From Here to Eternity’ (1980), and ‘One Day at a Time’ (1981). He was cast in several TV movies during this period, including ‘She’s in the Army Now’ (1981) and ‘An Innocent Love’ (1982).
Bauer made his big screen debut in an uncredited role in the romantic comedy ‘Valley Girl’ (1983). In 1986, he shared screen space with Billy Crystal and Gregory Hines in the cop comedy ‘Running Scared’. That year, he also portrayed an Israeli soldier in the Canadian CTV television movie ‘Sword of Gideon’.
He worked with Benicio Del Toro and Craig T. Nelson in television miniseries ‘Drug Wars: The Camarena Story’ (1990), in which he played a Drug Enforcement Administration agent named Enrique "Kiki" Camarena. He was nominated for a Golden Globe Award for the Best Performance by an Actor in a Mini-series or Motion Picture Made for TV for his performance.
In 1990, he replaced Ken Wahl as the series lead in the final season of CBS’ crime drama ‘Wiseguy’, portraying US Attorney Michael Santana. In the ensuing years, Bauer has predominantly chosen to accept roles in action films and crime dramas.
Some of his most prominent performances in the 1990s and 2000s are as Joey Pinero in ‘Primal Fear’ (1996), Carlos Ayala in ‘Traffic’ (2000), Vito Genovese in ‘Boss of Bosses’ (2001), Senator Edmonds in ‘Enemies Among Us’ (2010), and P.O. Ramirez in ‘Once Upon a Time in Queens’ (2013).
In the video game spin-off ‘Scarface: The World Is Yours’ (2006), he lent his voice to a drug dealer known as The Sandman. He played the recurring character Don Eladio Vuente in the third season of ‘Better Call Saul’ and the fourth season of ‘Breaking Bad’.
In 2013, Bauer was cast as the former Mossad agent turned private investigator "Avi" in Showtime’s crime drama ‘Ray Donovan’. He is set to star in multiple upcoming projects, including the short film ‘The Circle of Addiction: A Different Kind of Tears’, the comedy ‘Deported’, and the thriller ‘A Day Like a Week’.
Major Work
Steven Bauer was cast as Manny Ribera in the 1983 crime-drama ‘Scarface,’ the remake of the 1932 film of the same name. His role had been portrayed by George Raft in the original movie. Bauer received critical praise for his performance and was nominated for the Golden Globe Award for the Best Performance by an Actor in a Supporting Role in a Motion Picture in 1984.
Family & Personal Life
Steven Bauer has been married four times. From 1981 to 1989, he was married to actress Melanie Griffith. They have a son together, Alexander (born 1985). In 1989, he married his second wife, actress Ingrid Anderson, who gave birth to his younger son, Dylan, in 1990.
After Bauer and Anderson’s divorce in 1991, he exchanged wedding vows with Christiana Boney in 1992. That marriage lasted until 2002. In 2003, he tied the knot with his fourth wife, Paulette Miltimore. They divorced in 2012.

See the events in life of Steven Bauer in Chronological Order 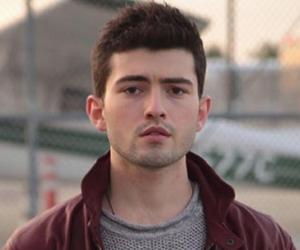 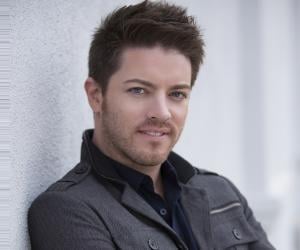 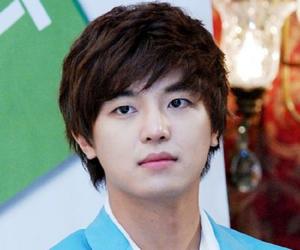