Steve Perry realized quite early in life that music was his sole purpose of existence, and made great efforts in his early teens to carry out musical endeavors. He soon joined the much-famed rock band ‘Journey’ as their lead vocalist. The band achieved huge commercial success during his membership. He added a clean sound to the band and refined it by adding traditional pop elements to it, making it fresh. Although his musical career was apparently fluctuating due to some unfortunate events, he nonetheless proved that he had the moral fiber to overcome them all. Steve is known to possess one of the finest voices that music of all times ever had, His friend Jon Bon Jovi had coined a moniker ‘The Voice’ for him which best described his capacity to bring alive the music elements, entwining harmony and rhythm. Overriding all the hindrances, he ‘breathed’ music all his life. In the later phase of his career, he released many solo albums, which were a part of his musical pursuits before signing up with ‘Journey’. At present, he lives in Del Mar, California. Taylor Swift
Rock Singers #32
Musicians #310
Singers #146
Continue Reading Below
DID WE MISS SOMEONE?
CLICK HERE AND TELL US
WE'LL MAKE SURE
THEY'RE HERE A.S.A.P
Quick Facts

American People
American Men
California Musicians
University Of Toronto
Male Singers
Childhood & Early Life
Steve was born to Ray Perry, vocalist and owner of radio station KNGS, and his wife Mary Perry. His family was of Portuguese descent which helped him acquire fluency in both English and Portuguese.
After few years of his birth, his parents got divorced and he moved in with his mother and grandparents. He was 14 when his mother met and married Marv who provided him considerable encouragement to carry out his musical pursuit.
His family moved to Lemoore, California, where he attended the local high school and actively participated in the school’s marching band as well as other bands.
He was quite young when he heard Sam Cooke on the radio for the first time. Cooke’s song ‘Cupid’ inspired him to take up singing seriously as a full-time career.
In his early days, he carried out his musical endeavor by joining with like-minded friends in groups and giving performances in local barbershop Quartet. ‘The Sullies’ was the highly rewarding of them all in which he played drums and sang. It won the battle of the bands in Calaveras outshining 80 other bands.
He attended College of the Sequoias in Visalia, California where he was the first tenor in their choir. Although he did not complete his formal education, the musician within him overshadowed his other attributes.
In his early twenties, he moved to Sacramento where he started a band ‘Ice’ with a 16-year-old Scott Matthews (now a famous American musician). But soon it got disbanded due to inadequate supervision and inefficient management.
In 1977, he formed a band ‘Alien Project’ along with Craig Krampf which earned them a recording contract with Chrysalis and Columbia Records, right away after their first performance. Unfortunately, the band’s bassist Richard Michaels died in a car accident on 4th July in the same year.
As a result of this ill-fated event, he returned to Lemoore and decided not to take-up his singing career further. But, support and encouragement from his mother persuaded him not to give up. Fortunately, he soon got a call from Walter ‘Herbie’ Herbert, the manager of a San-Francisco based band, ‘Journey’, who had come across his Alien Project demo tape. 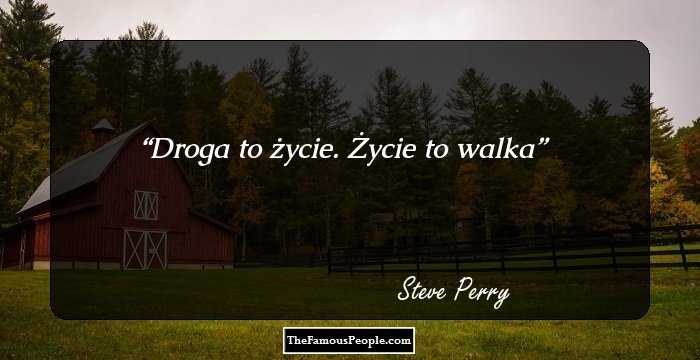 The Hottest Male Celebrities With The Best Abs
Career
On October 28, 1977, he made his public debut with ‘Journey’ in San Francisco. The band soon moved to mainstream rock with Perry on their side and released the first album with him, ‘Infinity’, which led to substantial increase in sales. It included his self-composed song ‘Lights’ which became an instantaneous chartbuster.
In 1979, ‘evolution’ was released and it too became a huge seller, featuring Journey’s first top 20 hits, ‘Loving, touching, squeezing’. In the following year, ‘Escape’ was released packed with hits such as ‘Don’t stop believing’. It became the band’s best-seller album, selling more than 7 million copies.
In 1983, one of era’s top selling albums, ‘Frontiers’ was released. In the same year, ‘Journey’ undertook an extensive tour to fund its recordings. Following this, Perry released his first solo album ‘Street talk’ which included his first biggest hit as a solo artist, ‘Oh Sherrie’, written for his then-girlfriend Sherrie Swafford.
A series of unfortunate events compelled him to leave ‘Journey’ unofficially in 1986. Thereafter, he took a seven years break from the music industry. He reunited with ‘Journey’ in 1996, for the reunion album, ‘Trial by Fire’, which was a huge success, making its way into the third position in billboard chart. But due to a hip injury, he couldn’t continue further with the band.
In 1998, he released “greatest hits + 5 unreleased”, a solo compilation album which included an original Alien Project demo.
In 2005, he did many background vocals and covers along with the ‘Ambrosia’s lead vocalist, David Pack. 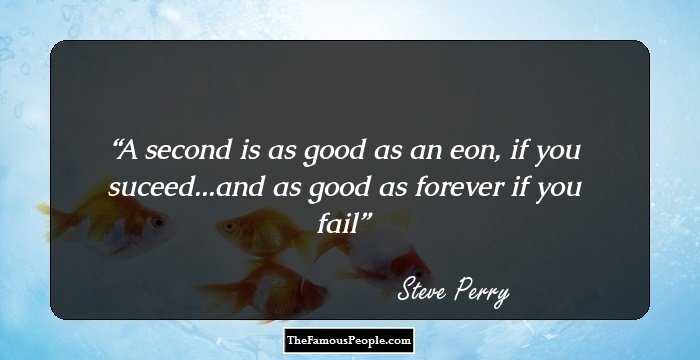 Quotes: You
Major Works
In 1984, he released his first solo album, ‘Street Talk’, which was his biggest hit as a solo artist. It also included “Oh Sherrie”, whic was written for his then girlfriend, Sherrie Swafford, who also appeared in the music video. The song attained topmost position in the US rock charts and received heavy airplay on MTV.
In 1985, he was one of the 21 singers in the charity single, ‘We are the world’, recorded by the super group ‘USA for Africa’. It won him much respect and admiration from his fans all across USA.
Continue Reading Below
In 1998, he recorded several songs for the soundtrack of ‘Quest for Camelot’, a Warner Bros. film. It can be found on the motion pictures soundtrack now.
In 2006, he remastered and re-released his two solo projects, ‘Street Talk’ and ‘for the love of strange medicine’ and ‘Greatest Hits’ CD.
Awards & Achievements
His band ‘Journey’ was awarded a star on the Hollywood Walk of Fame for recording at 6750 Hollywood Boulevard at Hollywood, California.
He was included in one of the music’s top 100 singers list by the Rolling Stones magazine. 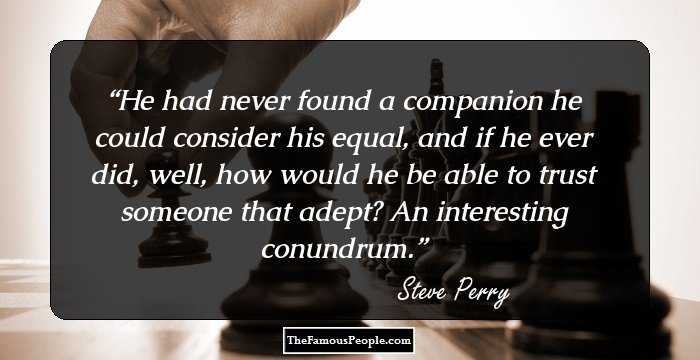 Quotes: Never
Personal Life
The relationship between him and his girlfriend Sherri Swafford didn’t work out and caused him much heartache. His break-up pain is apparent in many of his musical compositions.
His mother Mary was diagnosed with a serious neurological illness which resulted into her death on December 4, 1985. Her untimely death affected him and his career profoundly.
Trivia
His 1984 music video ‘Foolish heart’ does not have a single editorial cut.
He has shown a good deal of interest in cattle and dairy-farming including an interest in bovine insemination business in Central valley, California.
You May Like

See the events in life of Steve Perry in Chronological Order