Stephen Baldwin is an American actor, producer, and author. He is the youngest sibling of Alec, Daniel, and William, who are popularly known as the 'Baldwin brothers.' He is best known for his role in the film 'The Usual Suspects.' His other film and TV credits include 'The Young Riders,' 'Born on the Fourth of July,' 'Threesome,' 'Bio-Dome,' 'Half Baked,' 'Flintstones in Viva Rock Vegas,' and 'Scare Tactics.' He has also participated in reality TV shows, such as 'The Celebrity Apprentice' and 'Celebrity Big Brother.' In 2006, he co-wrote the book 'The Unusual Suspect: My Calling to the New Hardcore Movement of Faith' along with Mark Tabb. The book provides an insight into his personal life and career. It also narrates how he became a born-again Christian following the September 2001 terrorist attacks. He later became a Christian evangelist as well as a conservative activist. He is also popular for voicing his conservative political views, and has supported many Republican candidates over the years. He hosted the Saturday radio show 'Baldwin/McCullough Radio' with conservative talk-radio host Kevin McCullough. 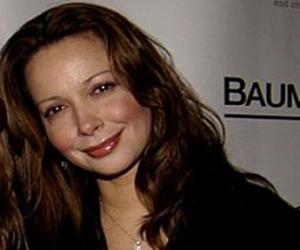 American People
New Yorkers Actors
American Academy Of Dramatic Arts
Taurus Actors
American Actors
Childhood & Early Life
Stephen Baldwin was born on May 12, 1966, in Massapequa, New York, USA, to Carol Newcomb and Alexander Rae Baldwin, Jr. His father was a high school social studies teacher as well as a football coach, and his mother was a homemaker.
He is the youngest of six children born to his parents, and has three older brothers – Alec, Daniel, and William (Billy) – all of whom are actors. His two older sisters, Elizabeth Keuchler and Jane Sasso, did not pursue careers in acting.
He attended ‘Alfred G. Berner High School’ in Massapequa from where he graduated in 1984. With an aim of becoming an actor like his elder brothers, he got into ‘The American Academy of Dramatic Arts.’
Continue Reading Below
You May Like

The Most Popular US Veterans
Acting Career
Stephen Baldwin debuted on television with the made-for-TV feature 'The Prodigious Mr. Hickey' from the 'American Playhouse' anthology series in 1987. The following year, he appeared in an episode of the TV series 'Family Ties,' and acted in films, such as 'The Beast' and 'Homeboy.'
In 1989, he landed the role of young ‘William "Buffalo Bill" Cody’ in the western television series 'The Young Riders.' The same year, he made a guest appearance in an episode of 'China Beach,' and worked in films, such as 'Last Exit to Brooklyn,' 'Casualties of War,' and 'Born on the Fourth of July.'
In the following years, he appeared in a number of films, such as 'Posse,' 'Bitter Harvest,' 'Threesome,' and the biographical drama '8 Seconds.'
In 1994, he acted in 'A Simple Twist of Fate,' which was based on a novel titled 'Silas Marner' by George Eliot. He also acted in 'Mrs. Parker and the Vicious Circle,' which was directed by Alan Rudolph.
He received his big breakthrough in 1995 when he was cast as ‘Michael McManus’ in the Bryan Singer-directed neo-noir mystery film 'The Usual Suspects.' He followed it up with a starring role in 'Bio-Dome' in 1996, a role his elder brother Alec had advised him against.
He next appeared in TV films, such as 'Mr. Murder' and 'Cutaway.' He also worked in movies like 'Crimetime,' 'Half Baked,' and 'Scar City.' In 2000, he had a major role in the sci-fi rom-com 'The Flintstones in Viva Rock Vegas.'
He was a contestant on ABC's 'Celebrity Mole Hawaii,' which aired in early 2003. The following year, he returned for another edition of the show, which was titled 'Celebrity Mole Yucatán.' He landed a recurring role in the TV series 'Scare Tactics' in 2003.
During the 2000s, he had starring roles in films, such as 'Friends & Lovers,' ‘Xchange,' 'Protection,' 'Dead Awake,' 'Silent Warnings,' 'Lost Treasure,' 'Target,’ ‘Six: The Mark Unleashed,' and 'Shark in Venice.' He appeared on Donald Trump's 'Celebrity Apprentice' in 2008, and participated in the ‘NBC’ reality show 'I'm a Celebrity…Get Me out of Here!' in 2009.
On January 2010, he became the first celebrity to enter the 'Big Brother' house. He returned to 'All-Star Celebrity Apprentice' as a contestant in 2013. He then went on to appear in films like 'Faith of Our Fathers' (2015) and 'Magi' (2016).
Continue Reading Below
He also appeared in films, such as ‘The Apostle Peter: Redemption’ (2016) and ‘The Least of These: The Graham Staines Story’ (2019).
Apart from acting, Baldwin has also directed documentaries like ‘Livin' It’ (2004) and ‘The Will to Drill’ (2012).
Religious and Political Activism
Along with Mario D'Ortenzio and Bobby Brewer, Stephen Baldwin founded ‘Breakthrough Ministry’ in 2006 and partnered with Daniel Southern to launch arena tours called ‘AsSalt Tours’ to organize extreme sports events. He founded the for-profit organization ‘Antioch Ministry’ in 2008. The next year, he launched the ‘Now More Than Ever’ ministry along with Daniel Southern.
Following a change in his religious outlook, he started attending George W. Bush rallies. He initially endorsed Sam Brownback during his run for presidency in 2007. After his campaign ended, he started supporting Mike Huckabee.
During the 2008 presidential election, he firmly supported John McCain and Sarah Palin and went as far as calling Barack Obama a "cultural terrorist." He even threatened to leave the US if Obama gets elected. During the 2016 presidential election, he endorsed Republican candidate Donald Trump for the presidency.
Major Works
The critically acclaimed film 'The Usual Suspects' is considered one of Stephen Baldwin's best works till date. The Academy Award-winning film received favorable reviews from critics and audience alike.
Awards & Achievements
Along with his co-stars, Stephen Baldwin won the 'National Board of Review Award' for 'Best Acting by an Ensemble' for the film 'The Usual Suspects.' The cast of the film also won an 'Awards Circuit Community Award.'
Personal Life & Legacy
On a subway in New York in 1987, Stephen Baldwin met Brazilian graphic designer Kennya Deodato, daughter of Brazilian composer and record producer Eumir Deodato. After three years of dating, the two got married in 1990, and have two daughters namely, Alaia and Hailey Baldwin. Both their daughters went on to become fashion models.
On June 12, 2009, his home in Upper Grandview, New York was auctioned off after he failed to pay mortgage of nearly one million dollars. He and his wife Kennya filed for a Chapter 11 bankruptcy protection on July 21, 2009. In 2013, ‘Deutsche Bank’ filed a foreclosure on his house, located in the village of Nyack, for failing to pay another mortgage.
On December 2012, he was arrested in Rockland County, New York as he had failed to pay his taxes for the years 2008, 2009, and 2010. He was released when he agreed to pay $300,000 within a year, and the rest in five years' time. On May 2014, he was arrested for driving with a suspended license.
Trivia
Stephen Baldwin, who has 17 tattoos on his body, got the initials 'HM' tattooed on his left shoulder after being promised a cameo role in the show 'Hannah Montana' by Miley Cyrus and Kayla Bell. However, he regretted the decision of getting the initials tattooed on his shoulder when he failed to land a role in the show.
On January 2006, he launched a campaign to block the permit of an adult shop in the village of Nyack, New York. The shop remained open for a few days before a New York Supreme Court judge abruptly revoked its business license.

See the events in life of Stephen Baldwin in Chronological Order 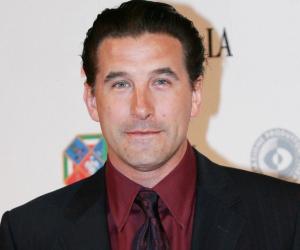