(One of the Most Versatile and Influential Actors of His Generation)

Stellan Skarsgard is a Swedish actor best known for appearing as Jan Nyman in the flick ‘Breaking the Waves’, as Prof. Gerald Lambeau in the American drama film ‘Good Will Hunting’ and as Captain Tupolev in the American thriller ‘The Hunt for Red October’. He is also known for playing the role of Dr. Erik Selvig in a number of Marvel Cinematic Universe movies, including ‘Thor’, ‘The Avengers’ and ‘Avengers: Age of Ultron’. Skarsgård started his career quite early and by the time he reached his teenage, he was already a known actor. He then went on to become a star, appearing in both Swedish and American films. Skarsgård has also done a number of TV programs till date. His most notable television role was as John River in the British drama series 'River'. Talking of his personal life, he has been married twice and is the father of eight children. His sons Alexander, Gustaf, Valter and Bill Skarsgård are also famous Swedish actors. Megan Everett
DID WE MISS SOMEONE?
CLICK HERE AND TELL US
WE'LL MAKE SURE
THEY'RE HERE A.S.A.P
Quick Facts 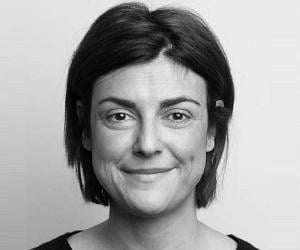 Swedish People
Swedish Men
Tall Celebrities
Tall Male Celebrities
Gemini Actors
Career
Stellan Skarsgard’s first acting role was in the 1968 Swedish TV series ‘Bombi Bitt’ when he was a teenager. He then appeared in the Swedish films ‘Strandhugg i somras’ and ‘Anita: Swedish Nymphet’. In 1981, he played roles in the mini-series ‘Skärp dig, älskling’ and ‘Babels hus’. The following year, the actor was cast in the Swedish drama flick ‘The Simple-Minded Murderer’. Soon after this, he appeared in the movies ‘Åke och hans värld’ and ‘Falsk som vatten’.
In 1985, Skarsgård made his American film debut, appearing as Olaf Helton in the flick ‘Noon Wine’. In the ensuing years, he got featured in a number of big screen projects, including ‘Hip hip hurra’, ‘The Unbearable Lightness of Being’, ‘Friends’, ‘Täcknamn Coq Rouge’ and ‘The Perfect Murder’. In 1990, he played Captain Viktor Tupolev in the American espionage thriller ‘The Hunt for Red October’. The same year, Skarsgård did the Swedish film ‘Good Evening, Mr. Wallenberg’. He played the part of Raoul Wallenberg, a Swedish diplomat who worked to save Holocaust victims.
In 1995, he played Randbæk in the Norwegian film ‘Zero Kelvin’. A year later, the actor played his breakthrough role of Jan Nyman in ‘Breaking the Waves’. In this unconventional film, he played the character of an unusual man who asks his wife to have sex with other men after he becomes immobilized in an accident. After this, he got featured in the movies ‘Insomnia’, ‘Good Will Hunting’ and ‘Amistad’.
In the early 2000s, he contributed to many small and big screen projects, such as ‘Dancer in the Dark’, ‘Taking Sides’, ‘Aberdeen’, ‘Dogville’, ‘Helen of Troy’ and ‘Harlan County War’. The Swedish actor next appeared in the movies ‘Exorcist: The Beginning’ (2004) and ‘Pirates of the Caribbean: Dead Man's Chest’ (2006). In 2007, he was cast in ‘Pirates of the Caribbean: At World's End’. The following year, Skarsgård played Verner Vollstedt in the TV series ‘Entourage’ as well as Bill in the flick ‘Mamma Mia’.
He played roles in the movies ‘Angels & Demons’ in 2009 and ‘A Somewhat Gentle Man’ in 2010. Soon after this, he was cast as Erik Selvig in the MCU’s ‘Thor’. In 2012, he reprised this role in ‘The Avengers’. After this, the Swedish artist contributed to the films ‘Nymphomaniac’, ‘Order of Disappearance’, ‘Cinderella’ and ‘Avengers: Age of Ultron’. In 2015, he played John River in the TV series ‘River’. Two years later, he did the flick ‘Borg McEnroe’. The romantic comedy film ‘Mamma Mia! Here We Go Again’ (2018) is one of his most recent works.
Recommended Lists: 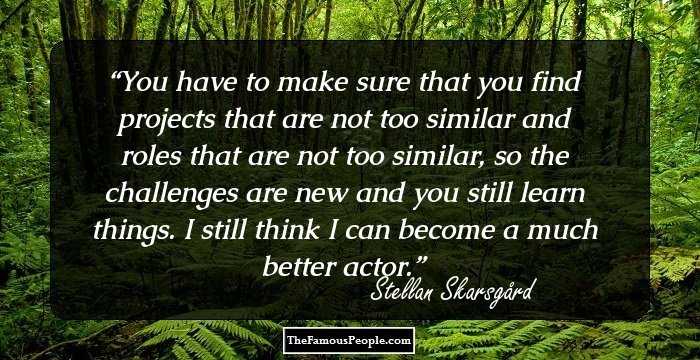 Continue Reading Below
Personal Life
Stellan Skarsgard was born on 13 June 1951 in Gothenburg, Sweden to Jan and Gudrun Skarsgård. He married My Skarsgård, a doctor, in 1975 and together the couple had six children: Alexander, Gustaf, Sam, Bill, Eija and Valter. Alexander, Bill, Valter and Gustaf are actors while Eija has worked as a model in the past. Skarsgård and My separated in 2007 and the actor went on to marry Megan Everett two years later. He has two sons with his second wife: Ossian and Kolbjörn. Skarsgård is an atheist and considers the notion of God absurd. 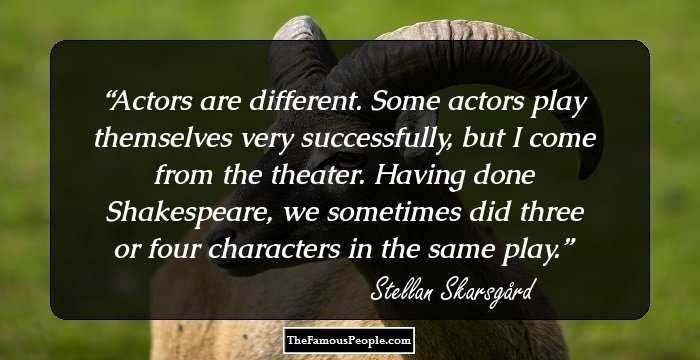 Quotes By Stellan Skarsgård | Quote Of The Day | Top 100 Quotes