Bill Skarsgård is a Swedish actor best known for his roles in the dystopian romantic thriller film ‘The Divergent Series: Allegiant’ and in the horror film ‘It’. Born in Vallingby, Sweden, he is the son of the well-known Swedish actor Stellan Skargard. Hailing from a family with a rich background in the entertainment world, he was exposed to the show business from a tender age. With the help of his actor father, he first appeared as a child actor in the Swedish thriller film ‘White Water Fury’. Later, he appeared in movies such as ‘Arn—The Kingdom at Road’s End’ and ‘Simple Simon’. His performance in the latter earned him a nomination for the Guldbagge Award. He gained international popularity for his role in the dystopian romantic thriller ‘The Divergent Series: Allegiant’. Though the film was met with negative reviews, it did well commercially. He also earned much fame for playing the villain Pennywise the Dancing Clown in the horror film, ‘It’. The film was a humongous success, commercially as well as critically. His role earned him multiple award nominations. Skarsgård played a main role in the Netflix series ‘Hemlock Grove’ as well. Sam Skarsgard
DID WE MISS SOMEONE?
CLICK HERE AND TELL US
WE'LL MAKE SURE
THEY'RE HERE A.S.A.P
Quick Facts 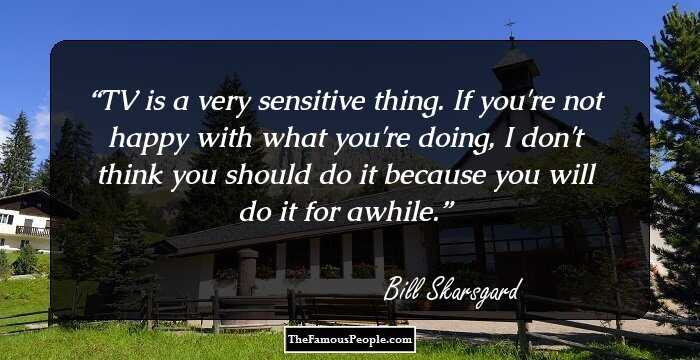 Continue Reading Below
Career
Bill Skarsgård’s career began as a child actor in the 2000 thriller film ‘White Water Fury’. Directed by Jon Lindstrom, the film revolves around four guys who go on a kayaking trip.
In 2002, he was seen in the miniseries ‘Laura Trenter- Dad, the Policeman’. In 2008, he played a supporting role in the film ‘Arn—The Kingdom at Road’s End’. It is a sequel to the 2007 film ‘Arn: The Knight Templar’.
In 2009, he was seen in the film ‘Kenny Begins’ after which he played the lead role in the 2010 film ‘Simple Simon’. He next played the lead role in the drama film ‘Behind Blue Skies’. In 2011, he appeared in two films, ‘The Crown Jewels’ and ‘Simon and the Oaks’.
In 2012, he played a minor role in the British film ‘Anna Karenina’. Directed by Joe Wright, the film was adapted from Leo Tolstoy’s novel of the same name. The film was a commercial success and reviews were mostly positive as well. It was nominated for three Oscars.
In 2013, he appeared in the Norwegian drama film ‘Victoria’, directed by Torun Lian. The film was about a landowner’s daughter and a local miller’s son falling in love and the challenges faced by them.
From 2013 to 2015, he played a main role in the horror web series ‘Hemlock Grove’. The series was about the strange happenings in a fictional town named Hemlock Grove. Roman Godfrey and Peter Rumancek, the lead characters, try to investigate the spate of brutal murders in the town, while also hiding their own dark secrets. The series was met with mostly mixed reviews.
In 2016, he came to popularity on an international level after he played an important role in the dystopian romantic thriller film ‘The Divergent Series: Allegiant’. The film was an average commercial success, though reviews were negative.
His popularity reached newer heights after he played the titular role in the 2017 horror film ‘It’. The film was a huge success financially and it earned $700 million on a budget of $35 million. The film was also praised by critics.
He was next seen in the romantic drama film ‘Battlecreek’ in 2017. He played the role of Henry, a person with a rare skin disease, which forces him to stay out of the sun during the day.
In 2018, he played a supporting role in the black comedy crime film ‘Assassination Nation’. The same year, he was seen in the superhero film ‘Deadpool 2’. The film was a critical and commercial success. 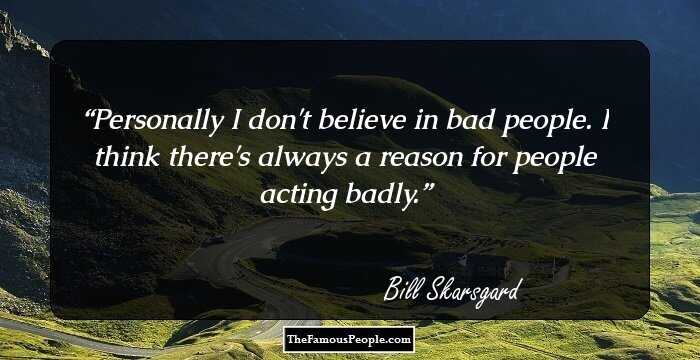 Major Works
One of Bill Skarsgård’s most important works is the historical romance film ‘Anna Karenina’. Directed by Joe Wright, the film is an adaptation of the 1877 novel of the same name by Leo Tolstoy. The film was about a Russian aristocrat and socialite Anna Karenina, who was married to a senior statesman named Alexei Karenin. The film shows how her affair with an officer leads to her demise. The movie was a commercial and critical success.
‘It’, a supernatural horror film, is also one of Skarsgård’s significant works. Directed by Andy Muschietti, the film was based on a novel by Stephen King. Set in the summer of 1989, the film follows the story of seven children who are terrorized by a ‘being’. The film was a huge success commercially, earning $700 million on a $35 million budget. Critical reception was also mostly positive.
In 2018, he was seen in the superhero film ‘Deadpool 2’. It was the sequel to the 2016 film ‘Deadpool’. Directed by David Leitch, the film was a commercial success, earning more than $733 million on a $110 million budget. It became one of the highest grossing films of the year. It was also met with positive reviews.
Personal Life
Bill Skarsgård has not revealed anything regarding his personal life and relationships. However, according to a few sources, he is dating Alida Morberg. 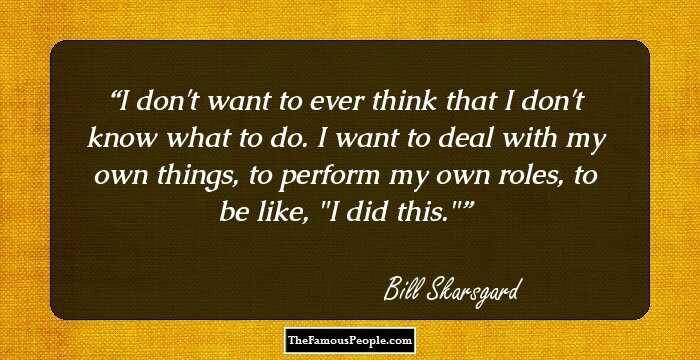 Quotes By Bill Skarsgard | Quote Of The Day | Top 100 Quotes

See the events in life of Bill Skarsgard in Chronological Order