Stefán Karl Stefánsson was an Icelandic film, television, and theatre actor. He gained popularity for portraying the antagonist Robbie Rotten in the children's television series ‘LazyTown’. Born and raised in the port town of Hafnarfjörður, Stefánsson began his career in the entertainment industry when he was 19 years old. His first job was as a puppeteer for television. During those years, he attended the Icelandic Academy of Arts in Reykjavík but did not agree with his country’s standards on drama and acting. He made his screen debut in 1994 in the annual Icelandic television comedy special ‘Áramótaskaupið’. In 1995, he appeared in his first film, the ensemble comedy ‘Privacy’. Despite his previous views on Icelandic theatre, he became a prominent figure in it in the ensuing years. His first prolific appearance on stage was in an adaptation of ‘The Jungle Book’ by Rudyard Kipling. In 2008, he was cast as the Grinch in ‘Dr. Seuss' How the Grinch Stole Christmas! The Musical’, which ran until 2015. He had also done voice-over work for several Hollywood films, including ‘Night at the Museum’, ‘Anna and the Moods’, and ‘Thor’. In 2011, he landed his first leading role in the comedy film ‘Polite People’. Stefánsson played Robbie Rotten between 2004 and 2007 and then once more between 2013 and 2014. Cause of Death: Cholangiocarcinoma

education: Iceland Academy of the Arts

Icelander Celebrities
Icelandic Men
Cancer Actors
Male Singers
Cancer Singers
Childhood & Early Life
Stefán Karl Stefánsson was born on July 10, 1975, in Hafnarfjörður, a port town and municipality situated on the south-west coast of Iceland. He was raised by working-class parents.
He studied at the Icelandic Academy of Arts in Reykjavík. However, he found himself disagreeing with the perspectives of Icelandic drama standards and the approach to acting. In fact, he was once told by the principal at his high school that "Acting is not about making faces and changing your face”, a notion he did not believe in.
Continue Reading Below
You May Like

Who Is The Most Popular BTS Member?
Film & TV Career
After graduating from Icelandic Academy of Arts, Stefán Karl Stefánsson joined the National Theatre of Iceland. He also debuted on the small screen with the television film ‘Áramótaskaupið’ in 1994.
Áramótaskaupið is an annual television comedy special that airs on the New Year’s Eve and has since become a quintessential part of Iceland’s New Year’s celebration. The program provides a humorous and satirical view of the previous year.
Stefánsson played a news reporter and several other characters during his first appearance on ‘Áramótaskaupið’. He would appear in the program in two more years, 2001 and 2002. In his last appearance, he was part of the main cast.
In 1995, he made his cinematic debut with the ensemble comedy ‘Privacy’, portraying a character credited as “Student.” In 1998, he was cast in his first television show ‘Baking Trouble’.
He portrayed several characters, including one named Robbie Williams, in the television film ‘Skaupið: 1999’. In 2000, he appeared in three television programs: ‘Angel No. 5503288’, ‘Car Mechanic Sketches for Eurovision’, and ‘Cars Can Fly’.
He starred in two projects in 2002. ‘Litla lirfan ljóta’ was an animated short film in which he played a character named the Worm. Also starring Benedikt Erlingsson, Þórhallur Sigurðsson, and Ólafía Hrönn Jónsdóttir, the film tells the story of Little Grub Ugly, who embarks on various adventures in her garden. In ‘Stella for Office’, Stefánsson got the chance to work with writer-director Guðný Halldórsdóttir.
He had also done a considerable amount of voice-work and was involved in the dubbing process of popular Hollywood films such as ‘Night at the Museum’, ‘Anna and the Moods’ and ‘Thor’. Furthermore, he had lent his voice to a character credited as Viking Soldier in the 2017 video game ‘For Honor’, which was developed by Ubisoft for Microsoft Windows, PlayStation 4, and Xbox One.
In 2009, he appeared in the comedy film ‘Jóhannes’. Two years later, in 2011, he was cast as Lárus Skjaldarson in ‘Polite People’. This was his first appearance as the main character in a film. Directed by Olaf de Fleur Johannesson, the film narrates the tale of a desperate city-slicker engineer, who gains entry into a small farming community by acting as if he could save its people by refinancing their slaughterhouse. However, he soon learns that the local politics and general misbehaviour are much bigger problems than he has bargained for.
Stefánsson played a character named Simon in the 2014 comedy film ‘Harry Og Heimir’. In 2015, he appeared in the BBC children’s show ‘Titch and Ted Do Maths’.
Continue Reading Below
Theatre Works
In 1997, Stefánsson was cast in his first theatrical role, in a production of ‘The Jungle Book by Rudyard Kipling’. The show ran for two years. He then was part of a production of Einar Örn Gunnarsson’s ‘Palace of Crows’ (1998-99). The four-act drama ‘Ivanov’ (1998-99) was the first Anton Chekhov play he starred in. He would also work in the 1999-2000 production of Hallgrímur Helgason’s play ‘1000 Island Dressing’.
From 1999 to 2000, he was a member of the cast of a production of ‘Little Shop of Horrors’. He also played various roles in the productions of ’A Midsummer Night’s Dream’ (1999-2000), Betty Comden and Adolph Green’s musical ‘Singin' in the Rain’ (2000-01), Edmond Rostand’s ‘Cyrano de Bergerac’ (2001-02), Michael Frayn’s ‘Noises Off’ (2002-03), and Yasmina Reza’s ‘Life x 3’ (2002-03). From 2000 to 2002, he appeared in a production of ‘The Cherry Orchard’, another play by Chekhov.
Stefánsson’s most prominent theatrical role was as the Grinch in a production of ‘Dr. Seuss' How the Grinch Stole Christmas! The Musical’. During its long run (2008-15), it was staged in Baltimore, Boston, Los Angeles, Worcester, Massachusetts and Appleton, Wisconsin,
For his contribution to the National Theatre of Iceland, he received the Thorbjorn Egner Award in 2000.
Major Works
After establishing himself as a lead comedic actor with the National Theatre of Iceland, Stefán Karl Stefánsson was cast in the original theatre production of ‘LazyTown’. He helped create the character of Robbie Rotten and when it ultimately was adapted for television, the showrunners found him to be the obvious choice for portraying the said character. ‘LazyTown’ debuted on August 16, 2004 on Nickelodeon (international).
Portraying the main villain of the show, Stefánsson played an instrumental role in the show’s worldwide success. ‘LazyTown’ garnered numerous awards and accolades, including an EMIL Award, EDDA Award, and Emmy Award nominations and two BAFTA Award nominations. It won the BAFTA Award for Best International Children's Programme in 2006.
On a Reddit AMA, Stefánsson revealed that it generally took two and a half hours for the make-up department to prepare him for the role. He also stated that the song ‘You Are a Pirate’ was his most favourite to perform on the show. ‘LazyTown’ lasted four seasons. The first two seasons aired from 2004 to 2007. ‘LazyTown Extra’ aired between September and October of 2008. The last two seasons were broadcast between 2013 and 2014.
Personal Life
Stefánsson married actress and writer Steinunn Olina Þorsteinsdóttir on December 29, 2002. They had three daughters and one son together. The family used to reside in San Francisco, California, the USA, as Þorsteinsdóttir is a US citizen. Stefánsson received a green card.
In September 2016, doctors diagnosed him with pancreatic cancer. It relapsed in May 2017 and Stefánsson subsequently underwent surgeries to remove two masses from his liver.
On June 21, 2017, his doctors told him that he had cholangiocarcinoma (bile-duct cancer). The cancer eventually reached stage four. However, his family refused to give up.
After his fans realised that he was too ill to work, a GoFundMe page was created to help him financially. The campaign raised $169,670 prior to its closing. The actor died on 21 August 2018.
You May Like 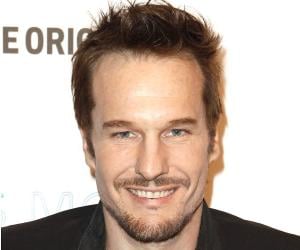 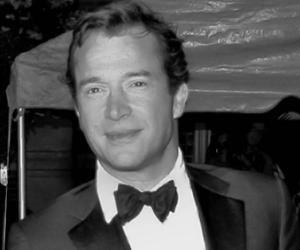 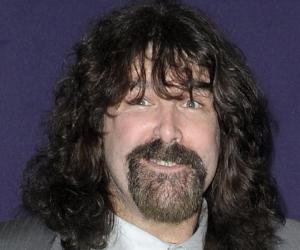