Advanced Search
Sierra Deaton is an American singer of British–Vietnamese descent, who is known as one half of the former indie pop duo 'Alex & Sierra.' She formed the duo with her former boyfriend, Alex Kinsey. The two made their TV reality show debut with the third and final season of 'The X Factor US' in 2013 and ended up winning the show. With that, 'Alex & Sierra' became the first and only duo to win the show's American version. Soon, Sierra and Alex were signed by 'Columbia Records.' They released their debut album, 'It's About Us,' in 2014. However, 'Columbia Records' later dropped the duo. They went on to release their first EP as an independent group. Sierra and Alex ended their 8-year-long relationship in 2017, citing professional stress as one of the reasons. Following the split, the duo disbanded. Sierra is currently dating Luke Hemmings. Jordan Fisher
DID WE MISS SOMEONE?
CLICK HERE AND TELL US
WE'LL MAKE SURE
THEY'RE HERE A.S.A.P
Quick Facts 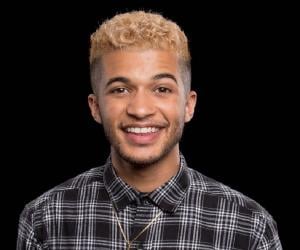 American People
University Of Central Florida
Women Singers
Female Dancers
Aquarius Singers
Rise to Fame
Sierra was a professional dancer much before she began her career as a singer. For 11 years, she had been a dance competitor and had even won three international Irish dancing titles. Alex, on the other hand, had been a musician since the beginning of his career. He discovered Sierra's singing talent after he started dating her. She would often attend Alex's performances and at times, Alex would drag her on the stage to perform. Though Sierra was initially reluctant to perform with Alex, her hesitation eventually vanished as they started to practice together.
Sierra and Alex sang a sultry version of Britney Spears's 'Toxic' for 'The X Factor' audition in New Orleans, Louisiana, and reached the next round. They bagged a place in the top 40. Music critic Simon Cowell mentored the duo on the show. Alex and Sierra moved to the top 12 and delivered their first live performance on the show, which was a stripped-down version of the Robin Thicke's 'Blurred Lines.' Sierra and Alex were the only duo of the time to win the American version of 'The X Factor' and the fourth in the worldwide franchise. In a post-show interview, Simon Cowell revealed that Sierra and Alex had consistently received the highest number of votes throughout the competition.
Following 'The X Factor' win, Alex & Sierra announced their debut album and also claimed that they had collaborated with Julian Bunetta, Sam Watters, John Shanks, Toby Gad, Jason Mraz, and ‘Grammy’-winning singer/songwriter John Legend for the album. On May 3, 2014, the duo unveiled their debut single, 'Scarecrow.' It was released on 'iTunes' on June 23 the following month. On July 12, 2014, Sierra and Alex revealed the title and the cover of their debut album, 'It's About Us.' Three days later, the promotional single 'Little Do You Know' was released.
The second promotional single of 'It's About Us,' titled ‘Just Kids,’ premiered on August 4, 2014. They then released the third single, 'Bumper Cars.' The album's fourth promotional single, 'Here We Go,' peaked at the fourth spot on the 'iTunes' singles charts.
In July 2015, Alex and Sierra were terminated by their record label without any prior notice. The two got the news from a friend after 3 months. Following this, they performed as an independent duo. They announced their debut EP on March 6, 2016, through an 'Instagram' post. They mentioned that the EP would consist of the songs they had performed on 'The X Factor USA,' along with a few originals.
Sierra and Alex were featured in the song 'We Were Young' from Gareth Emery's album '100 Reasons to Live.' On August 3, 2016, they launched the music video of 'Toxic's cover, exclusively on 'Yahoo Music.' Their debut EP, 'As Seen on TV,' was officially released on September 30, 2016. Sierra and Alex have been part of two tours: 'The Good Guys & A Girl Tour' in 2015 and 'The Take Me Tour' in 2017.
Recommended Lists:

American Dancers
American Singers
American Women Singers
American Female Dancers
Continue Reading Below
Family & Personal Life
Sierra was born on February 11, 1991, in Philadelphia, Pennsylvania, to a British father, Dr. John Deaton, and a Vietnamese mother, Vu Deaton. She grew up in Orlando, Florida. Sierra has an older sister named Lara.
Sierra has been educated at 'Lake Howell High School' and 'The University of Central Florida.' She was just 2 when she started dancing and eventually learned ballet, tap, jazz, hip-hop, and contemporary. She also plays the piano.
Sierra met Alex first in 2009, on a beach in Florida. Their relationship lasted for more than 8 years. However, they broke up in 2017. The split was announced through a ''tweet.'' It was an official announcement, while their relationship was already over the previous year. In 2018, Sierra began her relationship with '5SOS' singer Luke Hemmings. The affair became public in August 2018, when an 'Instagram' photo of the two was posted. In April 2019, the couple attempted the 'Coachella' festival in Indio, California.
Recommended Lists: 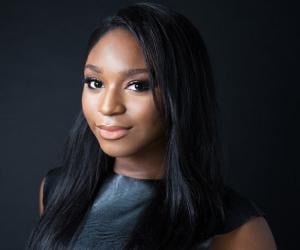 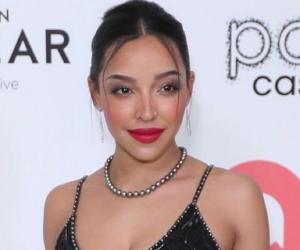 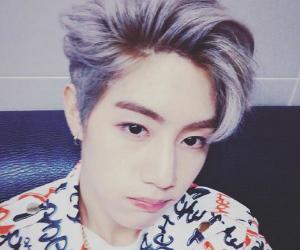