Shia LaBeouf is an American actor, best-known for playing Louis Stevens in the popular Disney Channel series Even Stevens for which he bagged in the Emmy Award. Popular among women, this good-looking and charming actor was cast in the lead role in the popular Transformers film series. He has also played important roles in arthouse films like Wall Street: Money Never Sleeps and The Company You Keep to name a few. His acting career took off when he became part of Disney Channel’s primetime show Even Stevens where he portrayed a popular character. Thereafter, he was barraged with offers and was seen in commercial hits like Disturbia and Indiana Jones and the Kingdom of the Crystal Skull. Apart from acting, Shia LaBeouf is also known for his directorial skills in Hollywood. He made his directorial debut with a short film titled Let’s Love Hate. He then went on to direct television movies, such as Maniac and Born Villain. Shia Saide LaBeouf was born on June 11, 1986, in Los Angeles, California, USA, to hippie parents, Shayna and Jeffrey Craig LaBeouf. He is of French-American descent and is part Jewish, for which he had a customary Bar Mitzvah. He was also baptized in the Angelus Church.

His parents split due to financial issues when he was young. Hence, he was raised with moderate means.

He studied at Alexander Hamilton High School and 32nd Street Visual and Performing Arts Magnet. His education expenses were largely borne by his tutors.

As he tried to cope with his parents’ divorce, he turned towards comedy to escape from his problems. Thus, he began performing in a number of comedy clubs. In 1998, he landed the role of Cal in the movie The Christmas Path. 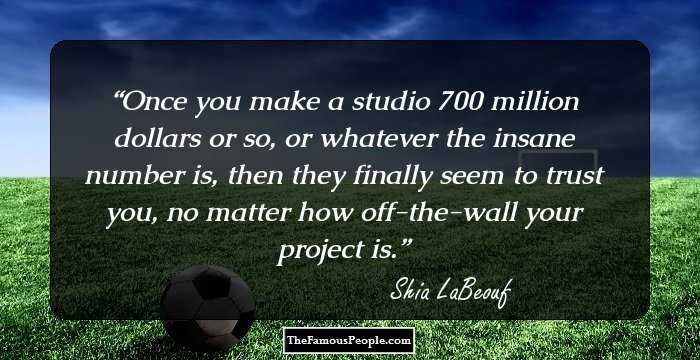 Throughout 1999, he was cast in a number of episodes of television series like Jesse, Suddenly Susan, Touched by an Angel, and The X-Files.

Shia LaBeouf received his big breakthrough when he landed the role of Louis Anthony Stevens in Even Stevens, a Disney Channel show. The role catapulted him to instant stardom in 2000. This was also his first major role as an actor.

He soon caught the attention of a number of producers and directors and landed roles in television series, such as The Nightmare Room. He also landed a role in the TV film Hounded in 2001.

In 2003, he finished working for Even Stevens. Having appeared in 66 episodes, his role in the series was his longest at the time. He was soon cast in films, such as The Battle of Shaker Heights, Charlie’s Angels: Full Throttle, Dumb and Dumberer: When Harry met Lloyd, and Holes.

In 2003, he was also seen in the TV film adaptation of the hit television series Evan Stevens. The TV film was titled The Even Stevens Movie.

In 2005, Shia LaBeouf was cast alongside Keanu Reeves in the occult detective film Constantine, where he played the role of Chas Kramer. The same year, he also starred in films, such as The Greatest Game Ever Played and Nausicaa of the Valley of the Wind.

From 2006 to 2008, he was cast in movies, such as Bobby, A Guide to Recognizing Your Saints, Disturbia, Surf’s Up, Transformers, and Indiana Jones and the Kingdom of the Crystal Skull. Meanwhile, in 2007, he appeared in an episode of Saturday Night Live.

In 2009, he appeared as Sam Witwicky in the sequel of Transformers, Transformers: Revenge of the Fallen. The franchise made him a superstar overnight. The same year, he also starred in the film New York, I Love You, where he appeared alongside actors like Chris Cooper, Ethan Hawke, Irrfan Khan, and Natalie Portman to name a few.

He was cast as Jacob Moore in the film Wall Street: Money Never Sleeps in 2010. The next year, he was seen in the third instalment of the Transformers franchise, Transformers: Dark of the Moon.

In 2011, he also directed two television shorts, namely Maniac and Born Villain. In the next two years, he appeared in movies like Lawless, The Company You Keep, and Charlie Countrymen.

Shia LaBeouf also appeared in Nymphomaniac (2013) and Fury (2014). In Fury, he co-starred with Brad Pitt and Logan Lerman.

Shia LaBeouf bounced back with the 2019 American drama film Honey Boy. The movie, which was written by Shia LeBeouf himself, was praised by the critics. The movie was based on his own life, with his character based on his father. It premiered at the Sundance Film Festival and released on November 2019. The same year, he was also seen in the comedy drama film The Peanut Butter Falcon. 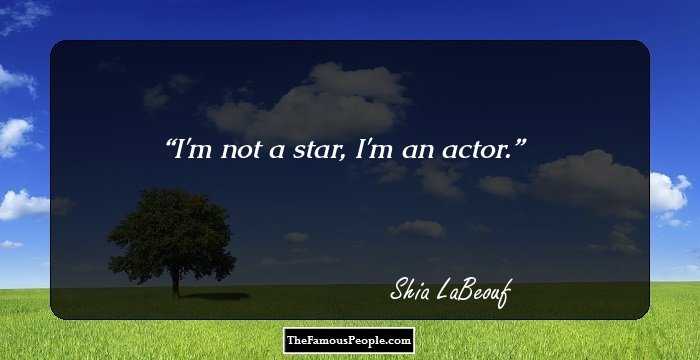 From 2000 to 2003, he was cast as Louis Stevens in the comedy series Even Stevens. This television series launched LaBeouf into the world of entertainment and gave wings to his career as a professional actor. The television series became extremely popular and went on to earn a number of awards, including Daytime Emmy Awards, BAFTA Awards, and Young Artist Awards. As he portrayed a recurring character in the series, he was even cast in the film adaptation titled The Even Stevens Movie.

LaBeouf was cast as Sam Witwicky in the Transformers franchise, for which he starred from 2007 to 2011. He was, however, replaced by Mark Wahlberg in the fourth instalment of the film. The first three films became sleeper-hits at the box office and went on to earn over $2 billion. His role as Sam is considered one of the highlights of his acting career.

He won an Emmy Award for Outstanding Performer in a Children’s Series for Even Stevens in 2003.

He was presented with Teen Choice Awards for Choice Movie Breakout Male for the films, Disturbia, A Guide to Recognizing Your Saints, and Transformers in 2007. 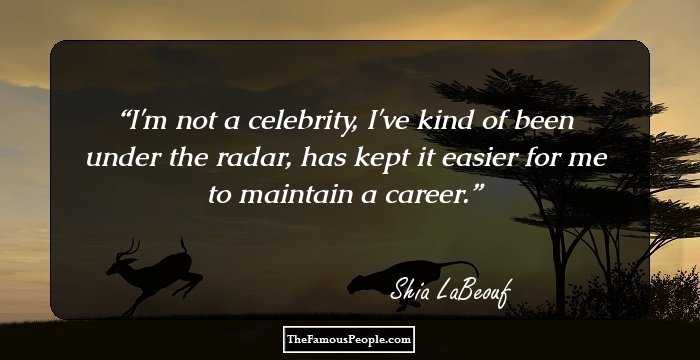 Shia LaBeouf has been in a number of relationships with his co-stars. The actors with whom he was in a relationship include China Brezner, Carey Mulligan, Isabel Lucas, and Megan Fox.

Shia LaBeouf met actress Mia Goth in 2012. In October 2016, they were part of a commitment ceremony which was officiated by an Elvis impersonator in Las Vegas. The same month, LaBeouf announced on The Ellen DeGeneres Show that he had married Mia Goth. In 2018, it was revealed that the couple had filed for divorce.

From 2018 to 2019, he was in a relationship with English musician FKA Twigs. In 2020, he started dating actress Margaret Qualley. After breaking up with Qualley in January 2021, Shia LaBeouf reconciled with Mia Goth. In February 2022, it was revealed that the couple was expecting their first child. In April 2022, she gave birth to their baby girl, Isabel.

In 2005, he was arrested in Los Angeles after an altercation with his neighbor, whom he threatened with a kitchen knife. He was also arrested two years later when he refused to leave a Chicago Walgreens after being asked to leave by a security guard.

An arrest warrant was issued against him when he failed to make a court appearance. The charge was dismissed later and he ended up paying a $500 fine.

In 2008, he was involved in a car crash after driving under the influence of alcohol. His driver’s license was suspended for a year. Following the accident, he had to go through a number of surgeries on his hand.

In 2011, he was once again involved in an altercation with a commoner at a bar in Los Angeles, for which he was questioned by the Los Angeles Police Department.

He loves getting inked and has a couple of tattoos on his body.

Apart from acting, this Transformers star also loves playing the drums and enjoys making films with his friends.

Quotes By Shia LaBeouf | Quote Of The Day | Top 100 Quotes

See the events in life of Shia LaBeouf in Chronological Order