Shayanna Jenkins-Hernandez is an American woman who was engaged to late New England Patriots tight end Aaron Hernandez. She stood by Hernandez even after he was charged with the murder of Odin Lloyd, during the trial and the subsequent guilty verdict. A Connecticut native, she grew up alongside Aaron Hernandez in the tough streets of Bristol. They began getting serious in middle school and an off-and-on relationship persisted throughout the next few years as Aaron Hernandez gradually rose as a football star. Shayanna was attending college when Aaron joined the Patriots. They moved in together and in November 2012, their daughter was born. Over the course of their relationship, there were several allegations of infidelity against Aaron. There were also numerous legal issues troubling the volatile sports icon. After Lloyd’s murder, Shayanna fully supported her then fiancé, even though it meant going against her sister who was in a relationship with Lloyd at the time of his death. Aaron Hernandez committed suicide in April 2017. Since then, Shayanna has made television appearances to tell her side of the story. Aine Coutinho
DID WE MISS SOMEONE?
CLICK HERE AND TELL US
WE'LL MAKE SURE
THEY'RE HERE A.S.A.P
Quick Facts

Aine Coutinho
Childhood & Early Life
Shayanna was born on May 29, 1989, in Bristol, Connecticut to Jodi and Derrick Jenkins. She has a sister, Shaneah Jenkins, and a half-sister, Ontavia Samuel.
She had known Aaron Hernandez since their elementary school days. For years, their families had resided around the corner from each other. Hernandez’s father was a respected member of the community and worked as a custodian, while Shayanna’s mother, in the absence of their father, raised her and her sister on her own.
Continue Reading Below
You May Like

Famous Beautiful Women With Green Eyes
Relationship with Hernandez
Shayanna Jenkins was an exemplary student and a star sportsperson in her own right, having won several accolades as a track and field athlete. Their relationship took a serious turn during middle school. They began dating in 2007 and the subsequent relationship went through its fair share of ups and downs as Hernandez became a national sensation. There were issues with other women. As she herself stated during the trial, “He was a star... There were a lot of girls trying to get his attention.”
During the time she was studying at a community college in her home state Connecticut, Hernandez was picked by the University of Florida’s prestigious football program. Following the end of his junior year, he decided to forego his senior year and make himself available for the NFL draft.
It turned out to be a smart decision. In 2010, he was drafted by the Patriots in the fourth round of drafting. While his initial contract with the team was for decidedly less amount of money than many of his colleagues, it changed in 2012 when he signed a contract extension worth $40 million.
Despite the distance, Shayanna and Hernandez maintained regular contact and when he finally moved back to play for the Patriots, she moved in with him. They would purchase a $1.5 million house in Boston suburb. She became pregnant sometime in early-2012. By November, they were engaged. Their daughter, Avielle Janelle Hernandez, was born on November 6, 2012.
The Murder of Odin Lloyd
Odin Llyod was a linebacker who played for the Boston Bandits, a semi-professional football team also based in New England. He met Hernandez through Shaneah with who he was in a relationship. On June 16, 2013, a night before the murder, Hernandez messaged two of his friends who lived outside the state and requested them to come to him in Massachusetts.
On the early morning of 17 June, Lloyd texted his sister from Hernandez’s car. According to the prosecutors, they were in each other’s proximity at least ten hours before the murder.
Lloyd was shot five times in the chest and back at roughly 3:30 am in an industrial park situated only a mile away from Hernandez’s residence. He soon succumbed to his injuries.
Arrested on 26 June at his home, Hernandez faced charges of, among other things, first degree murder. His out-of-state friends, Carlos Ortiz and Ernest Wallace, were also taken into custody a day later. Shayanna herself and Hernandez’s cousin, Tanya Cummings Singleton, were charged as accessories to murder as the investigators suspected that they helped Hernandez in killing Lloyd. On 22 August, a grand jury indicted Hernandez for the murder and in September, Shayanna was indicted on a count of perjury.
She gave Hernandez support with her constant presence in the court. As a result, her relationship with Shaneah became strained. She once asked Hernandez directly if he had killed Lloyd. His answer was no.
During the trial, Hernandez was also indicted for the murders of Safiro Teixeira Furtado and Daniel Jorge Correia de Abreu, but he was eventually acquitted of those charges by a jury in April 2017. Shayanna appeared on the court with their daughter that day. Hernandez blew kisses to Avielle and mouthed “I love you” to his fiancée.
In January 2015, she reportedly sought immunity from prosecution in exchange for testifying against Hernandez, which she was granted in February. On April 15, 2015, Hernandez was convicted of first-degree murder of Odin Lloyd and other charges and was later sentenced to life imprisonment. After the conviction, Shayanna took his last name even though they were not married.
Aaron Hernandez allegedly hanged himself in April 2017. His body was found in his cell on April 19, 2017, at around 3:05 am. When Shayanna was told of what had transpired, she initially did not believe it and contacted their lawyer.
Recent Events
In the ensuing years, she has appeared on Dr Phil’s show to tell her story and is currently fighting a legal battle to ensure that Avielle gets some money that was promised to Hernandez by the NFL and the New England Patriots.
You May Like 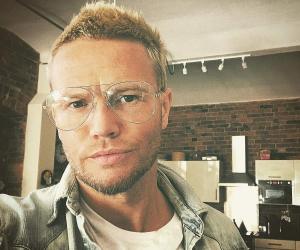 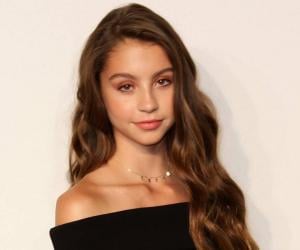