Shawn Mathis Wayans is an American actor, as well as a producer and a writer, best known for his appearances in the popular sketch comedy TV series ‘In Living Color’, and the ‘Scary Movie’ film franchise. Born in New York City to a family of reputed actors, screenwriters, and directors, Wayans is the second youngest of the ten siblings in the family. Shortly after he completed his graduation, Wayans, along with some of his siblings, joined the show ‘The Living Color’ which was directed by his brother Keneen Ivory Wayans. A few years later, he co-created the show ‘The Wayans Bros’, which he also starred in. The show, which featured stars, such as John Witherspoon and Anna-Maria Horsford, was an average success. Along with his family members, Wayans has worked in and created several successful films over the past years. More impressive is the fact that despite working together for so long, the family gets along quite well. Wayans attributes this unity to putting their family first, and work next. American People
American Men
New Yorkers Actors
Tall Celebrities
Tall Male Celebrities
Childhood & Early Life
Shawn Mathis Wayans was born on 19 January 1971, in New York, in the United States. His father, Howell Stouten Wayans, was a supermarket manager. His mother, Elvira Alethia, was a homemaker as well as social worker.
The ninth of ten siblings, Shawn grew up in the Fulton Houses, located in the Manhattan neighborhood of Chelsea. His siblings include Keenen Ivory, Damon Sr., Marlon Wayans, Kim Wayans, Elvira Wayans, and Nadia Wayans. He completed his graduation from Bayard Rustin High School for Humanities in the year 1989.
Continue Reading Below
You May Like

The Hottest Male Celebrities With The Best Abs
Career
After completing his high school graduation, Shawn Wayans, along with some of his siblings, joined the cast of the popular American sketch-comedy show, ‘In Living Color’. Directed by his brother Keenen Ivory Wayans, the show established young Shawn as a talented comedian with the capability of working in Hollywood. He stayed in the show till the year 1993.
In 1995, along with his brother Marlon Wayans, Shawn started his own comedy TV series ‘The Wayans Bros’. The show, which was mostly autobiographical, earned him much appreciation and popularity. The show aired for four years on the WB TV network. The main cast included Wayans and his brother Marlon, along with popular stars such as John Witherspoon, Anna Maria Horsford, and Lela Rochon.
In 1996, Shawn Wayans made an appearance in the comedy film ‘Don’t be a Menace’. Directed by Paris Barclay, the film was written by Wayans himself, along with his brother Marlon. The film, which released on January 12 was a commercial success, and made more than $8 million, in its opening weekend itself. However, reviews were mostly negative.
In the year 2000, he co-wrote and starred in the horror comedy film ‘Scary Movie’. The movie, which was directed by his brother Keenen Ivory Wayans, was inspired by films such as ‘I Know What You Did Last Summer’ and ‘Scream’. The film, despite receiving mixed reviews, was a huge commercial success, grossing $278 worldwide. Due to the immense popularity it received, the film was followed by four sequels.
The first sequel ‘Scary Movie 2’ was released the following year in 2001. It was directed by Ivory Keenen Wayans and Shawn continued his part as a co-writer, as well as reprised his earlier acting role. The film was a commercial success. However, it didn’t do as well as the prequel. It received mostly negative reviews.
In 2004, he appeared in the comedy film ‘White Chicks’, which was directed by his brother Keneen Ivory Wayans. Along with being a co-writer on the film, Wayans also appeared in the lead role, playing an FBI agent, in pursuit of drug sellers. The film was a commercial success and received mostly mixed reviews.
Over the following years, he appeared in the films ‘Little Man’, a 2006 comedy directed by his brother Keenen Ivory Williams, and ‘Dance Flick’, a 2009 musical comedy directed by another brother of his, Damien Dante Wayans. His latest role is in the animated comedy television series ‘Animals’, where he provides the voice of a character named Tommy.
Major Works
The American TV series ‘The Wayans Bros’ is among the most significant works of Shawn Wayans’ career. The show, which was created by Shawn and his brother Marlon, aired on the WB Television Network from 11 January 1995 to 20 May 1999. Along with the two Wayans brothers, the cast also included John Witherspoon, Anna Maria Horsford, Lela Rochon, Paula Jai Parker, and Jill Tasker. The show covered five seasons, with thirteen episodes in the first one, and twenty-two episodes in the rest.
’Scary Movie’, an American horror comedy movie, released in the year 2000, was the first significant movie in Wayans’ career. Directed by his brother Keneen Ivory Wayans, the film starred several well-known actors such as John Abrahams, Carmen Electra, Sharmon Elizabeth, Anna Faris, Kurt Fuller, and Rezina Hall. The story revolves around several characters and how their encounters with ‘Ghostface’ impact their lives negatively. The film was a huge commercial success, grossing $278 million worldwide. It received mostly mixed reviews from critics.
Wayans co-produced, co-wrote, and starred in the 2004 American comedy ‘White Chicks’. Directed by his brother, Keenan Ivory Wayans, the movie was released on 23 June 2004. With Shawn and his brother Marlon playing the lead roles of two FBI agents, the film also included actors Jaime King, Frankie Faison, Lochlyn Munro, John Heard, and Busy Phillips. The film was a commercial success, making $113 million, on a budget of $37 million. It received mixed reviews.
Awards & Achievements
Shawn Wayans has won several awards and nominations throughout his career. He won the ‘BET comedy award’ for Outstanding Writing for a Box Office Movie for the movie ‘White Chicks’ in 2004. This award was shared with Keenen Ivory Wayans, Marlon Wayans, Andrew McElfresh, Michael Anthony Snowden, and Xavier Cook.
Personal Life & Legacy
Shawn Wayans is married to Ursula Wayans. The couple has three children.
The most impressive thing about the Wayans’ family, which includes several successful actors, directors, and screenwriters, is that despite their success, all of them get along quite well and have been working together for a very long time.

1. Don't Be a Menace to South Central While Drinking Your Juice in the Hood (1996)

See the events in life of Shawn Wayans in Chronological Order 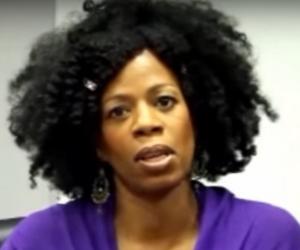