Shanna Atwood is the former wife of American "YouTuber," comedian, and vlogger Roman Atwood. They met for the first time during high school. They got married after graduation. They led a happy and peaceful life for about five years. Shanna gave birth to their son, Noah, in 2004. Their relationship soured when, in 2007, Roman found out about Shanna’s affair with one of his producers. Roman soon filed for divorce, which was finalized in 2010. Following the divorce, the couple continued to have bitter fights. Soon, Shanna filed a case against Roman, accusing him of having exploited Noah to earn money. However, Shanna lost both the legal battle and Noah’s custody. 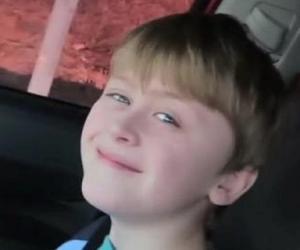 American People
Pisces Women
Personal Life & Relationship with Roman
Shanna was born Shanna Riley Janette, on February 21, 1983, in Utah. Shanna was in her teens when she first met Roman. Soon after their first meeting, they fell in love with each other. Back then, Shanna had no clue about Roman’s future career. Roman himself was not sure of his 'YouTube' career. He was then just a regular high-school student. Eventually, their romance bloomed.
After a few months of graduation, Shanna Roman decided to get married. They tied the knot on November 17, 2001, in Licking County, Ohio. They were both 18 years old then. Three years later, on October 18, 2004, the couple welcomed their son, Noah Vaughn Atwood. Soon after Noah’s birth, Shanna and Roman moved to Ohio. Till then, everything was fine between Shanna and Roman.
In 2006, Roman began his independent career by producing a series of DVDs titled 'The Nerd Herd.' The following year, during one of Roman’s shoots, one of his producers got drunk and defecated on his driveway. In 2008, Shanna cheated on Roman with the same producer. When Roman discovered the illicit relationship, he filed for divorce.
Shanna and Roman were separated since 2008. Their divorce was finalized in 2010. Following the divorce, Noah lived with Shanna on weekdays, while his weekends were spent with Roman.
Roman and Shanna continue to fight every now and then, even after their divorce. Roman has also posted statements against Shanna several times. In March 2015, one of Roman’s posts on his 'Twitter' account stated “My ex wife is a Bitch!” He also uploaded a video titled ‘My wife cheated on me.’ However, the video was later deleted.
In 2015, Shanna filed a case against Roman. She complained that Roman had forced Noah to appear on his 'YouTube' channels. She also accused him of exploiting Noah to make money. Shanna also got a temporary restraining order against Roman. Roman started an online movement named ‘#FreeMyNinjaNoah’ to ask for public support.
Finally, on October 10, 2015, Roman was granted Noah’s custody, while Shanna was allowed to spend time with Noah only during the Christmas time. Roman was also granted the permission to include Noah in his vlogs again. The court’s decision was a setback for Shanna. Noah’s return to vlogs turned out to be a success, as Roman has showcased some of Noah’s best moments in these vlogs.
Following his divorce, Roman dated Brittney Smith. Roman and Brittney had a son, Kane Alexander, on October 23, 2011, and a daughter, Cora, on July 16, 2017.
You May Like

Who Is The Greatest Female Warrior In History?
You May Like