Shahar Tzuberi is an Israeli sailor who is best known for his stellar performance in the ‘2008 Olympic Games’ held in Beijing. Because of his success at these games, he was seen as a national hero in Israel and looked upon as their greatest hope for a medal in the Olympics. Born and raised in a resort town located on the Red Sea, Tzuberi couldn't help but love all things about the sea. He was not the only Olympic participant in the family; his uncle, Gad Tsobari, competed as a wrestler in the 1972 games. He started competing as young boy in local competitions and then began to train professionally. As a young man, he also served in the Israeli navy as a quartermaster and was given special permission to compete internationally. He came on the windsurfing scene early in 2000 and continued to compete internationally through 2013. During these years, he competed at various levels from youth competitions to World Championships. He is known for being peaceful and calm in competition and is quoted as saying that the sea makes him feel calm. With his cool demeanor and confidence, he has been winning at surfing competitions since he was a boy. To know more about the life and achievements of this famous windsurfer read on. 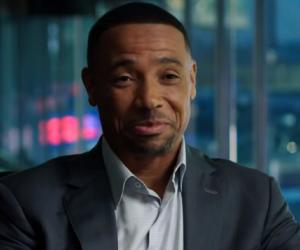 Andrew Luck
Sportspersons #22531
Continue Reading Below
1st September In History
DID WE MISS SOMEONE?
CLICK HERE AND TELL US
WE'LL MAKE SURE
THEY'RE HERE A.S.A.P
Quick Facts

Israeli People
Israeli Sportspersons
Virgo Men
Childhood & Early Life
Shahar was born on September 1, 1986 in the coastal town of Eliat. Located on the Red Sea, this provided the perfect place to learn windsurfing.
He was taught to surf by his father at the age of 6. During his younger years, he won several local surfing competitions and began to train professionally.
Continue Reading Below
You May Like

Who Is The Most Popular BTS Member?
Career
Shahar entered his first international competition in 2000. He received the silver medal at the ‘Windsurfing World Championship’ for boys. After this competition, he set his sights on the Olympics and began mastering the ‘Mistral Windsurfer’ which was used in the Olympics at this time.
Due to his training, he began to compete on larger stages. In 2002, he won the ‘Under-17 World Championships’.
In 2004, he competed at the ‘Youth World Championships’ in Bulgaria and won the silver medal. At this time, the Olympic sport changed surfboards to the Neil Pryse RS:X, which gave younger surfers a competitive edge as older surfers struggled to adapt.
In 2005, he joined the Israel Defense Forces. He trained at the Zikim base and was stationed at Eliat, as a quartermaster for the navy. He was also granted ‘Athlete of Excellence’ status, allowing him to continue his representation in international competitions.
In 2006, he was the first Israeli to compete using the Neil Pryde RS:X board and finished 1st. He beat his closest competition, the two-time Israeli Olympic medalist, Gal Fridman.
In 2007, he competed in several international competitions on his way to clinch a spot on the Olympic team. He earned a silver medal in France, a 6th place finish at the ‘European Championships’ in Cyprus, and an 8th place finish in the ‘World Championships’ in Portugal.
He started out 2008 by winning a bronze medal at the ‘Windsurfing World Championships’ in Auckland, New Zealand and secured his spot on the ‘2008 Israeli Windsurfing Olympic team’.
Shahar competed in his first Olympic Games in the men's windsurfing RS:X event, in 2008. He came from behind to win the bronze medal in this event.
After winning the Olympic medal, he continued to compete and won the European championships in 2009 and 2010.
Continue Reading Below
In 2012, he competed in the Olympic Games in London. He finished 20th during these games and failed to bring home another medal for Israel.
He competed in the ‘ISAF Sailing World Cup’ in China. He came in first for this competition, in 2013.
Awards & Achievements
In 2008, he earned the bronze medal in the ‘Men's RS:X Windsurfing’ event at the ‘Beijing Olympics’. He was the only Israeli to win a medal at the Beijing games.
In 2009, he began his winning streak coming in first, in back to back European championships, in windsurfing.
In 2013, he competed in the ‘ISAF Sailing World Cup’ and took first place.
Personal Life & Legacy
Shahar became a national hero for Israel when he won the bronze medal in ‘Men's Windsurfing’ in the 2008 Olympic Games.
In an interview with Yediot Ahronot after the 2008 games, Shahar caused quite a controversy with his remarks about his Chinese hosts as he criticized their traditions, their food, and speech. Under pressure from government officials on both sides, he later apologized for his remarks.
Trivia
This famous windsurfer carried the Israeli flag in the opening ceremony at the ‘London Olympic Games’.
This famous athlete shaved the Israeli flag into his hair for the Olympic Games in 2012.
This famous Olympic medal winning surfer’s uncle, Gad Tsobari, competed in the 1972 Olympic Games in Munich as a wrestler. Gad narrowly escaped from Arab terrorists during the Munich Massacre.
You May Like

See the events in life of Shahar Tzuberi in Chronological Order 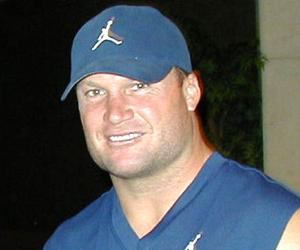