Sanna Viktoria Nielsen is a Swedish singer and television presenter. She is best known as the winner of the 2014 ‘Melodifestivalen’ where she performed "Undo" and eventually represented her nation in the Eurovision Song Contest 2014, finishing in the 3rd place overall. As a television presenter, she has presented the sing-along show ‘Allsång på Skansen’ in 2016. She was one of the commentators at Eurovision Song Contest 2015. Born and raised in Edenryd, Bromölla Municipality, Skåne, Sanna Nielsen started her career by participating in talent searches in 1992. After performing in several talent searches, she became the youngest singer to reach the #1 spot on Svensktoppen chart with her song "Till en fågel". Her debut album "Silvertoner" came out in 1996 and was followed by a number of other albums, including 'Min önskejul', 'Nära mej, nära dej', 'Min jul' and 'I'm In Love'. To date, Nielsen has released eight studio albums, two joint albums and two compilation albums. She also continues to work as a commentator/presenter on television. Currently, the singer resides in the south of Stockholm with her partner. Blake Richardson
DID WE MISS SOMEONE?
CLICK HERE AND TELL US
WE'LL MAKE SURE
THEY'RE HERE A.S.A.P
Quick Facts

Sagittarius Singers
Swedish Pop Singers
Female TV Presenters
Swedish Female Singers
Continue Reading Below
Career
Sanna Viktoria Nielsen participated in her first ever talent search in 1992 in Olofström. Two years later, she won a talent search in Kallinge. In 1996, she released her track "Till en fågel" and became the youngest singer to peak at #1 at the Svensktoppen chart.
In the mid-1990s, she also released her debut studio album titled "Silvertoner". Released under Maypole label, the album featured the hit single "Till en fågel". This was followed by the album ‘Min önskejul’ and the song "Time to Say Goodbye", which were released in 1997 and 1999, respectively.
In December 2001, Nielsen embarked on a Christmas tour with the artistes Sten Nilsson, Christer Sjögren and Charlotte Perrelli.
In 2006, she launched her second solo music album called ‘Nära mej, nära dej’ which charted at #12 on the Swedish national record chart Sverigetopplistan. A year later, she performed in the tour ‘Sommar, Sommar, Sommar.’
In April 2008, the singer came up with her debut English album ‘Stronger’. Released under Lionheart label, the album spawned the hit song “Empty Room” which earned the 2nd place at the Melodifestivalen 2008.
The album ‘Stronger’ also featured other singles including "Magic" and "This Is My Thanks", the latter of which was written by Nielsen. The album debuted at #1 on the Swedish album chart and eventually earned the gold certification by GLF.
In 2008, the singer also released her first joint album ‘Our Christmas’ along with Shirley Clamp and Sonya Aldén. The album featured a number of songs, such as "All I Want for Christmas is You”, "My Grown Up Christmas List", "Have Yourself a Merry Little Christmas" and "This Christmas”, to name a few. It was a commercial success debuting at #1 and was later certified platinum in Sweden.
Following the success of her joint album, Nielsen, alongside Shirley and Sonja, launched a second joint Christmas album titled ‘Vår jul.’ Released in November 2010, the album spawned the songs ""Gläns över sjö och strand", ""Pie Jesu"" and "Tänd ett ljus".
Nielsen next released ‘I'm In Love’ in 2011. Two years later, she released her seventh album titled ‘Min jul’ with Christmas songs.
On 29 September 2014, she was selected as the co-host for Melodifestivalen 2015 alongside comedian Robin Paulsson. In 2015, she also served as a commentator of the Eurovision Song Contest 2015 that was broadcast on SVT.
In the summer of 2016, Nielsen was the presenter of the all-sing annual show ‘Allsång på Skansen’ in Stockholm. In May 2018, she became a commentator for the national public Swedish broadcaster Sveriges Television aka SVT.
Recommended Lists:

Sagittarius Pop Singers
Women Media Personalities
Swedish Media Personalities
Swedish Female Media Personalities
Major Works
Sanna Viktoria Nielsen has competed seven times in ‘Melodifestivalen.’ She first participated in 2001 and finished third. She competed in the contest again in 2003, 2005, 2007, 2008 and 2011. She returned once again in 2014 with the song "Undo" and won the finale.
After winning the ‘Melodifestivalen,’ Nielsen represented Sweden in the Eurovision Song Contest 2014 that was held in Copenhagen, Denmark. She finished third with 218 points.
Recommended Lists:

Sagittarius Women
Family & Personal Life
Sanna Viktoria Nielsen got engaged in 2006. She lived with her fiancé for some time before splitting up with him in 2008.
Currently, the singer is in a live-in relationship with Joakim Ramsell. The two reside in Årsta south of Stockholm. 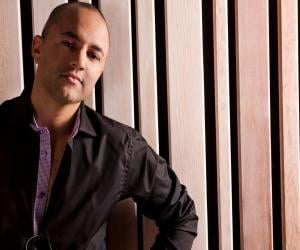 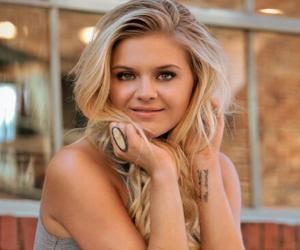