DID WE MISS SOMEONE?
CLICK HERE AND TELL US
WE'LL MAKE SURE
THEY'RE HERE A.S.A.P
Popularity Index
00
Film & Theater Personalities #4841
Actors #1959
Quick Facts

Samm Levine is an American actor, producer, and comedian who gained recognition for his appearances as Neal Schweiber in the NBC series Freaks and Geeks and as PFC Hirschberg in Quentin Tarantino’s Inglourious Basterds. Between 2009 and 2018, he was associated with the YouTube talk-show Kevin Pollak's Chat Show as a regular guest and replacement host. In the course of his over-two-decade-long career in the entertainment industry, he has guest-starred in a number of films and TV projects. At present, he serves as the manager of The Usual Suspects, one of the competing factions of the Movie Trivia Schmoedown. Born on March 12, 1982, in a Jewish household in Park Ridge, Illinois, USA, Samm Levine grew up in Fort Lee, New Jersey. His father, Harris Levine, is a dentist and has a practice in Fort Lee, while his mother is a mortgage broker.

For Samm Levine, making people laugh has always been a source of great pleasure. He was 12 years old when he started doing stand-up comedy routines at bar mitzvahs. Actress Lisa Kudrow saw him at one such event and was impressed by his act. Heeding her advice, he began appearing in auditions in Manhattan. He also put a second “m” at the end of his first name, after realising that a Sam Levine already existed in the Screen Actors Guild register.

He made his screen debut in 1997, at the age of 15, in an episode of the NBC (ABC)3 soap opera One Life to Live’. Two years later, he landed the role of Neal Schweiber in Freaks and Geeks. Although the show only lasted for one season (1999-2000), it produced some of the biggest stars of the next generation, including James Franco and Seth Rogen.

In 2000, he appeared in two episodes as two different characters in the first season of the NBC comedy-drama series Ed.

Samm Levine virtually spent his early youth in front of the camera, guest-starring in TV series like Undeclared, Raising Dad, The Drew Carey Show, Regular Joe, and Entourage. He also had both minor and major roles in several TV movies, including Homeward Bound (2002) and The Mayor (2003).

His cinematic debut came in 2001 in the spoof comedy Not Another Teen Movie. However, his first feature film was Wet Hot American Summer, which had released earlier that year. In that film, he did not portray any role but provided the voice for the character Arty.

After playing minor roles in films like National Lampoon's Barely Legal (2003) and Sydney White (2007), Levine joined the star-studded cast of Inglourious Basterds in 2008. His character, PFC Gerold Hirschberg, is a Jewish-American soldier and a member of the Basterds, a small group of US soldiers operating behind the enemy lines in Nazi-occupied Europe. Initially, his character was one of the central figures of the basterds and had more scenes, but almost all of them were left out during the editing process. Hirschberg’s sudden and unexplained disappearance from the film has since become a popular topic of conversation among moviegoers.

In 2010, in the episode Everybody Loves Hugo of the sixth and final season of ABC’s Lost, he portrayed a clerk, a character that had been written by Lost co-creator Damon Lindelof with Samm Levine in mind.

He first appeared on Kevin Pollak's Chat Show in the pilot episode itself, which was posted on YouTube in March 2009. In the ensuing years, he became one of the constant fixtures on the show, serving as Pollak’s sidekick and sometimes replacement host.

In 2016, Samm Levine started competing on Collider's Movie Trivia Schmoedown and went on to win the singles championship in December 2017 and team championship in May 2018. After taking a break from the YouTube program that lasted a few months, he reappeared on the Schmoedown in 2019. He has since been made the manager of The Usual Suspects.

Samm Levine also hosts the Leonard Maltin Game on the Doug Loves Movies podcasts whenever there is no live audience present in the studio, allowing host Doug Benson to participate as a contestant.

As a producer, his credits include feature film Promoted (2015) and short film Safety School (2016).

Samm Levine has been in a relationship with editor and Movie Trivia Schmoedown co-competitor Rachel Cushing for a long time. In March 2020, Cushing took to Twitter to announce that Levine had proposed to her on her 40th birthday, and she had accepted.

When he was 18 years old, Samm Levine joined the New York Friar’s Club, which effectively made him the youngest member to be initiated in the history of the institution.

See the events in life of Samm Levine in Chronological Order 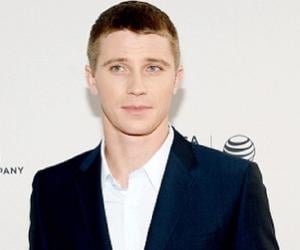