Lisa Kudrow is an American actor, best known for her role in the television sitcom ‘Friends.’ Her portrayal of ‘Phoebe Buffay’ in ‘Friends’ not only won her many awards, but also made her a household name in the United States. Apart from being an actor, she is also a writer and producer. Born to a physician father, she did not intend to become an actor early in her life. A student with good academic score at school, Kudrow aspired to follow in her father’s footsteps. She studied biology in college and worked with her father for a few years. She seemed destined for a career in research, but life had other plans for her. Paying heed to the advice of an acquaintance, she ventured into acting while working as a medical researcher under her father. Eventually, she realized that acting was her true calling and decided to become a full-time actor. Smart, talented, and passionate, she landed several television roles which increased her popularity. She started hogging the limelight following the success of ‘Friends,’ and it was not long before she started appearing in movies as well. Lisa Valerie Kudrow was born on July 30, 1963, in Los Angeles, California, U.S. Her mother, Nedra, worked as a travel agent, while her father Dr. Lee N. Kudrow was a physician who specialized in treating headaches. She has a brother and a sister.

She was raised in a middle-class Jewish family, and received her primary education from ‘Portola Middle School’ in Tarzana, California. She then went to ‘Taft High School’ in Woodland Hills, Los Angeles. She was good at academics and also had interest in sports.

Lisa Kudrow was inspired by her father and wanted to follow in his footsteps. She earned her Bachelor of Science degree in biology from ‘Vassar College’ with an intention of researching the cause behind headaches, just like her father. 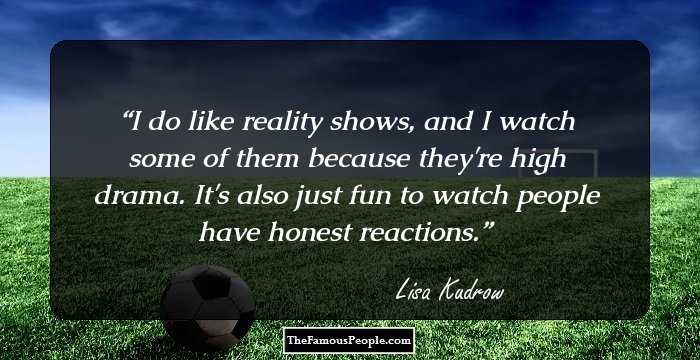 Famous Beautiful Women With Green Eyes
Career
After completing her education, Lisa Kudrow joined her father in his work. She started working with him in his study of analyzing the likelihood of left-handed individuals developing cluster headache.
Her brother's childhood friend, comedian Jon Lovitz, sensed that she had a penchant for comedy and acting, and encouraged her to perform. She began attending improv classes while continuing to work with her father. Eventually, she joined the famous Los Angeles improv comedy group, ‘The Groundlings.’ During this time, she became friends with Conan O'Brien.
Soon, she got an opportunity to perform with other improv groups as well, and started auditioning for television roles. She appeared as ‘Kathy Fleisher’ in three episodes of season one in the popular sitcom ‘Bob.’

Lisa Kudrow received her big breakthrough in 1994 when she was cast as ‘Phoebe’ in ‘Friends.’ She became very popular by playing this role and earned several awards and accolades for her performance.

Her role in ‘Friends’ made her a household name in the United States and it was not long before she started receiving offers to appear in films. Even though she had already played minor roles in some movies, she was now getting more substantial roles.
During the late-1990s, she acted in movies, such as ‘Romy and Michele's High School Reunion’ (1997), ‘Clockwatchers’ (1997), ‘The Opposite of Sex’ (1998), and ‘Analyze This’ (1999). Meanwhile, her popularity as a television star also continued to rise.
In 2002, she played the role of ‘Laura Sobel’ in the mafia comedy film ‘Analyze That,’ a sequel to the 1999 film ‘Analyze This.’ The film also starred Robert De Niro and Billy Crystal who played the roles of mobster ‘Paul Vitti’ and psychiatrist ‘Ben Sobel’ respectively.
In the 2007 drama film ‘P.S. I Love You,’ she was cast as ‘Denise,’ one of the friends of the protagonist, played by Hilary Swank. In 2009, she appeared in many movies, including ‘Hotel for Dogs,’ ‘Powder Blue,’ and ‘Paper Man.’
Lisa Kudrow launched ‘Web Therapy,’ an improvisational web series in 2008. She starred as ‘Fiona Wallice,’ a self-centered therapist who hopes to promote her new technique as a worldwide therapy option. She also served as the co-creator, writer, and executive producer of the series that ran till 2014.
Continue Reading Below
She was the executive producer of the American version of the UK television series ‘Who Do You Think You Are?’ where celebrities trace their familial roots. Her own heritage was also traced and it was revealed that her great-grandmother died in the Holocaust. Kudrow going in search of her roots in Eastern Europe was broadcast in 2010.
Some of her other movies are ‘Neighbors’ (2014) and ‘El Americano: The Movie’ (2016). Concurrently, she also did films like ‘Table 19’ (2017), ‘Neighbors 2: Sorority Rising’ (2016), and ‘The Girl on the Train’ (2016).
In 2017, she voiced ‘Mrs. Templeton’ in the animated comedy film ‘The Boss Baby.’ The following year, she voiced ‘Ozma’ in a short film titled ‘Lovesick Fool – Love in the Age of Like.’

In 2020, Lisa Kudrow appeared in the 12th episode of The Good Place (season 4). She also starred in the Netflix series Space Force, as Maggie Naird. 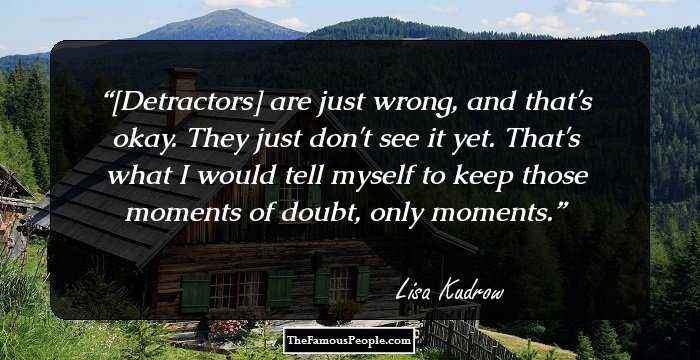 Major Works
Lisa Kudrow is best known for her portrayal of ‘Phoebe Buffay’ in the sitcom series ‘Friends.’ She played a weird, goofy, eccentric, and promiscuous lady in the series. Kudrow was appreciated for her role and won an ‘Emmy Award’ and two ‘Screen Actors Guild Awards’ for the same.
Awards & Achievements
In 1998, she won the ‘Primetime Emmy Award’ for ‘Outstanding Supporting Actress in a Comedy Series’ for her role in ‘Friends.’ The same year, she received the ‘New York Film Critics Circle’ award for ‘Best Supporting Actress’ for the film ‘The Opposite of Sex.’
She won the ‘Gracie Award’ for ‘Outstanding Female Lead in a Comedy Series’ for ‘The Comeback’ in 2006.
In 2011, she was presented with the ‘Webby Award’ for ‘Best Individual Performance’ for the improvised online series ‘Web Therapy.’ 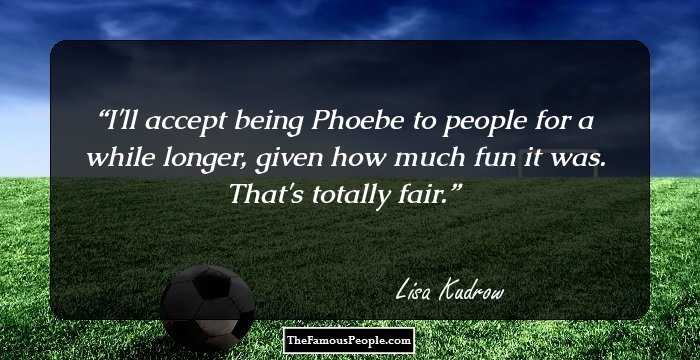 Personal Life & Legacy
Lisa Kudrow married Michel Stern, a French advertising executive, on May 27, 1995. On May 7, 1998, the couple was blessed with a son whom they named Julian Murray Stern.
Trivia
Lisa Kudrow also essayed the character of ‘Ursula Buffay,’ the selfish twin sister of ‘Phoebe Buffay’ in some of the episodes of ‘Friends.’

Quotes By Lisa Kudrow | Quote Of The Day | Top 100 Quotes

See the events in life of Lisa Kudrow in Chronological Order