Advanced Search
Sam Rockwell is an American film actor known for his work in films, such as 'Confessions of a Dangerous Mind', 'Cowboys & Aliens' and 'Seven Psychopaths'. Born in Daly City, California, he developed an interest in acting at an early age and made his stage debut at the age of ten. At the age of twenty, he made his film debut, playing an important role in the film 'Clownhouse'. The film was about three mental patients who attack three young brothers, disguised as clowns.In the early 1990s, he appeared mostly in TV shows in guest roles. He came to popularity after he played a main role in the comedy drama film 'Box of Moonlight' and the lead role in 'Lawn Dogs'. The latter won him two Best Actor awards at two film festivals. More recently he has been seen in important roles in films, such as 'Seven Psychopaths' and 'The Way, Way Back'. In recognition of his brilliant performances, Sam Rockwell has been awarded at several film festivals such as the 'Montreal World Film Festival' and the 'Sundance Film Festival'. American People
American Men
California Actors
Scorpio Actors
American Actors
Childhood & Early Life
Sam Rockwell was born on 5th November 1968, in Daly City, California. His father Pete Rockwell and his mother Penny Hess were both actors. They divorced when Sam was quite young.
He made his stage debut at the early age of ten, in a play that also starred his mother.
Rockwell attended San Francisco School of the Arts for some time. However, he dropped out before his graduation. Later his parents enrolled him in ‘Urban Pioneers’, an Outward Bound-style education program where he thrived. 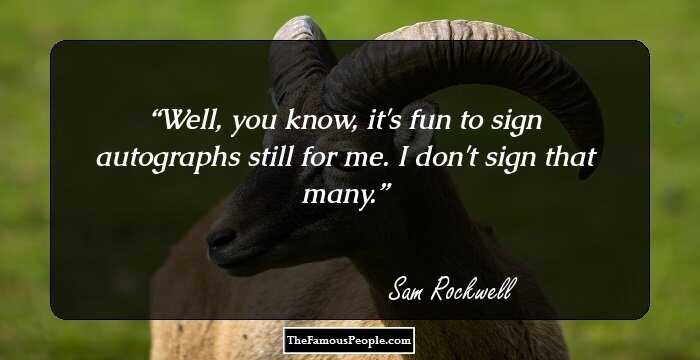 Continue Reading Below
Career
Sam Rockwell made his film debut with a role in the 1989 horror film 'Clownhouse'. He played the role of one of the three brothers who are attacked by a team of three madmen disguised as clowns. The film was directed by Victor Salva. Over the next few years, he appeared mostly in guest roles in TV shows such as 'Law & Order' and 'Lifestories: Families in Crisis'.
After playing minor roles in films such as 'Somebody to Love' (1994), 'Glory Daze' (1995) and 'Mercy' (1995), he gained recognition after playing a main role in the 1996 comedy drama 'Box of Moonlight'. It was directed by Tom DiCillo. He also gained appreciation for his role in the film 'Lawn Dogs', which was directed by John Duigan.
The other projects he appeared in during the late 1990s include 'Jerry and Tom' (1998), 'The Green Mile' (1999) and 'Galaxy Quest' (1999). He played the most significant lead role of his career in the 2002 film 'Confessions of a Dangerous Mind'. Directed by George Clooney, the film was about the popular game show host and producer Chuck Barris.
Rockwell's performance in the film was praised though the film didn't do very well commercially. The movie won him the Silver Bear for Best Actor at the Berlin International Film Festival in 2003.
His popularity increased with his roles in films such as 'Matchstick Men' (2003), 'The Assassination of Jesse James by the Coward Robert Ford' (2007), and 'Choke' (2008).
Sam Rockwell also earned appreciation for his performance in the 2009 science fiction film 'Moon.' Directed by Duncan Jones, the film received a lot of praise from critics. It was an average success commercially. It also earned a nomination for the BAFTA Award for Best British Film.
He played a main role in the 2010 legal drama film 'Conviction'. Directed by Tony Goldwyn, the film was based on the true story of a woman struggling to free her wrongfully convicted brother. The film was a commercial failure, though it earned mostly positive reviews. Rockwell's performance won him several awards and nominations. The same year, he also appeared in the film 'Iron Man 2'.
Rockwell's role in the 2012 film 'Seven Psychopaths' was also widely appreciated. Directed by Martin McDonagh, the film was a commercial success. Over the next few years, he appeared in films, such as 'The Way, Way Back' (2013), 'Mr. Right' (2015) and 'Don Verdean' (2015).
Since 2015, he has been playing a voice role in the animated web series ‘F is for Family.’
Continue Reading Below 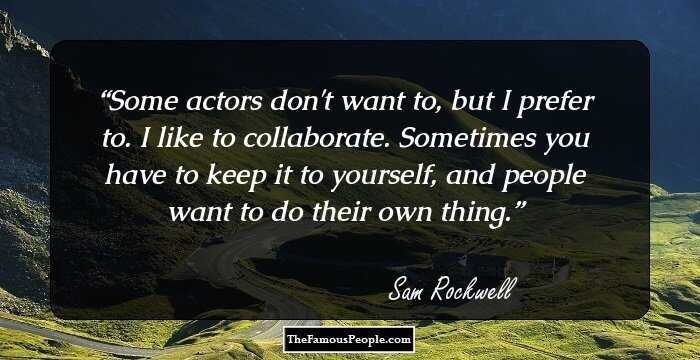 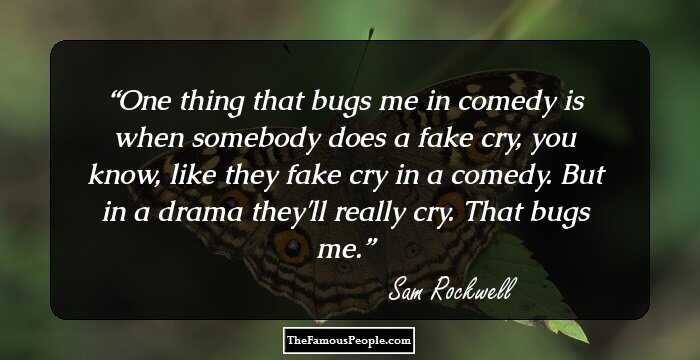 10. The Assassination of Jesse James by the Coward Robert Ford (2007)

Quotes By Sam Rockwell | Quote Of The Day | Top 100 Quotes

See the events in life of Sam Rockwell in Chronological Order 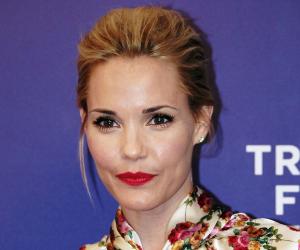