Samuel Prideaux Robards is an American actor best known for his role in the television serial ‘Gossip Girl’, where he appears as Captain Archibald, the strict father of Nate. He is the only son of the Hollywood couple Jason Robards, Jr and Lauren Bacall, who later divorced and moved their separate ways. He was not very good at academics and was expelled from collage, but he managed to attend the National Theatre Institute and study drama at HB Studios to groom himself to be an actor. He has made his name on stage, as well as acted in a number of movies and television serials. He has the distinction of appearing on screen alongside both his parents in separate movies. His early work was recognized by a nomination for a Young Artist Award, and later he was nominated for the Tony Award for Best Actor for his role in the Broadway play, ‘The Man Who Had All the Luck’. His first marriage to Suzy Amis ended in a divorce and he later married Danish model, Sidsel Jensen. He has a son from his previous marriage and two sons from his present wife. He is active on social media and has a net worth that is estimated at over 4 million dollars. 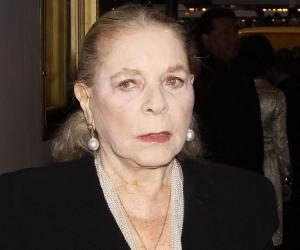 Ezra Miller
Actors #2852
Film & Theater Personalities #6263
Continue Reading Below
DID WE MISS SOMEONE?
CLICK HERE AND TELL US
WE'LL MAKE SURE
THEY'RE HERE A.S.A.P
Quick Facts

American People
New Yorkers Actors
American Actors
Sagittarius Actors
Actors Who Are In Their 60s
Childhood & Early Life
Sam Prideaux Robards was born on December 16, 1961 in New York City to Jason Robards, Jr and Lauren Bacall. He is the only child of his parents, who divorced because of his father’s heavy drinking. He was just eight years old then.
His father was a United States Navy World War II veteran who went on to become an award winning American stage and film actor. He also made several appearances on television. Lauren Bacall was the third of his four wives. His mother was also an actress and singer of great repute from the golden age of Hollywood. She was previously married to the famous actor Humphrey Bogart who was 25 years her senior.
Sam Robards has three half-brothers and two half-sisters from both his parents. Though his parents divorced, his siblings are close to each other because of their bond with his mother.
He studied in Sarah Lawrence, Private Liberal Arts College in Southern Westchester County, New York, from where he had to drop out due to poor performance and bad behavior. Later, he attended the National Theatre Institute at the Eugene O’Neill Theatre Centre in Waterford, Connecticut, USA, in 1980. He also studied drama at HB Studio, Greenwich Village, New York City and started taking life more seriously.
Sam was a handsome and easygoing youngster who did not want to become an actor initially. However, his parents encouraged him to enter show business and gave him full support to find his feet in the industry. At the same time they warned him of the tough competition and made it clear that acting involved hard work to be a success.
Continue Reading Below
You May Like

The Sexiest Men Of 2020, Ranked
Career
He made his first professional appearance on stage in the Off-Broadway production in the play, ‘Album’ in 1980. He then went on to act in the feature film ‘Tempest’ directed by Paul Mazursky in 1982, where he put up an impressive performance as the suitor of Molly Ringwald.
He appeared with his father in the film ‘Bright Lights - Big City’, which is their only performance together on screen till his father died of lung cancer in the year 2000. He also appeared alongside his mother in the movie ‘Pret-a-Porter’ in 1993.
The following year he played the role of a journalist, Harold Ross, in the biopic film ‘Mrs Parker and the Vicious Circle’ directed by Alan Rudolph. By then he was an established actor and in the coming years he featured in a number of movies including ‘American Beauty’, ‘Casualties of War’ and ‘The Other Side of the Tracks’. He also contributed with his voice for the documentary, ‘The Trial of Adolph Eichmann’.
Robards followed his father’s footsteps to Broadway and appeared in a number of plays including a superb performance in ‘The Man Who Had All the Luck’ and ‘The 39 Steps’.
He made his TV movie debut with a lead role in ‘Jacob Timerman: Prisoner Without a Name, Cell Without a Number’ on NBC. He also has quite a few recurring roles on television serials, where he appears on ‘Sex and the City’, ‘Law and Order : Criminal Intent’ and ‘The West Wing’.
Major Works
He has acted in a number of films including ‘Fandango’, ‘Beautiful Girls’, ‘Life as a House’, ‘A.I. Artificial Inelegance’ and ‘The Art of Getting By’.
His best known theatre performances are ‘The man Who Had All the Luck’, ‘The Philadelphia Story’ and ‘The 39 Steps’.
His television credits include appearances in the serials ‘Twisted’, ‘Gossip Girl’, ‘The Outer Limits’ , TV 101 and ‘Sex and the City’.
Awards & Achievements
He was nominated for a Young Artist Award in 1983.
In 2002, he was nominated for the Tony Award for Best Actor for his role in the Broadway play, ‘The Man Who Had All the Luck’ directed by Arthur Miller.
Personal Life & Legacy
Hie married former actress, environmental advocate and model, Suzy Amis, in 1986, but the marriage ended in a divorce after eight years. They had a son named Jasper, born in April 1990. Suzy later went on to marry film director James Cameron.
After some time, Robards married Danish model and actress Sidsel Jensen in 1997. The wedding ceremony was conducted in Copenhagen, Denmark. They have two sons named Calvin and Sebastian.
Trivia
He met his first wife, Suzy Amis, while shooting for the movie ‘Fandango’.
He is the grandson of Jason Robards Sr. and Godson of Katharine Hepburn.
You May Like

See the events in life of Sam Robards in Chronological Order