Sam Elliott is an American actor, famous for playing characters like ‘General Ross’ in ‘Hulk’ (2003) and ‘Carter Slade’ in ‘Ghost Rider’ (2007). Well-built, tall, and blessed with rugged good-looks, he was often cast as a cowboy and rancher. His deep, resonant voice and Western drawl added to his charm as the quintessential on-screen American cowboy. Well-known for his passion for acting and dedication towards his profession, Elliot knew from the time he was a child that he was meant to be an actor. He was an obstinate youngster who often got into arguments with his father who disapproved of his choice of profession. As a college student, he played one of the leads in a stage production and received rave reviews for his performance. Soon, he decided to make it big in Hollywood. He began his acting career on stage and made his film debut in ‘Butch Cassidy and the Sundance Kid’ in 1969. Subsequently, he became a good candidate for Western movies, and was frequently cast as a cowboy and rancher. When the popularity of Western films began to decline, he ventured into television and established himself as a successful television actor. Well past his prime, the gutsy actor shows no signs of slowing down as he is as active as ever in films and television. 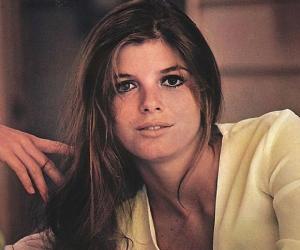 American People
American Men
California Actors
University Of Oregon
Tall Celebrities
Childhood & Early Life
He was born Samuel Pack ‘Sam’ Elliott on August 9, 1944, in Sacramento, California. His mother worked as a physical training instructor, while his father worked for the ‘Department of the Interior.’
He went to ‘David Douglas High School’ in Portland. After graduation, he enrolled at ‘Clark College’ in Vancouver, Washington, where he completed a two-year program.
He loved watching movies from a young age and was just nine when he realized that he wanted to be an actor. While in college, he appeared in a stage production of ‘Guys and Dolls’ as one of the leads. His performance was appreciated in a local newspaper which motivated him further to follow his passion.
He studied acting in Los Angeles and worked part-time in construction in order to pay his bills. He also served in the ‘California Army National Guard’ for a short period. 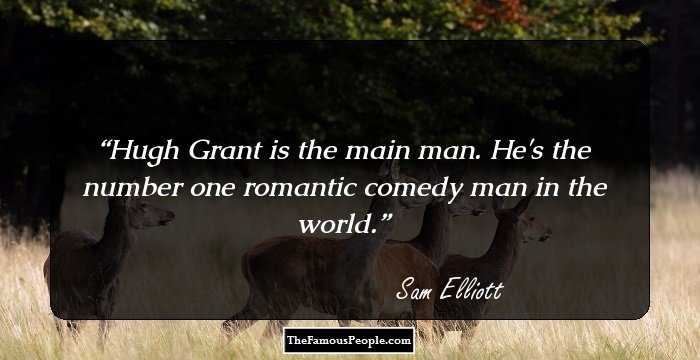 Continue Reading Below
Career
He started his career as a stage actor before moving on to films. His role as a ‘Card Player’ in the movie ‘Butch Cassidy and the Sundance Kid’ in 1969 was one of his initial film roles.
Good-looking and talented, he was able to get several film offers in the 1970s. He played ‘Richie Robinson’ in the 1970 movie ‘The Games,’ which narrated a story of four marathon competitors at a fictitious ‘Olympic Games’ in Rome. ‘Frogs’ (1972) and ‘Molly and Lawless John’ (1972) were some of the other movies he appeared in during the early-1970s.
He also ventured into television in the late-1960s and appeared in shows like ‘Felony Squad’ (1968-69), ‘Land of the Giants’ (1969), and ‘Judd, for the Defense’ (1969). In 1970, he acted in the made-for-television movie ‘The Challenge,’ playing the role of ‘Bryant.’
After playing a series of minor roles in television, he finally got his first substantial role when he was chosen to play ‘Dr. Douglas Robert’ in the television series ‘Mission Impossible’ (1970-71). The series chronicled the missions of a team of secret government agents known as the ‘Impossible Missions Force’ (IMF).
He remained active in both films and television throughout the 1970s. The year 1974 was a very productive one for the actor as he appeared in several television series, such as ‘Doc Elliot,’ ‘Hawaii Five-O,’ ‘The Manhunter,’ and ‘The Streets of San Francisco.’
The 1980s proved to be even more successful for the talented actor. He played a wife killer in the miniseries ‘Murder in Texas’ (1981), and then appeared in ‘A Death in California’ (1985). From 1983 to 1984, he acted in 22 episodes of a television series titled ‘The Yellow Rose.’ In 1986, he played an important role in a television movie titled ‘Gone to Texas.’
In 1995, he played ‘Wild Bill Hickok’ in the television film ‘Buffalo Girls,’ which was adapted from the 1990 novel of the same name by Larry McMurtry. His portrayal of the legendary folk hero was much appreciated by the audience.
In the 2003 movie ‘Hulk,’ Sam Elliott played ‘General Thaddeus Ross,’ a United States military officer and father of Hulk’s love interest ‘Betty Ross,’ played by Jennifer Connelly. The movie was based on the fictional ‘Marvel Comics’ character of the same name.
His role of ‘Maynard Finch,’ in the comedy-drama ‘Up in the Air’ in 2009, earned him praise from the audience and critics. The next year, he voiced the character of ‘Chupadogra’ in the movie ‘Marmaduke.’
Continue Reading Below
Though he is well past his prime, Elliott is still very much active as an actor. He played the charming love interest of an elderly lady in the 2015 film ‘I'll See You in My Dreams.’
The versatile actor has also done voice over works in films like ‘The Good Dinosaur’ (2015) and ‘Rock Dog’ (2016). He played the lead role in the period drama movie ‘The Man Who Killed Hitler and Then the Bigfoot’ in 2018.
In 2018, he also appeared in a supporting role, playing ‘Bobby Maine’ in the super hit musical romantic-drama ‘A Star Is Born,’ alongside Bradley Cooper and Lady Gaga. For his portrayal of a supportive brother and manager, he received many awards and nominations.
From 2016 to 2018, he appeared as ‘Beau Bennet’ in the TV series ‘The Ranch’ where he played his role in 60 episodes. He also did guest roles in series like ‘American Dad!’ and ‘Grace and Frankie.’ For movies like ‘The Gettysburg Address’ and ‘Lady and the Tramp,’ Elliott was chosen to play voice-over roles. 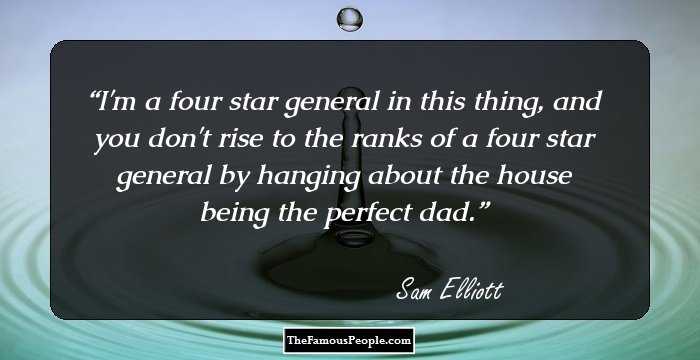 Major Works
His portrayal of ‘Maynard Finch,’ the chief pilot, in the comedy-drama film ‘Up in the Air’ is one of his best performances. The film was a huge commercial success and was nominated for two awards.
For his role in the movie ‘A Star Is Born,’ where he portrayed the character of ‘Bobby Maine,’ he received a nomination for ‘Best Supporting Actor’ at the ‘Academy Awards.’ He also won many awards in other prestigious award ceremonies.
Awards & Achievements
He was nominated for ‘Primetime Emmy Award’ for ‘Outstanding Supporting Actor – Movie’ and ‘Golden Globe Award’ for ‘Best Supporting Actor - TV Film’ for his role as ‘Wild Bill Hickok’ in the television movie ‘Buffalo Girls.’
His movie ‘Up in the Air’ (2009) was nominated for the ‘Critics’ Choice Award’ for ‘Best Acting Ensemble’ and the ‘WAFCA Award’ for ‘Best Ensemble.’
For his portrayal of ‘Bobby Maine’ in the 2018 movie ‘A Star Is Born,’ he was nominated in the category of ‘Best Supporting Actor’ at the ‘Academy Awards.’ He also won awards in the same category at the ‘Georgia Film Critics Association Award,’ ‘Las Vegas Film Critics Society Awards,’ ‘New Mexico Film Critics,’ and ‘National Board of Review, USA’ among other prestigious award ceremonies. 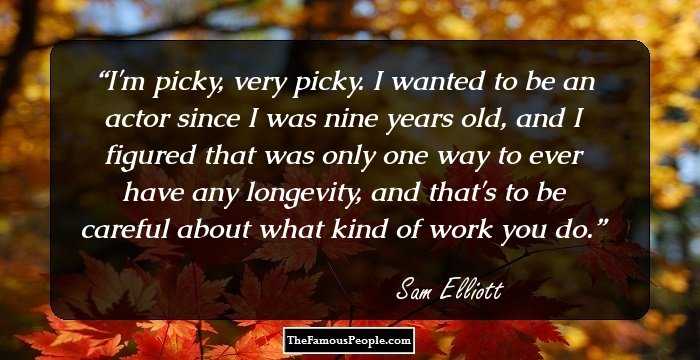 Personal Life & Legacy
Sam Elliott married actor Katharine Ross in 1984. The couple was blessed with a daughter named Cleo Rose Elliott, who went on to become a musician.

Quotes By Sam Elliott | Quote Of The Day | Top 100 Quotes

See the events in life of Sam Elliott in Chronological Order