Sabbatai Zevi was a rabbi and Kabbalist who claimed to be the long-awaited Jewish Messiah. After several initial rejections, he was finally accepted and revered by the Jewish community around the world in the 17th century. He was interested in a messianic life since a tender age. Zevi's growth was, however, opposed several times. His own Jewish community, too, opposed him once due to the fear of being harassed by the Ottomans. Zevi accepted Islam to please the Turkish sultan but wisely continued to spread his Kabbalistic beliefs. He died in solitude, but his sect continued to flourish and peaked in the 18th century. Turkish People
Leo Men
Childhood & Early Years
Sabbatai Zevi was born on Tisha B'Av, the holy day of mourning (the 9th of Av), 1626, in Smyrna (modern-day Izmir), Turkey, to a Spanish Jewish couple. His father, Mordecai, was a poor poultry dealer but later earned wealth by working as a Smyrnian agent of an English trading house.
According to Jewish customs, Zevi studied the ‘Talmud’ at a Jewish educational institution (“yeshiva”) under the tutelage of Rabbi Joseph Escapa. Simultaneously, as Rabbi Isaac Luria was gaining popularity around that time, Zevi too, developed a keen interest in mysticism and the Jewish mystical writings called 'Kabbalah.' He believed that the 'Kabbalah' was a direct connection to God and the angels.
Zevi preferred solitude. He was married off early but never performed the conjugal duties. Thus, when his wife claimed a divorce, he readily agreed. His second marriage, too, had the same fate. Zevi dedicated himself to meditation and prayers and imposed severe mortifications on his body. He was always either in a state of complete joy or immersed in intense grief.
Continue Reading Below
You May Like

See the events in life of Sabbatai Zevi in Chronological Order 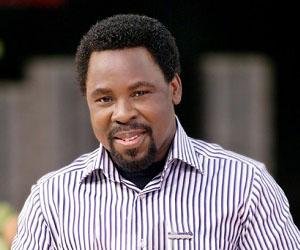