Who was Russi Taylor?

Russi Taylor was an acclaimed American voice actor, famous as the official voice of ‘Minnie Mouse’ (the Disney Character), and the voice of ‘Martin Prince’ from the ‘The Simpsons.’ The talented voice actor had provided voice to innumerable characters during her long career of nearly 4 decades. Born and raised in Cambridge, Massachusetts, she desired to work for ‘Disney’ since her childhood. In the beginning, she voiced ‘Strawberry Shortcake’ in 6 ‘Strawberry Shortcake’ specials, and also worked for ‘Hanna-Barbera.’ After winning an audition for the role of ‘Minnie Mouse,’ she became the voice of ‘Minnie’ for over 30 years in numerous Disney projects. She also voiced other Disney characters, including ‘Huey, Dewey, Louie’ and others. She was the voice of ‘Martin Prince’ and twins, ‘Sherri’ and ‘Terri,’ in ‘The Simpsons.’ Apart from these well-known characters, Taylor had given voice to several other characters in projects such as ‘Muppet Babies,’ ‘The Smurfs,’ ‘The Little Mermaid,’ ‘Flintstones,’ etc. Taylor was married to Wayne Allwine, who voiced ‘Mickey Mouse’; the two were named ‘Disney Legends.’ She died of colon cancer at 75.

See the events in life of Russi Taylor in Chronological Order 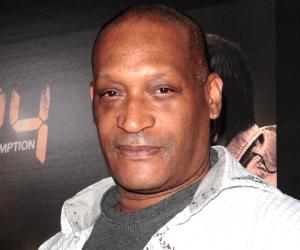