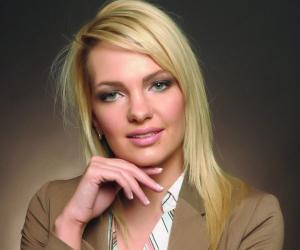 Who is Hank Azaria?

Henry Albert Azaria, popularly known as Hank Azaria, is an American actor, comedian, voice actor, and producer. He is best known for his work in the popular animated TV comedy series ‘The Simpsons,’ which has been running since 1989. Created by Matt Groening, ‘The Simpsons’ is a hugely successful series known for its satirical depiction of working-class life and parodies of the American culture and society. Other than his work in the series, Azaria is also known for his work in several successful films, such as ‘Godzilla,’ ‘Run Fatboy Run,’ and ‘The Smurfs.’ He also played a significant supporting role in the American comedy series ‘Mad About You.’ He played the lead role in the American comedy series ‘Huff,’ which aired for two seasons. His work in television has earned him much acclaim and six ‘Emmy Awards.’ He directed and produced a short film named ‘Nobody’s Perfect.’ The film also starred him in the lead role. Apart from acting, he is also known as a poker player. He has appeared twice in the well-known American game show ‘Celebrity Poker Showdown.’ His father ran several dress manufacturing businesses. His mother was a homemaker who raised Azaria along with his two sisters. Before her marriage, she used to be a publicist for ‘Columbia Pictures.’

Azaria attended ‘Kew-Forest School,’ located in Forest Hills. It was at the age of 16 that he made the decision to become an actor, after taking part in a school play.

Later, he attended ‘Tufts University’ where he studied drama. During this time, he became friends with Oliver Platt, and they took part in several productions, such as ‘The Merchant of Venice,’ a famous play by Shakespeare.

Azaria also attended the ‘American Academy of Dramatic Arts.’ He wasn’t confident about his acting skills. Though he had made up his mind to pursue a career as a professional actor, he didn’t expect much success. Nevertheless, he decided to give it a shot as he didn’t want to regret for not having tried. 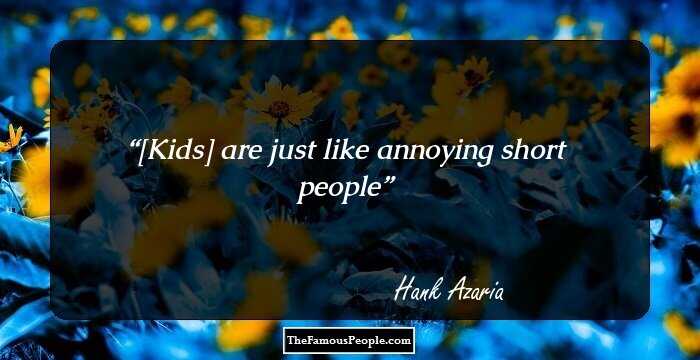 Along with Platt, Hank Azaria set up his own company named ‘Big Theatre.’ The company staged only one play titled ‘The Dumb Waiter’ by Harold Pinter. Later, he realized that a career in TV would provide more opportunities, and hence moved to Los Angeles.

He made his TV debut in an episode of the American comedy drama series ‘Joe Bash,’ which was created by Danny Arnold. However, his role was edited out before the show was broadcast.

In 1989, he began working in the animated TV series ‘The Simpsons,’ for which he started earning much popularity and acclaim. The show focused on an American family living in a fictional town called ‘Springfield.’ The series was meant to be a parody of the American society and culture. Azaria voiced several characters, such as the town bartender ‘Moe Szyslak’ and ‘Bumblebee Man.’

Azaria has been working on the show since 1989, and it has proved to be one of the most important and successful works of his career. His performance in the show has won him four ‘Emmy Awards.’

His voice-acting skills in ‘The Simpsons’ earned him several other significant roles. He played a main role in ‘Herman’s Head,’ an American comedy which aired from September 1991. Created by Andy Guerdat and Steve Kreinberg, the show ran for three seasons.

He also played a supporting role in the American comedy series ‘Friends.’ He voiced ‘Eddie Brock / Venom’ in a few episodes of ‘Spiderman - The Animated Series.’

He made his film debut in the 1990 American romantic comedy ‘Pretty Woman.’ Directed by Garry Marshall, the film was a huge commercial hit.

Other significant television works by Azaria include his role in the American comedy series ‘Huff,’ where he played the lead role. The show aired from 2004 to 2006, covering two seasons. He also played the lead role in another TV series titled ‘Free Agents,’ which aired in 2011. Later, he had a recurring role as ‘Ed Cochran’ in the TV series ‘Ray Donovan’ from 2014 to 2016.

Hank Azaria is also known for his role in the popular animated comedy film ‘The Smurfs’ as well as its sequel ‘The Smurfs 2,’ released in 2011 and 2013 respectively. Based on the comic book series of the same name, the films were huge hits.

In April 2017, he started playing the lead role of ‘Jim Brockmire’ in the American TV comedy series ‘Brockmire.’ The series aired its final episode on May 6, 2020.

He has also appeared in the TV movie ‘The Wizard of Lies’ and had a supporting role in the movie ‘Norman.’ He has also been credited for voicing many characters in several video games. 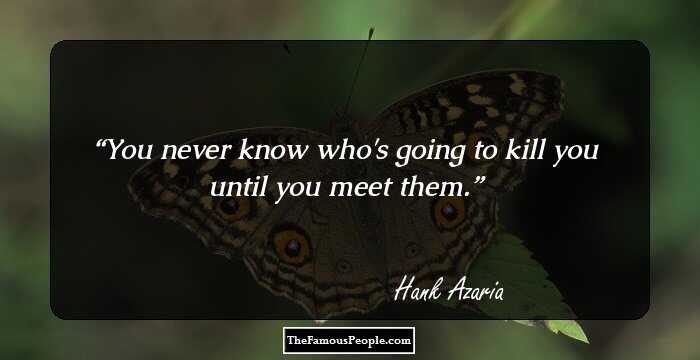 Hank Azaria’s work in the popular American comedy series ‘The Simpsons’ can be regarded as the most significant work of his career. Created by Matt Groening, it has been airing since 1989. The series, which is about the Simpsons family living in the fictional American town of ‘Springfield,’ is meant to parody the American culture and society. The show earned huge popularity worldwide and has received numerous awards. Azaria has received a total of four ‘Emmy Awards’ for his work in the series.

Azaria played the lead role in the TV series ‘Huff,’ which started airing in 2004. He played the role of a psychiatrist whose life takes a turn after a young client commits suicide in his office. Created by Bob Lowry, the show also starred actors like Paget Brewster, Anton Yelchin, Andy Comeau, Kimberly Brooks, and Faith Prince.

Hank Azaria played a supporting role in the famous 1998 monster film ‘Godzilla.’ Directed by Roland Emmerich, the film also starred actors like Matthew Broderick, Jean Reno, Maria Pitillo, and Kevin Dunn. The film was a commercial success and also received several awards. However, it was met with negative reviews from critics. As a continuation of the film, an animated series was later released on Fox network.

He is also known for his work in the animated comedy movie ‘The Smurfs.’ Directed by Raja Gosnell, the film was based on a comic book series of the same name. The film released in June 2011, and became a huge commercial success. A sequel titled ‘The Smurfs 2’ released in 2013.

Hank Azaria has won a total of six ‘Emmy Awards’ in his career. He won four of them for his work in ‘The Simpsons’ and the other two for his work in the TV shows ‘Ray Donovan’ and ‘Tuesdays with Morrie.’

Other awards won by him include the ‘Screen Actors Guild Award’ and ‘Annie Award.’ 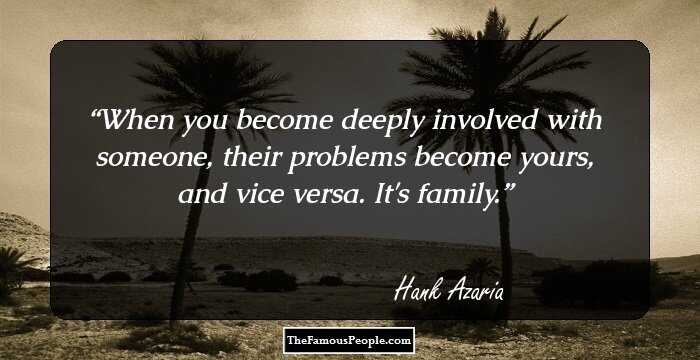 Hank Azaria dated actress Julie Warner in the early-1990s. Later, he started dating actress Helen Hunt whom he eventually married in 1999. Unfortunately, the marriage ended within a year after Hunt filed for divorce.

Quotes By Hank Azaria | Quote Of The Day | Top 100 Quotes

See the events in life of Hank Azaria in Chronological Order