Rosalie Van Breemen is a Dutch model, journalist and presenter who achieved worldwide fame as one of the judges of the show ‘Holland’s Next Top Model’ and went on to feature in several films and television shows along with brand endorsements. She eventually became one of Holland’s most famous models. As a presenter, she worked in Holland and France for many TV networks and in 2012, launched her very first reality show. She also happens to be a renowned author and has written books related to divorce, fame and success. Known to be quite vocal about her ‘extremely rough childhood’, Rosalie is known as an inspiration in her native country and that is one reason for her massive fan following in Holland. Apart from being an active model, Rosalie is involved in journalism, which she mentions as her core area of interest. She has also hosted many seasons of ‘Holland’s Next Top Model’, a popular Dutch show providing platform to young and upcoming models. Her personal life has also been quite in the news for her marriages, divorces and affairs, and yet, her popularity refuses to die, and she remains one of the most followed figures in Holland. Dutch People
Leo Models
Dutch Models
Female Models
Dutch Female Models
Childhood & Early Life
Rosalie Breemen was born in Utrecht, Holland, on 2nd August 1966. She did her early schooling from her hometown. She mentions that her family lived in dire conditions which made her a severely low confident child.
She went to the Blaucapel College for her higher education and somehow her fate took a turn and she participated in a pageant contestant and afterwards started enrolling herself into beauty contests while keeping journalism as a backup, in case modelling didn’t turn out as she expected.
You May Like

The Best Black Actresses Of All Time
Career
Rosalie Breemen started early and her first brush with fame happened with ‘Miss Panorama’ contest held in 1982, while she was a 15 year old teenager. The Dutch modelling contest got her in the eyes of several modelling agencies, but she focused on her studies, studying German language and Law. But somehow, a talent scout eyed her accidentally and approached her to work with him.
He asked her to come to the fashion capital of the world, Paris, and try out her luck, which she agreed to, and she never looked back. Following an international modelling career, she was named the winner in South Korea’s ‘Miss World University’ in Seoul. In 1984, she entered the ‘Miss International’ competition held in Holland. Although, she was one of the most loved contestants, she returned empty handed from the competition.
Perfectly utilizing her fame, Rosalie became a Pop show presenter at the age of 18 at NCRV networks. Alain Delain, who she would later date, approached her to feature as the background singer for a video titled ‘Comme Au Cinema’. This also turned out to be her farewell to the modelling career. She wrote a book about ‘how to get over a divorce and make yourself famous’ when she divorced her husband, Alain Afflelou, and later wrote one more book titled ‘En Ze Leefde Nog Lang En Gellukig’, which got published in Paris and Amsterdam respectively in 2009 and 2010.
Presently, Rosalie works as a journalist in her home country Netherlands and is indulged in writing essays, columns and interviews for the prestigious publications such as Margriet, Grazia, Elsevier, Elegance and Man among many others. She also had the honour of hosting the talk show ‘RTL Boulevard’ and ‘Zondag Effect’ and has appeared as a jury and coach in the 5 seasons of ‘Holland’s Next Top Model’, for which she is known around the globe.
She also appeared on a very controversial yet popular TV reality show ‘Ex-Wives Club’, where she mentors and provides emotional support to the divorced women. The show went on air in 2007 and in 2013, she became a cast member for the first season of TV show ‘Sabotage’.
Personal Life
Rosalie started dating Alain Delon in 1987, after he offered a role in a video clip, which also happened to be her first stint in front of camera. He manipulated Rosalie to give up on her modelling career and to do something worthwhile with her talent. However, the couple never married; they dated for a long time and became parents to two children Anouchka, who was born in 1990 and Alain Fabien, born in 1994. The couple finally called it quits in 2002 after 15 years of relationship.
The very same year that Rosalie broke up with her boyfriend, she started dating French business tycoon, Alain Afflelou. Her second courtship was also doomed to fail from the very start and in 2008, the couple got divorced. Rosalie has maintained a single status since then.
Her son, Alain Fabien, was involved in a drug related incident in 2011, after he was shot and almost got killed by his 16 year old friend. Both the teenagers were under the influence of drugs and Alain was subjected to five months of prison sentence. Rosalie received a lot of flak from media due to the ‘lack of values’ in her young son.
You May Like 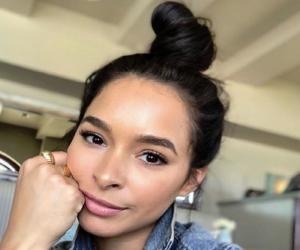 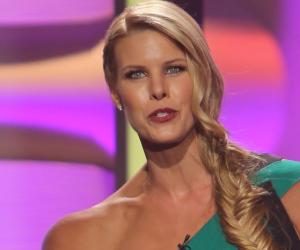