Ronald “Ron” Leibman was an American veteran actor and writer known for creating, writing, and starring as the titular character in the TV series ‘Kaz’, for which he won an Emmy award. Over the course of his five and a half decades long career, he appeared in all three major media of performing arts: films, television, and theatre, and came to be regarded as one of most the prominent character actors that the entertainment industry has ever produced. Leibman harboured acting aspirations from an early age and was active in the theatre scene of his hometown. After he was done with college, he enrolled at the Actors Studio. From 1959 onwards, he had been performing in off-Broadway productions and debuted on Broadway in 1963 with the play ‘Dear Me, The Sky Is Falling’. He also made his screen debut that year, appearing in an episode of ‘The DuPont Show of the Week’. Besides ‘Kaz’, he has done other important projects including ‘Slaughterhouse-Five’, ‘The Super Cops’, ‘Phar Lap’, ‘Pacific Station’, ‘A Question of Guilt’ and ‘Rhinestone’. He portrayed the recurring character Ron Cadillac in the popular adult-animated show ‘Archer’.
Continue Reading Below 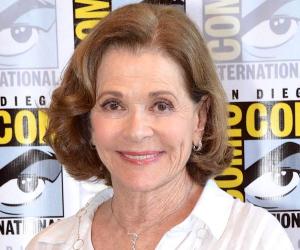 American Celebrities
American Men
New Yorkers Actors
Tall Celebrities
Tall Male Celebrities
Childhood & Early Life
Born on October 11, 1937, in New York City, New York, Ron Leibman is the son of Grace (née Marks) and Murray Leibman. He grew up in a middle-class household with his father providing for the family as a garment businessman.
He attended Ohio Wesleyan University, and during his time there, became involved with ‘The Compass Players’, a famous improvisational troupe that performed cabaret revue from 1955 to 1958 in Chicago and St. Louis. After graduating from Ohio Wesleyan in 1958, Leibman studied at the Actors Studio in New York City.
Continue Reading Below
You May Like

The Hottest Male Celebrities With The Best Abs
Stage & Television Career
After finishing his course at the Actors Studio, Ron Leibman started his career in off-Broadway, appearing in various capacities in several productions. The 1963 production of ‘Dear Me, The Sky Is Falling’ was his first outing on a Broadway stage. He followed that up by playing Rip Calabria in the very first production of Robert Thom’s ‘Bicycle Ride to Nevada’ (1963). In 1964, he performed as Captain Salzer in a production of ‘The Deputy’ by Rolf Hochhuth.
He also appeared as Sergeant Henderson in ‘We Bombed in New Haven’ (1968), Herb in ‘I Ought to Be in Pictures’ (1980), Lennie in ‘Doubles’ (1985), and Lenny Ganz in ‘Rumors’ (1988).
He received the Tony Award for Best Actor for his portrayal of Roy Cohn in the 1993 production of Tony Kushner’s Pulitzer Prize-winning play ‘Angels in America’. In 1995, he played Shylock in an off-Broadway production of ‘The Merchant of Venice’.
After making his first screen appearance in 1963 in NBC’s anthology drama ‘The DuPont Show of the Week’, he played cameo roles in a variety of television shows, including CBS’ mystery soap opera ‘The Edge of Night’ (1964), ABC’s crime-drama ‘Hawk’ (1966), and NBC’s crime-drama ‘Police Story’ (1975) as well as starred in numerous made-for-television films, such as ‘Ride with Terror’ (1963), ‘A Question of Guilt’ (1978), ‘Many Happy Returns’ (1986), and ‘Don King: Only in America’ (1997).
In his later years, he portrayed Detective Al Burkhardt in NBC’s sitcom ‘Pacific Station’ (1991-92), media mogul Allen Rush in CBS’ soap opera ‘Central Park West’ (1995-96), newly-married Stan Peterson in Fox’s sitcom ‘Holding the Baby’ (1998) and Rachel Green’s father Dr. Leonard Green in the iconic NBC sitcom ‘Friends’ (1996-2004).
More recently, he appeared in the series ‘Archer’ (2013-16) as businessman Ron Cadillac, the husband of his real-life wife Jessica Walter’s character Malory Archer. Besides this, they have also previously worked together in Neil Simon's play ‘Rumors’ and played husband and wife in the 2002 comedy-drama film ‘Dummy’ and in the episode ‘House Counsel’ (1995) of NBC’s police procedural drama ‘Law & Order’.
Film Career
Ron Leibman made his film debut in 1970, portraying the character Sidney Hocheiser in the satirical comedy ‘Where’s Poppa’. He played the single-minded stalker Billy Pilgrim in the film adaptation of Kurt Vonnegut's 1969 novel ‘Slaughterhouse-Five’, deranged NYPD troubleshooter "Batman" in ‘The Super Cops’ (1973), union organizer Reuben Warshowsky in ‘Norma Rae’ (1979), loud and angry horse racing promoter Dave Davis in ‘Phar Lap’ (1984), and the sleazy manager of an urban cowboy nightclub in New York City, Freddie Ugo, in ‘Rhinestone’ (1984).
Leibman’s last film was the 2010 romantic-comedy ‘A Little Help’, in which he co-starred with Jenna Fischer, Chris O'Donnell, and Brooke Smith.
He held the acting department chair at The New School in New York City.
Continue Reading Below
Major Works
Ron Leibman and screenwriter Don Carlos Dunaway co-wrote ‘Kaz’, a weekly crime-drama that premiered on April 14, 1978 on CBS. He played the titular character Martin "Kaz" Kazinsky, a Polish-American ex-convict, who, after his release from prison, becomes a criminal defence attorney. Despite the show winning widespread critical acclaim, and Leibman receiving an Emmy for his performance, it was cancelled after one season. Disheartened, Leibman reportedly stated that he would never do a television show again. However, he went on to have a lengthy television career after this.
Awards & Achievements
Ron Leibman received two Drama Desk Awards for Outstanding Performance for ‘We Bombed in New Haven’ (1968) and ‘Transfers’ (1970).
He won two Obie Awards for Best Performance for ‘Transfers’ and ‘The Merchant of Venice’ (1995).
He took home the Primetime Emmy Award for Outstanding Lead Actor In A Drama Series for ‘Kaz’ in 1979.
In 1993, Leibman won the Drama Desk Award for Outstanding Actor in a Play and the Tony Award for Best Lead Actor in a Play for ‘Angels in America’.
Family & Personal Life
Ron Leibman was married twice. He and his first wife, singer and actress Linda Lavin, wed on September 7, 1969. After 12 years of marriage, they divorced in August 1981.
He met actress Jessica Walter exactly a year later, in August 1982. Leibman has famously stated that it was loneliness that brought them together while Walter maintains that it was love. Either way, they married on June 26, 1983. Neither union produced any children but Leibman helped Walter in raising her daughter, Brooke, from her previous marriage to Ross Bowman, a former Broadway stage manager and film director.
Ron Leibman died of pneumonia in Manhattan on December 6, 2019, at the age of 82.
Trivia
Leibman is often mistaken for Ron Liebman, a prominent baseball researcher, author, statistician, and trivia expert for the Society for American Baseball Research, and vice versa.

See the events in life of Ron Leibman in Chronological Order