(Businessman, Author and Founder of 'Rich Global LLC' and the 'Rich Dad Company')

Advanced Search
Robert Kiyosakiis a legendary figure who has changed the way how people look at money. An entrepreneur, investor, author and motivational speaker by profession, he audaciously is said to have commented that the reason why most of the people today are struggling financially is because despite years of formal education and training, they do not know anything about money. He is the author of the book, ‘Rich Dad Poor Dad’, which ever since the time of its release, scaled to become the number one personal finance book of all time. The book draws a comparison between his biological dad who was educated but poor and fictitious dad who was a college dropout but the wealthiest man in Hawaii. Today, a stalwart in his own right, this tycoon entrepreneur however had the most humble beginning. Interestingly, the man who has become a multi-millionaire teaching people how to become rich was himself a failure at one point of time and had twice gone bankrupt with his business ventures. However, he did not succumb to the downfall and instead started teaching people how not to become poor and evade erroneous financial decisions. Candace Owens
8th April In History
DID WE MISS SOMEONE?
CLICK HERE AND TELL US
WE'LL MAKE SURE
THEY'RE HERE A.S.A.P
Quick Facts

American People
American Men
Aries Writers
Male Writers
American Writers
Childhood & Early Life
Robert Kiyosaki was born to Ralph H Kiyosaki in Hilo, Hawaii. He had a Japanese American ancestry. His father was a teacher and instructor by profession, which enabled young Kiyosaki to attend better educational institutes.
He attained his preliminary education from Hilo High School, after which he enrolled at the U.S. Merchant Marine Academy in New York, graduating from the same as a deck officer in 1969. 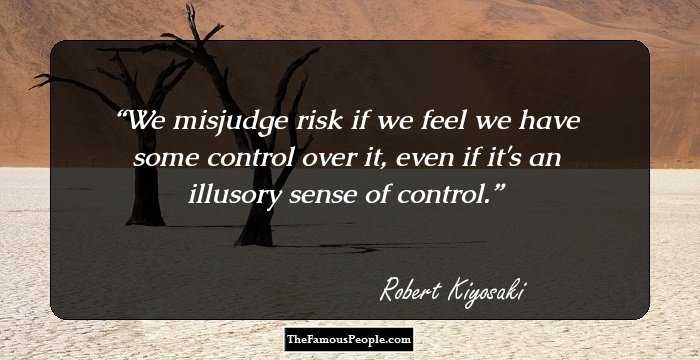 Continue Reading Below
Career
Completing his education, he started working on merchant ships, which allowed him to travel to various parts of the world. These journeys exposed him to new cultures and new ways of life. Furthermore, he witnessed extremes of poverty that people faced around the world. These voyages left a profound impact on him.
In 1972, during the Vietnam War, he served as a helicopter gunship pilot in the Marine Corps. For his service, he was awarded with the Air Medal. Two years later, he left the Marine Corps. However, instead of returning to Hawaii he moved to New York.
From 1974 until 1978, he took up the profile of a salesman for Xerox Corporation selling copy machines. Meanwhile in 1977, having saved enough money, he started a company of his own that brought forth to the market the first nylon and Velcro ‘surfer’ wallets.
As a means to limit the cost of the wallets, he did not pay heed to the quality of the product which led to a downfall in the demand, thus causing financial losses to the company. A bankruptcy became inevitable.
Towards the beginning of the 1980s decade, he initiated a business that licensed T-shirts for heavy metal rock bands, such as Motley Crue. Though the business brought forth exceptional financial success initially, with a change in trend, the preference for heavy metal band gave way to softer music which led to a decline in demand. The company became insolvent in 1985.
During his booming period of his second venture, he invested money in stock and shares and real estate. However, as time passed and business declined, his debts to banks also increased. In order to repay the same, he was left penniless and homeless.
Despite reaching the rock bottom pit low mark of his life, he did not lose hope and instead used his experience and knowledge to help people and educate them on how to avoid bankruptcy and achieve financial success.
Interestingly, though his experiences and the modest state of living contradicted his profession, ne nevertheless took to teaching people how not to become poor and make wrong financial decisions
He began working as a motivational speaker for a personal growth seminar business called Money and You, along with D.C Cordova. The three-day seminar mostly focussed on teaching students the works of Buckminster Fuller. Predominantly present only in Canada and United States, the popularity of the business allowed them to spread their wings to Australia and New Zealand as well.
Continue Reading Below
The popularity, growth and universal appeal of this business venture turned profitable and he became a multi-millionaire. However, he did not continue the same for long and instead left Money and You in 1994 to take up early retirement. He was only 47 years of age then.
Not the one to be completely idle, he actively pursued wealth by investing in stock and shares and real estate market. However, since he had given up on regular work and had time to spare, he started concentrating on writing a book.
Following the footsteps of his educator ‘poor dad’, and guidance and advice of his ‘rich dad’ (who in reality was his friend’s dad) he concentrated on amalgamating the two lines of beliefs to come up with a book which highlighted the teaching of both his rich dad and poor dad.
He collaborated with Sharon Lechter and together they co-wrote the first ‘Rich Dad, Poor Dad’ book. However, they could not find a publisher for the same and hence decided on publishing it on their own.
Meanwhile, after three years of hiatus, he came back from retirement and launched a business and financial education company titled, Cashflow Technologies Inc. The company is co-owned by his wife, Kim Kiyosaki and co-writer Sharon Lechter and owns and operates the brands, Rich Dad and Cashflow.
‘Rich Dad Poor Dad’, published in 2000, advocates financial independence and teaches its readers the importance of building wealth through investments in real estate and the starting and owning of business. The book sold ten million copies becoming a bestseller.
The success of the book led to the release of the future works, Rich Dad's CASHFLOW Quadrant and Rich Dad's Guide to Investing. Furthermore, he released a dozen of other books.
In 2002, he bought silver mine in South America and took control over a gold mining company in China.
In 2010, he appeared at The Alex Jones Show wherein he revealed his assets including big apartment complexes, hotels and golf courses. He is also the head and investor of oil drilling operations as well as oil wells and even a startup solar company. 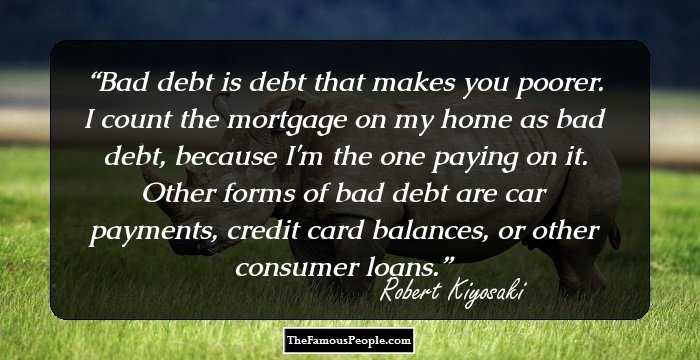 Quotes: You, Home
Major Works
His first three books, ‘Rich Dad Poor Dad’, Rich Dad's ‘CASHFLOW Quadrant’, and Rich Dad's ‘Guide to Investing’, have been number one on the top 10 best-seller lists simultaneously on The Wall Street Journal, USA Today and the New York Times. It was the success of these books that propelled him to further continue with the series which today comprises of 15 books which together have done a business of over 26 million.
Trivia
This author of the book, ‘Rich Dad Poor Dad’, initiated two companies in the initial years of his life, first selling nylon and Velcro ‘surfer’ wallets and later on selling certified heavy metal rock band T-shirts both of which crashed and left him bankrupt. 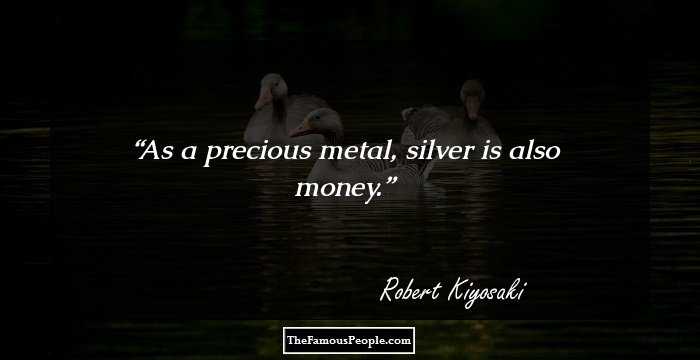 Quotes: Money
Personal Life & Legacy
In 1986, he tied the knot with Kim Meyer, who is an entrepreneur, investor, author, and motivational speaker.
Over the years, Kiyosaki has given financial advice on a number of television news channels including CNBC, Fox Business, and Bloomberg. Additionally, he appeared on programs such as The Oprah Winfrey Show, Fox and Friends, Larry King Live, The O'Reilly Factor, The Alex Jones Show, Glenn Beck, and Your World with Neil Cavuto.

Quotes By Robert Kiyosaki | Quote Of The Day | Top 100 Quotes

See the events in life of Robert Kiyosaki in Chronological Order