Robert Rinder is a British TV host and barrister, best known for hosting the show Judge Rinder. Born and raised in North London, Robert grew up in a dysfunctional family and witnessed his parents’ divorce as a kid. He went on to complete his high-school graduation and joined the University of Manchester for higher studies. He also aspired to become an actor, which led him to join the National Youth Theatre. However, he quit acting soon. Following his graduation, he became a lawyer and then a barrister. He specialized in financial crimes and frauds. In 2014, he began appearing on the show titled Judge Rinder, which became a huge success. He went on to become a TV celebrity, hosting more shows such as Judge Rinder’s Crime Stories, Good Year Bad Year, and The Rob Rinder Verdict. He also appeared on the celebrity dance reality TV show titled Strictly Come Dancing. He is also a part-time author. He is gay and is a close friend of famous British actor Benedict Cumberbatch. 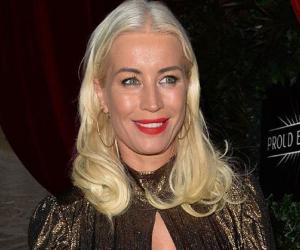 Robert Michael Rinder was born on May 31, 1978, into a middle-class Jewish family in London, U.K. His maternal ancestry goes back to the Russian Empire. He is black from his father’s side. His grandfather was sent to a concentration camp during the Second World War, and following Germany’s defeat, the British Jewish community asked their government to help the prisoners of the camp. Hence, his grandfather came to the U.K. and settled in London.

His father worked as a cab driver in London, while his mother owned and ran a publishing company. However, his parents did not get along, and they divorced when he was quite young. His mother, Angela Cohen, raised him singlehandedly.

He was raised in a highly liberal environment and grew up embracing acting. He had aspired to become an actor ever since he was a kid. He joined the National Youth Theatre when he was still young and ended up receiving training in acting for many years.

Meanwhile, he also pursued his academics at the Osidge Primary School. He later joined the Queen Elizabeth’s School for Boys, from where he pursued his high-school graduation.

While at the university, Robert Rinder befriended Benedict Cumberbatch, whom he admired as an actor. He later said in an interview that he quit acting because he knew he could not compete with actors such as Benedict. However, he remained a lifelong friend of Benedict.

Apart from acting, his core interests include politics. He joined the University of Manchester and studied politics and modern history. He excelled in both the subjects and ended up graduating with double first-class grades.

Robert Rinder became a pupil at 2 Paper Buildings after he joined the bar. He later became a professional lawyer and mostly dealt in financial crimes such as money laundering and frauds. International frauds also came under his area of expertise.

He describes his time as a pupil as one of the hardest years of his life and once mentioned that it was an emotionally taxing experience for him. He later became a criminal barrister and dealt in common law, too.

Following this, he began specializing in criminal law. He mentioned that it was easier, as the cases could be wrapped up quickly. A few years later, he met an “influential solicitor” in Birmingham, who began training Robert.

One of the most important cases of his career was the one of the January 2003 shootings of Letisha Shakespeare and Charlene Ellis. It was the breakthrough case of his life, as after that, he began getting many high-profile cases of crime and frauds. One such case that attracted national attention was the one involving the murders of a few detainees. The murders were committed by the British armed forces in Iraq. He mentioned that many young men in the British service were as young as 17 years old and that there could have been situations in a place like Iraq where they were unable to tell right from wrong.

He also said that some cases had a huge impact on him. He once defended a man who was accused of carrying firearms. Robert argued that he had done it in self-defense and successfully got his client acquitted. His client was later shot dead

Apart from handling high-profile cases, Robert Rinder also kept alive his aspirations to work in the entertainment industry. He spent his leisure time writing TV show scripts. In the early 2010s, he approached ITV with the idea of a TV show based on the courtroom drama of the 1970s called Crown Court. His idea was rejected by the channel management, but considering the immense success of shows such as Judge Judy, the channel wanted to do something on similar lines. When they conceived an idea, they invited Robert to host the show.

The show called Judge Rinder began airing in 2014. It is often called the “British Judge Judy.” The show featured Robert as an arbitrator, hearing cases and giving his verdicts on civil cases. In the U.K., barristers are supposed to wear a judge’s wig and a robe. Robert decided to wear only the robe. He also kept working as a barrister at 2 Hare Court Chambers.

The show’s format is extremely popular with the viewers. The judge sits in a courtroom-styled studio. Flags and gavels are used for the show, which is not a norm in the U.K. courts but is done to make the set look more attractive and to somehow distinguish it from a real-life courtroom.

The reason for the success of Judge Judy was the fact that Judy did not give out real rulings. She accused Robert of practicing real “law” on the show.

Robert Rinder also received quite a lot of flak for a few other issues. Despite these few drawbacks, the show was hailed as a success.

In 2016, he began hosting another show, called Judge Rinder’s Crime Stories. The show took on real-life criminal cases featuring the reconstructions of murder scenes and interviews with the victims’ families and officers. The show went on to become a success and is currently running on ITV.

Robert Rinder also turned to radio with the show Raising the Bar on BBC Radio, where he was seen conversing with the Lord Chief Justice, Lord Baron Judge.

In December 2017, he launched the show called Judge Rinder’s Crown Court, with a two-episode-long special. It was his ode to the highly successful show from the 1970s. The show was thus being aired after a 3-decade-long hiatus.

Apart from his hosting duties as a celebrity judge on TV, Robert Rinder also appeared as a contestant in the 14th season of the celebrity dance competition show titled Strictly Come Dancing. He and his partner performed well and successfully made it to 10 weeks on the show, but he was eliminated from the show in the 11th week.

In 2015, he authored a book titled Rinder Rules. In addition, he writes columns for publications such as The Sun and London Evening Standard.

Robert has been in a long-term friendship with Benedict ever since the two met as classmates at the University of Manchester. Robert was also the “best man” at Benedict’s wedding in 2015.

He also comes across clients who are homophobic, but Robert has stated that he does not let his sexual orientation come in the way of his rational thinking.

See the events in life of Robert Rinder in Chronological Order 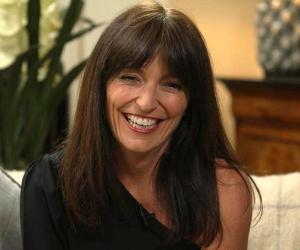 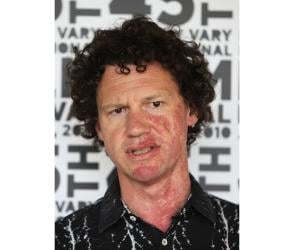